A customer who at one time had around £1,300 in credit in an online betting account with the operator claims he has been trying to withdraw money but could not because he is barred from accessing his account.

Monthly ‘domancy’ fees have been removed monthly since March 2016, and the punter, who wished to remain anonymous, told The Guardian that it “feels like a robbery.” By November 2017, just £512.12 remained in his account, with a total of £827.11 removed. 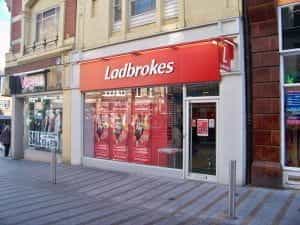 The customer said he had been trying to withdraw the money in his account since 2014, when Ladbrokes told him that due to ‘a business decision’, his account would be closed. At the time it contained £1,289.29.

He funded his account via UKash, which is a now-defunct voucher-for-cash service previously advocated by Ladbrokes as a “quick, easy and secure way to deposit to your account.” Upon attempting to withdraw his outstanding balance, Ladbrokes required evidence of receipts from his UKash voucher purchases, even though the operator made no mention in its terms and conditions of a need to keep hold of receipts, and despite having a full list of voucher numbers.

Ladbrokes refers to its policy on ‘inactive accounts’ on its website, which states that an administration fee of £2 or 5% (whichever amount is greater) will be removed from accounts where no betting activity has taken place for a period of 12 months. All online gambling companies have such a policy but the length of time required to deem an account as ‘dormant’ varies from operator to operator.

I think it is incredible that something like this can happen in the UK…I am an ordinary punter, some of my bets were as small as five pounds. – Anonymous Ladbrokes Customer, speaking to The Guardian

The punter continued: “It’s like going to a bank and depositing your money and then they say, thank you very much but you can’t have it any more. It doesn’t make sense.”

A spokesman from Ladbrokes claimed an internal investigation into the case is underway, and as such, the company could not issue a statement at this time.

Ladbrokes Coral is currently the subject of a takeover bid from rival bookmaker GVC. 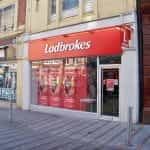