Lessons on Risks of Gambling Trialled in British Schools

Cross-party thinktank Demos has piloted a scheme to teach secondary school children about the dangers associated with gambling after finding that 41% of pupils took part in some form of gambling in the past year. 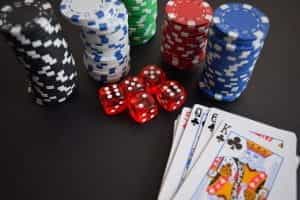 Demos found that 41% of pupils took part in some form of gambling in the past year.

Lessons include both practical and psychological guidance on how to weigh up risk, manage urges to gamble, identify manipulative behaviour by operators, how to find help and support for yourself and how to help others who experience issues with gambling.

The initiative comes amid a steep rise in gambling addiction cases in the United Kingdom, including among children. One survey found that one in six 11-to-15-year-olds admitted to gambling in the past week. The UK Gambling Commission published its annual report on youth gambling in December, highlighting that around 25,000 children between 11 and 16 can be considered problem gamblers.

Many such children are encountering gambling through social media and computer games and the distinction between what constitutes gambling and what does not, has also been highlighted recently in a furore surrounding ‘loot boxes’ in a recently released Star Wars game. The Gambling Commission concluded that further 36,000 children were at risk from becoming problem gamblers, and that Britain is “sleepwalking into a future public health storm.”

Demos emphasised how gambling is barely included in the school curriculum, and set up four separate lessons reaching 650 pupils across the country. Social policy researcher at Demos, Simone Vibert, explained the thinking behind the lessons:

Given that young people are routinely taught about the risks of drugs, alcohol and underage sex, the fact that so few are taught about gambling is an anomaly. – Simone Vibert, Social Policy Researcher, Demos

She continued: “Problem gambling can wreak havoc on people’s lives, not to mention their friends, families and the wider economy. Prevention is clearly preferable to treatment later down the line. These lessons encourage pupils to weigh risk, manage impulses and advise others – all things that can help prevent problem gambling and other risky behaviour too.”

Over the test period, which lasted a full year, the thinktank witnessed a big drop in gambling behaviours among the pupils, and an increased awareness of how to handle gambling addiction problems.

The project was funded by independent charity GambleAware, and director of education Dr Jane Rigbye was encouraged by the results. She remarked: “…GambleAware is pleased to have funded this project to explore what may be effective in helping children to understand the nature of gambling and the associated risks, and to become resilient to the harms that can arise.” 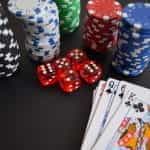