An Indian man died of lacerations to his body during an accident at an illegal cockfighting gambling event, an incident that has shocked the country. The sport of cockfighting has long been outlawed in India, with the Supreme Court proclaiming the practice to be in direct violation of the Prevention of Cruelty to Animals Act 1960. Despite this legislative ban, cockfighting still exists, and carries a massive following in the illegal gambling underworld of India. The shocking nature of this incident has again brought this sickening activity to the public attention. 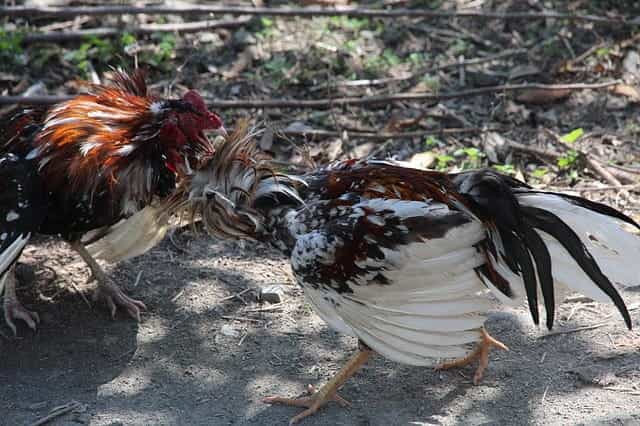 Cockfighting is a prevalent issue in the developing regions of India. The activity has deep religious ties and local communities, politicians and police are reluctant to stop it despite high-profile controversies, fatalities and mass illegal gambling. ©zoosnow/Pixabay

Cockfighting is a sport that runs rife not just within India, but also many countries in Asia consider the sport to be an integral part of their social fabric. The combating cocks, often referred to as game fowl, are armed with sharp blades tied to their claws. The birds which are instinctively primal, immediately engage in combat when faced with a competing male. The congenital aggression the birds face towards males of the same species means the battles are always brutal and don’t end until one bird is critically injured or dead.

The act of cockfighting is considered a blood sport, as the birds inflict tremendous physical trauma on each other. Despite this ethical issue and questionable morality, thousands upon thousands of people are actively involved in offering betting odds for those interested in making a wager on the outcome, breeding game fowl and organizing venues to host the battles Betting is the key driver of the sport, and in some countries around the world this is a fully legal and regulated activity that licensed bookmakers are able to offer in their betting platform. 10XBET was one such company, which until very recently was offering markets on cockfighting, and has since its license to operate revoked by the UK Gambling Commission.

The activity is a favorite sport of residents living in the coastal region the spectator was killed last week, Andhra Pradesh. Due to its intense following and popularity, it naturally transcended into the realms of gambling. There are many variations of cockfighting in India, and some prefer not to attach blades to the birds feet, these naked cockfights are often the norm at religious festivals. The cultural status of cockfighting has become highly significant. To many locals, cockfighting is an important religious ritual and sacred ceremony that is fundamental to their annual temple rituals. However, for the majority of young men involved in this bloody activity, it is a sport, recreation or pastime that they can utilize to enjoy gambling.

Dozens Injured At Hindu Sankranti Festival Due to Cockfighting

The biggest surge in cockfighting activity occurs annually during the Hindu festival of Sankranti. Despite the Supreme Court issuing a ban on the activity, the coastal region of Andhra Pradesh initiated large scale organization of cockfighting events across the three-day celebration. To make this even more of a societal issue for the local authorities, gambling and betting levels also soared, an activity that is also illegal. Of course, the correlation between the two is 100%, and local police have been attempting to shut down the biggest gatherings of cockfighting organizers and gambling syndicates.

Last week, thousands gathered in the streets to mark the annual festivities. It is being widely reported that this year featured one of the worst violations of the civil law ever witnessed. In clear defiance of the Supreme Court ruling, cockfighting roosters engaging in toe-to-toe blood matches across the region. With the police insisting that they will be taking an unforgiving stance against the activity, promising strict implementation of the law and to arrest organizers, the activity went on regardless.

The administration is clearly making more effort to curb the prominence of cockfighting, which is largely seen as an outdated and vile activity by the developed world. Despite this, last week’s festival attendees across India conducted their favorite winter pastime with very little resistance from the police. Knives and blades were openly sold, and game fowl’s were openly paraded through the streets prior to the fights, in front of local and international media.

Like many years in the past, tourists from neighboring regions attend the festivals exclusively to bet on and engage in the organization of cockfighting. People from Telangana and Rayalaseema came to the villages celebrating Sankranti, namely Bhimavaram, to support the cockfighting. The illegal activity that flourished in wake of the blatant disregard to the cockfighting ban was not just limited to the blood sport. Make-shift casinos popped up throughout the streets, offering high-stakes betting options on the upcoming fights, as well as unlicensed stalls selling liquor, which only fuelled the debauchery to escalate.

The Andhra Pradesh seemingly covered all the bases in preparation for this year’s Sankranti celebrations. The government issued a list of actions to the local police force to stop the cockfighting and provided the local courts with an affidavit to quickly process the criminals engaging in the activity. Despite this, they were not implemented effectively at ground level and the proceedings unfolded to the tune of 965 cases of cockfighting with over 1000 people arrested.

Instead of indulging in illegal activities, people should celebrate the festival with joy and fervour. Sankranti is not a gambling festival.M Ravindranath Babu Superintendent, Indian Police

The reasons for the drastic failure to stop this illegal activity are deeply rooted into the fabric of the Indian political system. Many politicians are elected on the strength of their religious principals, and gain popularity for standing firm against progressives who would see age-old traditions eradicated from culture in an effort to modernize.

Despite a largescale government ban on the activity of cockfighting at the Sankranti festival, one man was tragically killed due to a slash wound to his abdomen, dozens more were injured in similar incidents and over 1bn Indian Rupees (£10.8 million) placed in bets on the illegal activity. The deeply ingrained tradition has almost become impossible to legislate against due to the intense resistance to any law change from local religious elders, political leaders and local police chiefs.

For those hoping to see the government change the landscape of cockfighting in India, there will need to be serious fundamental changes in ideology and religious traditions before anything meaningful will be implemented. The institutional resistance to government bans on cockfighting hasn’t been more blatant than at India’s ‘Sun God’ festival in 2012, the local Bharatiya Janata Party district committee ordered the police not to interfere with the celebrations – to which the police agreed cockfighting would not be stopped if it took place inside the temples. 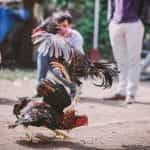 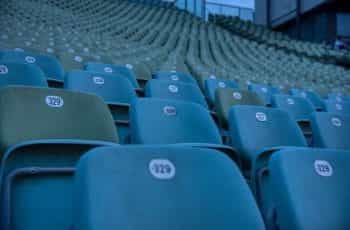