Chair of the Gambling Related Harm APPG, Carolyn Harris, has once again called for a ban on shirt sponsorships from gambling companies in football. Following Spain’s new restrictions on gambling ads, Harris has echoed recommendations made by the House of Lords earlier this month, explaining that more needs to be done to protect those vulnerable to gambling harms. With many clubs reliant on sponsorship deals, a ban could hurt teams if brought in too quickly. 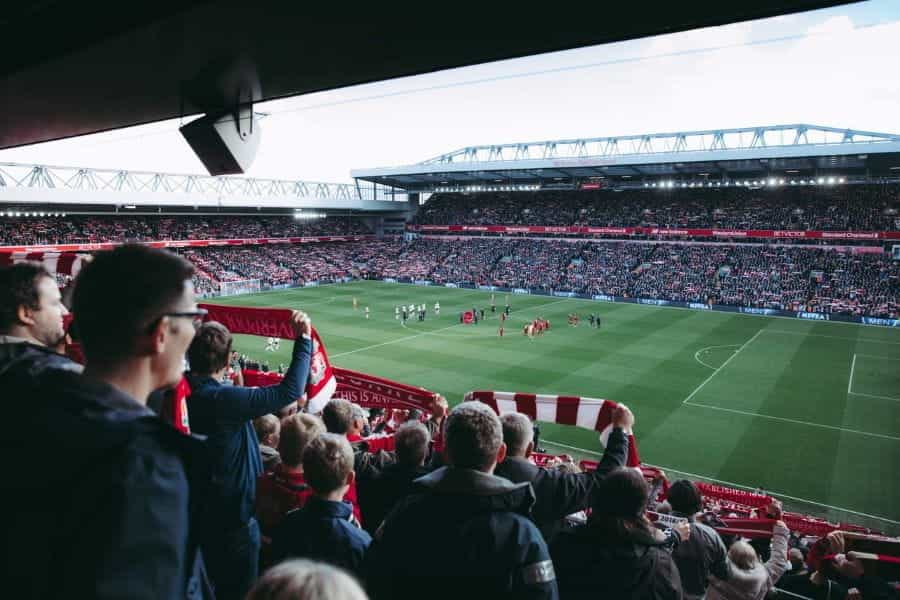 Football is slowly recovering from the coronavirus lockdown, but spectators will not be allowed to attend matches just yet. ©Tembela Bohle/Pexels

MP Carolyn Harris has called for a ban on football shirt sponsorships deals for betting companies. Describing it as an obvious move, Harris has urged the change to be implemented in new legislation. A new Gambling Act is due to be passed at some point during the next six months.

If gambling firms are banned from marketing themselves on football shirts, then the UK would be following in the footsteps of Spain. The country has just announced new restrictions to come in, which will see a massive reduction in the amount gambling advertising allowed. Shirt sponsors could be banned from La Liga clubs as soon as next season.

Alongside Spain’s ban on shirt sponsorships, gambling companies will no longer be allowed to sponsor teams in any way or stadium names. There is already a ban on using celebrities in betting adverts. Betting adverts around pitches could also be banned, but that decision will lie with each autonomous community. However, those who oppose the new rules say that the ban will only push bettors into the arms of black market companies.

Harris, who is also the chair of the Gambling Related Harm APPG, believes that the UK should bring in similar restrictions on gambling ads, to protect children from gambling harms. With gambling firms so obviously displayed on football shirts, she says that gambling is normalized from a young age.

At the moment, nine out of the twenty Premier League clubs have sponsorship deals with betting companies. In Championship sides that number is even higher, at 17 out of 24. With football and gambling sponsorship already so entwined, critics question how practical or realistic it is to expect teams to cope without comparable funds.

According to the English Football League, the gambling sector brings it around £40 million each season. Individual clubs and the league itself see the benefit of this money, which has been particularly important since other revenue streams dried up during the lockdown. While the EFL views the relationship between football and the gambling industry as collaborative, the Premier League has been much more open to the forthcoming review of the Gambling Act.

Harris is not alone in pushing for this ban. Last month, the ban on gambling shirt sponsors was also recommended by a House of Lords select committee. However, the committee suggested a much more generous timeline for changes to be brought in. According to its report, such a ban should not be imposed on teams below Premier League level before 2023.

The Select Committee’s report also suggests a series of other recommendations, backed up by a 192-page report. These include raising the minimum age of play for the National Lottery to 18, reclassifying loot boxes and improved NHS treatment for problem gamblers.

As clubs continue to grapple with the fallout of the coronavirus pandemic, switching sponsors will certainly not be an easy task. Harris has reiterated that she is by no means against sponsorship in general. Calling on the government to do more to help football clubs in terms of managing their finances, Harris says:

“I’ve got no problem with sponsorship but it needs to be something that is far more family-friendly instead of things that can cause addiction. It’s the messaging that’s really important. It’s a family environment and therefore the sponsorship needs to come from a family organization.”

Despite the difficulties for those involved, Harris says that she is confident that these changes will happen, viewing to more as a matter of ‘when’ than ‘if’. It is a hot topic for ministers, having already been suggested in the House of Lords Select Committee’s report, as well as by MPs and campaigners.

According to Harris, the ‘whistle to whistle’ ban, introduced nearly a year ago, does not go far enough. This ban prevents live TV sports aired before 9pm from showing gambling ads. Its intention is to stop children and vulnerable people from being exposed to excessive gambling advertising, but critics have long questioned its effectiveness.

Even though gambling ads cannot be aired during this time frame, marketing from betting companies is still clearly visible on players’ shirts and around the stadium. Those watching games in person, before the coronavirus pandemic, would also have seen these adverts appearing in match booklets, sometimes even in the kids’ sections. Harris says:

“From a very, very early age we’ve normalized the association between football and gambling. This is where we get this problem in later life. Young people grow up believing to become involved in gambling is completely normal without knowing anything about the consequences of when it crosses that line.” 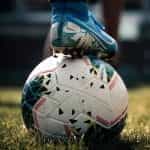