Bookmakers have been warned after complaints that sites were encouraging problem gamblers to spend more than they could afford were lodged.

VIP status at online bookmakers often comes with special offers, bonus schemes and free bets. Players are rewarded for betting bigger stakes. Gambling addicts told the BBC, as part of Radio 4’s You and Yours programme, that more affordability checks must be carried out before upgrading customers’ accounts.

The Gambling Commission’s Sarah Gardner said that online gambling firms were misusing the large amounts of data about their customers that they collect. “[They should] use this data like cancelled withdrawals, failed deposits and people trying to use a range of different payment methods to protect consumers, not just to facilitate their gambling,” she said.

Gardner also warned that the Gambling Commission was not afraid to fine companies that did not follow its guidelines: “What we are very clear about is that safeguarding consumers is not optional and rewarding customer loyalty through VIP programmes must not be at the risk of gambling-related harm, and operators have a real responsibility here.”

One customer called Joe, who suffers from depression, told the story of how he was made a VIP customer after winning £60,000. The online betting site he was using, Vernons.com, delayed paying out his winnings while it verified his account – fairly standard practice in this industry. During the delay, however, Vernons upgraded Joe to a VIP account, sending him prompts to bet. Joe believes the company was deliberately trying to get him to gamble away his winnings.

I felt groomed, I felt that they were almost a family to me. I probably logged in and out of their website on my mobile phone over 100 times a day. – Joe, Vernon.com Customer Speaking on BBC Radio 4

Joe ran up debts of £30,000 through his gambling activities. Since his story was aired on BBC Radio 4, Vernons.com has paid off his debts. The Betsson Group, which now owns Vernons.com, said that Joe’s case pre-dated its ownership of the online bookmaker.

The Your and Yours report aired in the same week that the BBC’s Victoria Derbyshire programme featured research that found that men are seven-and-a-half times more likely than women to become problem gamblers. 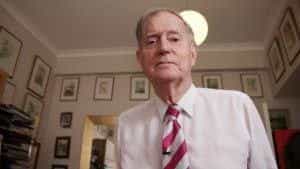 Dr Lefever, who says says he lost £16m as a result of his gambling addiction ©BBC.

Dr Robert Lefever, a former gambling addict himself, said that men’s personality traits put them at greater risk than women of falling into gambling addiction. He said: “Men are generally greater risk takers than women, they tend to be rather proud of it. I used to boast about how much I had lost. I lost three months’ income on the turn of a card in a poker game. This is not something that I should be proud of.”

Matt, 22-year-old trainee accountant from London, told the programme “It’s a ‘lad culture’ thing”. In the UK, 95% of all televised football matches feature at least one gambling advert. Matt, who lost £30,000 in just four years after he started gambling as soon as he turned 18, said: “You can’t go to the pub on a Saturday afternoon without having the football on the TV, and then obviously there’s adverts that come on and you get the urge to bet. I couldn’t watch a game of football without having a bet on it.” 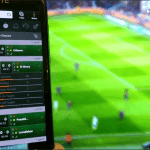