After much discussion about increased regulation on the gaming industry in Spain, officials have decided that iGaming companies will only be allowed to advertise on television within a tight four-hour window. This decision comes after weeks of tightened regulations coming from Spain’s leftist coalition government, as well as from the Ministry of Consumer Affairs. Though the specifics of the law are still to be worked out, officials have established the necessity of the four-hour window and maintain that exact legislation should be expected by summer. 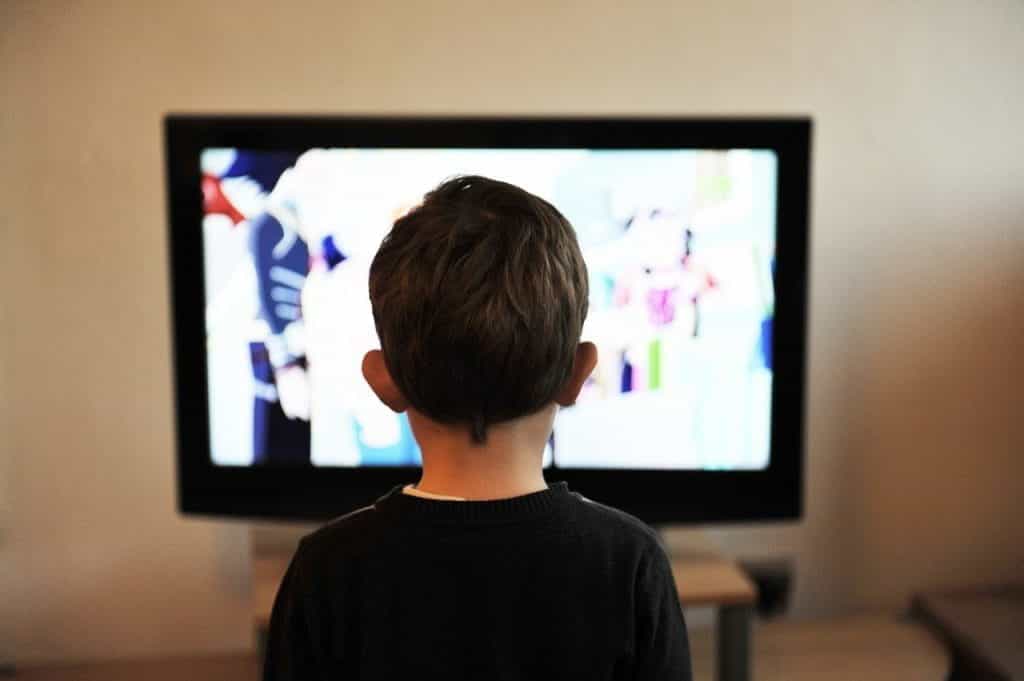 Spain’s latest advertising regulations are specifically intended to protecting those at risk, particularly impressionable children, from excessive gambling advertising during hours when they may be watching TV, listening to the radio, or online. © mojzagrebinfo/pixabay

Garzón Meets with Industry Leaders to Confirm the Crackdown

This is far from the last time Garzón and Spain’s Ministry of Consumer Affairs will meet with parties to be affected by impending legislation. In the coming weeks, Garzón’s ministry plans to meet with representatives from local gambling companies, gambling charities, and media outlets to confirm restrictions on gambling advertising.

While local media coverage had made Garzón’s plans to implement a four-hour window beginning at 1am in which television and radio advertising for online gambling would be legal, Garzón also made clear that internet advertising of online gambling will also face restrictions. The specifics of these new regulations is as yet unknown but will be unveiled in the next two weeks when Garzón plans to submit a new fleshed-out proposal of the new regulations.

Garzón has also made clear that his new regulations will apply not just to private companies, but also to state-run organizations, such as Spain’s two state-run lotteries, Sociedad Estatal Loterías y Apuestas del Estado (SELAE) and the Organización Nacional de Ciegos Españoles (ONCE).

Following the meeting, officials from CeJuego spoke highly of the meeting. A representative from CeJuego expressed that the company believes, like many of Spain’s regulators, that there is a need for industry officials to “meet the existing social alarm through a calm dialogue with the sector based on rigorous studies.”

For those who have covered the onslaught of gaming regulation in Spain in the last month and a half, it’s no secret that regulators are working quickly to establish comprehensive legislation to curb what many considered an epidemic of problem gambling in Spain reaching a fever pitch last year. The final draft of Garzón’s advertising regulation, set to confine advertising of iGaming in Spain via television, radio, and the Internet, is expected in summer 2020— not just as a draft, but as law.

Critics — including JDigital — Are Less Convinced

Though a now-strong sector of Spain’s government seems to firmly believe in the value of strict gambling regulation in 2020, not all industry leaders are so convinced.

Following his meeting with Alberto Garzón, JDigital chairman Mikel López de Torre remained positive — albeit cautious — about the meeting, saying that he had come away with a “positive assessment.”

Still, López referenced a similarity which he believes would behove Spain’s government to consider: that of Italy’s doomed “Dignity Decree,” a comparable act of legislation intended to control gambling by setting strict regulations, but which ultimately just pushed gamers to pursue international options.

This is a lose-lose scenario, López pointed out, because gambling addiction persists and the government loses out on taxable revenue from gambling, much of which goes to fund crucial state programs; for example, Spain’s Organizacíon Nacional de Ciegos Espaõles raises funds for the blind and visually impaired in Spain.

This was not the end of López’s call to Spain’s Ministry of Consumer Affairs to consider pragmatism in its pending legislation. In addition to evoking Italy’s ill-fated “Dignity Decree,” López urged legislators that their new laws should enact “fair, equitable and proportionate regulation of the reality of gaming in Spain.”

This reminder from López evokes a statistic cited by others within the gaming industry, referencing a report released in summer 2019 which pegged Spain as having one of the lowest problem gambling rates in all of Europe. Interestingly, López’s detractions from upcoming gambling regulation in Spain was foreshadowed by statements made by none other than CeJuego director Alejandro Landaluce in 2018, who critiqued the government’s anti-gambling stance as demonstrating “a lack of knowledge about the sector.”

Landaluce went on at the time to compare gambling addiction to contemporary Internet addiction. At that time, according to Landaluce, some 18% of young people in Spain identified as being addicted to the Internet, while only 7% of the country’s adult population suffered from addiction to gambling. 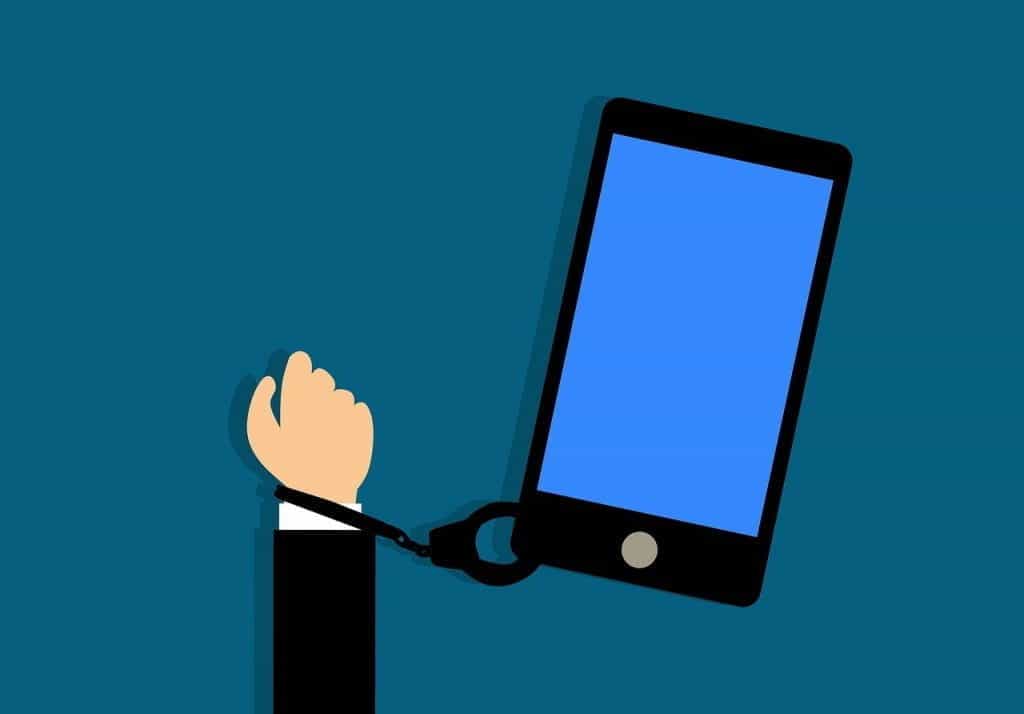 According to some industry leaders, gambling addiction is not as much of a cultural problem as Internet addiction. Others dispute this finding. ©mohamed Hassan/Pixabay

Dueling Statistics on Gambling in Spain Fuels Regulation and Opposition

The move to so drastically regulate Spain’s gambling industry comes after a wave of protests in the fall of last year, which culminated in a day of nationwide rallies responding to alternative statistics and lived realities by Spain’s citizens, who were concerned about the proximity of gambling houses to schools, the proliferation of gambling advertisements, and the threat posed by both to the nation’s youth.

At the rally in Madrid in October of 2019, organized by the Platform de Madrid contra las Casas de Apuestas (the Madrid Platform Against Betting Houses), organization spokesman Adrian Belaire told the media that the protests arose out of the “constant, daily, and committed struggle” undertaken by Spain’s citizens to combat the exponential growth of gambling facilities, “which are destroying our neighborhoods.”

The protests and the ensuing legislation proposed through a coalition government from Spain’s left-leaning parties, the Partido Socialista Obrero Español (Spanish Socialist Workers’ Party, or PSOE) and Unidos Podemos, are likely in response to both this public outcry and to studies conducted by Spain’s Federation of Rehabilitated Gamblers and the Association of Psychologists in Madrid, which concluded that 1 in 5 teens in Spain are addicted to gambling.

But at the same time, a market study by Cejuego published in June 2019 saw the release of “Gambling and Society 2019”, which greatly refuted these claims and more.

Specifically, in their study, they found that only 0.3% of Spain’s gambling adult population is unable to responsibly regulate their gambling, with 60% of the citizens they asked comparing losing money in gambling to spending money on trivial expenditures like movie tickets, entry to an amusement park, or a night at the bar.

Which statistics are true? Industry leaders are likely to prefer Cejuegos’s findings, while citizens and state officials seem to believe the other, more negative research, and are legislating accordingly.