New research has discovered that gambling alters the brain, resulting in leaving punters more prone to mental issues such as anxiety and depression. 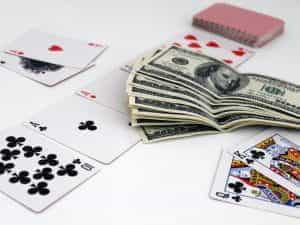 The UKGC says over 2 million UK citizens are problem gamblers or at risk.

Scientists at the University of Pennsylvania said they found connections between problem gamblers and increased grey matter in parts of the brain linked to the mental conditions.

Their claims, published in the journal Neuron, suggests that the same brain mechanisms that cause affective disorders also play a role in the ability to tolerate economic risk.

The report indicates that the discovery could lead to new gambling addiction treatments through psychological techniques or drugs.

Gambling has long been connected with mental health issues such as depression and has been blamed for many people getting into spiralling debt issues and family difficulties. Study lead author Professor Joseph Kable, believes the findings may be able to enhance the understanding of a person’s susceptibility to economic risk through increased tolerance, and suggests that it will lead to much better advice and counselling for such individuals.

The team looked at how three factors in the brain reinforce each other to impact on a person’s aversion to risk: the structural and functional connections and the volume of amygdala grey matter.

In order to assess an individual’s risk tolerance, the scientists recruited 108 healthy young adults for an experiment where the subjects were asked questions about their comfort with financial choices of differing risk and reward levels.

The idea of using these brain markers and pairing them with some questionnaire or other assessments may help determine a better, more well-rounded sense of your tolerance for risk. – Professor Joseph Kable, Study Lead Author, University of Pennsylvania

He continued: “We assessed how willing individuals were of accepting the risk of getting nothing for the chance of getting a higher amount of money.”

More than two million people in the UK are considered problem gamblers or at risk of becoming addicted, according to a report published last year by industry watchdog the UK Gambling Commission. 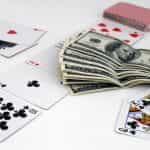