A new report released by the UK Gambling Commission (UKGC) has revealed that Scotland is the UK’s gambling hotbed, with over two-thirds of adult Scots placing a bet annually. 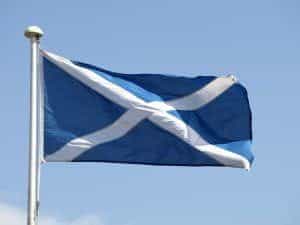 Over 200,000 Scottish people are considered ‘problem’ or ‘at risk’ gamblers.

In the United Kingdom as a whole, 63% of adults placed bets in the last 12 months, compared to 68% in Scotland. The figure is as low as 52% in London.

The report, conducted on behalf of the UKGC, analysed gambling habits in Scotland, Wales and nine regions of England. The findings back up research conducted earlier this year by Landman Economics, which revealed that Scots had wagered a massive £3.7bn on fixed-odds betting terminals (FOBTs) in 2016. Additionally, Scottish people have lost £1.1bn on the machines over the past eight years. There are currently around 4,000 FOBTs in Scottish betting shops, with over 34,000 in Great Britain. In the UK, Each FOBT currently rakes-in an average of £52,887 a day.

The government recently announced it would delay its report on FOBTs until October, while anti-gambling campaign groups are calling for immediate action. Labour MP Carolyn Harris demanded a reduction of the maximum spin to be reduced from £100 to £2. Her proposal is backed by the Campaign for Fairer Gambling, which is concerned that industry self-regulation and player protection methods have not been sufficient in curbing the problem.

We now have over 200,000 problem or at risk gamblers in Scotland, including 43 per cent of FOBT users. At the least, the Government must recommend a reduction in the maximum stake on FOBTs from £100 to £2 a spin. The SNP should limit the spread of FOBTs by strengthening planning laws on betting shops. – Matt Zarb-Cousin, spokesman for the Campaign for Fairer Gambling

Some Scottish MSPs are pushing for FOBTs to be banned entirely in light of the increased problem gambling rate. The Scottish National Party’s general election manifesto stated that FOBTs were causing “harm and hardship in communities across Scotland”, and demanded full powers to restrict them. 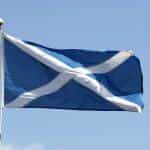