A win in the world of Brazilian sports betting came earlier this month, as sportsbook Betsul announced its sponsorship of soccer club Atlético Mineiro. The decision came paired with a number of promotional events, such as the release of five hotly competitive signed jerseys from Atlético Mineiro players, whittled down from an original 300 participants in the contest. All this despite the shelving of ongoing sporting events around the world due to COVID-19, offering another, more positive, development. 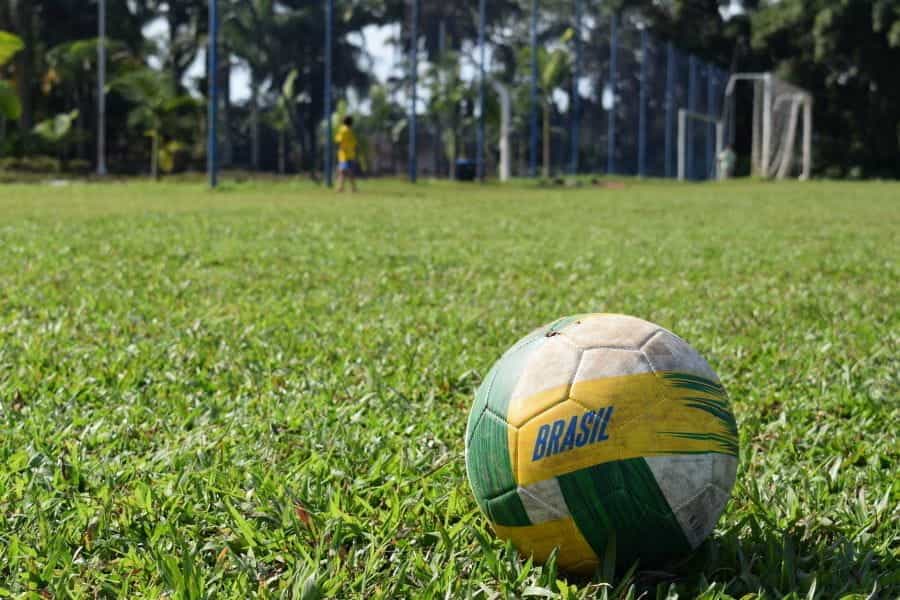 Soccer teams in Brazil have resented being forced back to the field as the coronavirus pandemic continues. ©Souza Sergio/Unsplash

In the world of South American sports betting, Betsul is a pretty new name to the list. Between June 25 and June 30, 2020, the company celebrated its one-year anniversary with a massive promotional event, another one centering around the signed jerseys of iconic soccer players — in this instance, beloved player Radamel Falcão.

In addition to sponsoring teams, Betsul has also established a history of putting their name behind popular sporting championships, including the São Paulo Futebol Juniores Cup 2020 and the Paulistão Sicredi 2020. Not bad for a company that was open for business for the first time on June 25, 2019!

Betsul has also done significant philanthropic work. Two programs in which Betsul participates are Gambling for Change and the charity gambling tournament Todos for Um. Both projects work to donate gambling revenue to charitable causes, specifically those based in Brazil and which help people in Brazil who are in need.

As the coronavirus pandemic forced IRL sporting events to be indefinitely postponed or canceled altogether, Betsul implemented one approach already used by a number of sports betting companies: offering an extensive array of eSports betting options, so that enthusiastic bettors wouldn’t have to wait for COVID-19 to end.

This new option means that bettors using Betsul can place their bets on livestreams of popular video games like League of Legends and Call of Duty. Additionally, Betsul launched what they called the “Fifa Quaran-Team,” which encouraged players to participate in an online version of the very popular FIFA video game.

Pivots like Betsul’s transition to eSports betting have been crucial to keeping sports betting companies afloat during these uncertain times. One such company is Betcris, which, like Betsul, elected to expand into the realm of eSports, but that hasn’t been its only additional betting option since coronavirus has shuttered real-life sporting matches.

In May, Betcris announced that it would also be allowing bettors to hedge their bets on current events and even the stock market, inventive selections for players who normally prefer to make their predictions based on individual players and carefully curated teams. This came, too, after the company added table tennis to its options of sports to bet on.

Still, others have found that even these expanded options make solvency in the realm of sports betting during coronavirus impossible. In Colombia, Fecoljuegos has petitioned the country’s government to legalize live casino options — streaming of casino games for iGaming players — in order to keep business afloat.

The latest team Betsul has chosen to sponsor is Clube Atlético Mineiro, which is often called just Atlético Mineiro, Atlético, or Galo (Rooster, in English) by its many fans. The team is more than 100 years old, having been founded in 1908 in Minas Gerais, Brazil. The team has a long history of openness to people of different social backgrounds.

Historically, Atlético has rivalries with Cruzeiro, a team based in Barro Preto, Belo Horizonte, Brazil, and Flamengo, the team of Rio de Janeiro, as well as a local rivalry with América Mineiro. As of 2016, Atlético was in the top ten highest-valued brands in Brazil, generating the equivalent of about $160.7 million annually.

The new sponsorship deal between Betsul and Atlético Mineiro will reportedly remain until December 31, 2021. The partnership means that the Betsul logo will now be affixed to the black and white soccer uniform of Atlético players, and fans of the team will be excited to learn that they can receive additional rewards for their affiliation with Atlético.

Sports in Brazil During Coronavirus

The decision for Betsul to sponsor a sports team during this time, a particularly inhospitable one for sports teams, may seem strange. Even as Brazil’s President, Jair Bolsonaro, has repeatedly underplayed the threat of the coronavirus, sports matches — including those played by Atlético — had been postponed indefinitely.

In fact, most recently, the state football federation of Rio de Janeiro announced that sports could return to IRL play on June 18. In defiance of this order, two of the most popular teams in Brazil, Botafogo and Fluminense, refused to play, citing the staggering death toll in Brazil as the country remains one of the world’s COVID-19 hotspots.

Eventually, both teams did play soccer games in empty stadiums, but both teams also offered numerous statements from players and managers alike, who voiced their resentment of a leadership that would force players to return to work during a time of historically unsafe conditions.

Brazil’s soccer players are just as likely to catch COVID-19 as anyone else, and some of them already have: in May, three members of Rio de Janeiro’s Flamengo team tested positive for COVID-19. These numbers were announced as part of a statement from the Flamengo team, given in May.

At the time, a Flamengo statement explained that 293 people affiliated with the team — including players, the family members of players, and workers for the team — had been tested for the coronavirus. Of these 293 people, 38 tested positive. Three of them were actually players on the Flamengo team. 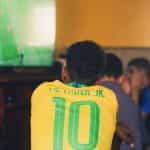