BHA CEO Nick Rust to Step Down Next Year

Chief Executive of the British Horseracing Authority, Nick Rust, has announced that he will be stepping down from the role at the end of the year. The search is now on for BHA to find the best replacement for Rust, who has been in the role since 2015.

When Rust was first named as BHA’s Chief Executive in 2015, his appointment was met with some controversy. He took over from Paul Bittar, who had previously worked for Australian racing authorities. Unlike prior CEOs at the UK’s Horseracing regulator, Rust’s professional background consisted of 30 years with some of Britain’s leading bookmakers. Before landing the top job at the BHA, he was a Managing Director at Ladbrokes. The job entailed overseeing 2,500 betting shops and 13,000 staff. He has also worked in high positions for Coral and SkyBet.

After six years at the helm of the BHA, Rust made an announcement to his staff before going public with his plans. “I’ve spent much of the past year reflecting on my situation after my personal bereavement at the end of 2018. I wanted to let you and the BHA know my decision and plans well ahead of leaving to allow plenty of time for a successor to be identified and appointed”.

Having lead the BHA for almost six years, Rust will be remembered for tackling a considerable number of challenges during his time at the regulator. One of the most significant of these was bringing offshore operators into the Levy system.

“I’m very proud of the way the sport came together to secure a very important change to the Levy in 2017. Without it, racing’s finances would be in a more difficult place than they currently are.”

Another controversy that arose during his tenure was the collapse of a case against trainer Jim Best. It came to light that the solicitor, Matthew Lohn, who chaired the hearing, had had undisclosed ties with the BHA. This created a conflict of interest, and so the case fell apart. It took a second hearing to suspend Jim Best, which ended up costing the BHA in the region of £425,000. Rust has also notably expressed an interest in welfare issues. It is thought that he is dubious about the future of ‘whipping for encouragement’. This stance would go against the grain of many others in the horseracing industry.

“The industry’s Horse Welfare Board which the BHA and our members set up only eight months ago is finalizing an ambitious strategy for further improvement of racing’s exceptional standards of care for our horses. For me, it will be a landmark moment after an unrelenting focus on this issue over the past few years. I’ll begin the process of implementing the plan to deliver the BHA’s part of the strategy, but given my decision, it’s the right time for someone else to pick up the challenge of delivering on these ambitions through a program of work we expect to take five years or more.”– Nick Rust, Chief Executive, British Horseracing Authority

While Rust may have announced his departure from the BHA, there is still a busy year to go before he leaves for good. He has made it clear that 2020 will be just as ambitious and pivotal as previous years in the BHA’s mission to push the sport forwards. “2020 promises to be a great year for British racing. I believe we can achieve many more things together this year if we continue to focus on a progressive approach that keeps British racing relevant, understood and accepted”. Rust described the future of the British Horseracing Authority as ‘optimistic’. He reassures whoever might take over from him in a year’s time that “the foundations for success are in place”.

“We’re all going to miss Nick’s passion and drive. It is typical of his deep commitment to British racing that he’s given us plenty of time to find a new leader, avoiding a vacuum and ensuring a seamless transition. He’s been a great help to me personally over the last few months as I’ve got to know the sport and the industry. We’Il be using all our complementary skills over the next few months to keep racing moving forward.”– Annamarie Phelps, Chair, British Horseracing Authority

In the next few weeks, the BHA will commence their search to select a new Chief Executive to take over in 2021. 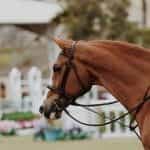 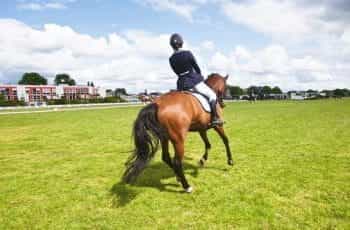