A new study reveals how 326 gambling-related TV adverts were broadcast during 26 televised football matches over the Christmas period. 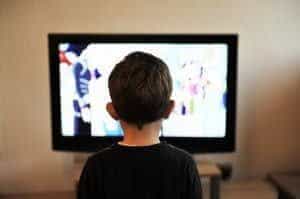 The investigation by The Daily Mail shows how football matches broadcast on Sky Sports and BT Sport between 20th December and 2nd January screened an average of more than 12 gambling adverts during the build-up, half-time and post-match analysis.

It also focused on the effect of a ‘normalisation’ of gambling behaviours and its effect on younger viewers, with 285 adverts placed before the 9pm watershed, and 21 broadcast before noon.

One Crystal Palace v Arsenal match broadcast on Sky on 28th December had a total of 23 adverts, while the most shown before 9pm was 19 for the Celtic v Rangers match on 30th December.

Recent figures posted by the UK Gambling Commission suggest 25,000 children between the ages of 11 and 16 can be considered problem gamblers, with another 36,000 at risk. Charities and health experts believe that advertising is a playing a part in creating the problem.

Justyn Larcombe of the consultancy Epic, which aims to help problem gamblers, agrees and says the current trend suggests the issue is only going to become greater.

Larcombe says his consultancy is increasingly called into schools to help tackle gambling issues because of how easy it has become to place a bet: “Often we discover that more than half of year 12 pupils, aged around 16, have a gambling app on their smart phones two years before they are legally allowed to gamble.”

He says that despite not being old enough to sign up at an online casino or place a bet, many students find a way around this by using the credit card of a parent or older sibling.

Dr Henrietta Bowden-James of the NHS Trust’s National Problem Gambling Clinic believes gambling advertising before the 9pm watershed is one of the main causes for concern: “Normalising gambling by exposing children to gambling adverts is not an option if we are to take any pride in the way our society protects the vulnerable.

“Watersheds exist for a reason and we must do all we can to approach problem gambling from a public health perspective by keeping children away from alcohol, drugs and gambling in any shape or form.”

The Department for Digital, Culture, Media and sport is currently reviewing the issue, while Australia and Belgium have recently banned all gambling adverts in live sports before the watershed.

Meanwhile, GambleAware spokesman Marc Etches says ‘ever present’ TV gambling adverts create a sense of ‘normalisation’, as if betting were a regular part of everyday life, which can in turn give the impression that there are no dangers associated with gambling.

He also points the finger at shirt sponsorship and advertising billboards, with nine of the 20 current Premier League football teams featuring a gambling firm on their shirts. 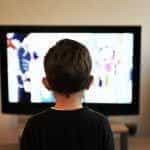