With the series already decided between Australia and India in the international cricket ODI series, the visitors will be pushing hard in the third installment as they attempt to win back some pride and repair the damage to their team’s reputation. In this short report, we look at some interesting cricket betting angles and some advice for punters studying these upcoming matches.

The slips are crucial in any quick bowling attack, and this is exactly the sort of field you can expect to see in the upcoming games throughout the next weeks between India and Australia. ©PDPics/Pixabay

Apart from the burning desire to repair their damaged reputation, there really isn’t much to play for going ahead in the ODI series against Australia. Notwithstanding a dramatic fightback from the India cricket team, we fully expect the Australian’s to complete a drubbing of their opposition. With the series already at 2-0 to Australia, the third and final ODI will not affect the overall outcome and the match will be purely ceremonial.

There have only been a two-day gap between the previous game played between the teams, and with a grueling 4-day test match to follow, it is expected that the proceedings will be very much ceremonial in nature. The one day break between each of the matches will certainly be taking its toll on the players, and we’ll need to reconsider traditional betting lines as a means to hedge the risk going ahead with the sportsbook.

As with any international sporting event, you want to put your best team on the pitch every time. But at the same time, you need to manage their workloads and not over-extend what they’re capable of. Indian players of particular interest in this battle will be Mohammed Shami and Jasprit Bumrah, with both men remaining incredibly important for the upcoming test fixtures of the team.

Kuldeep and Natarajan Can Get the Nod

The young bowler Navdeep Saini has been playing pretty badly in the first two ODIs, he would not be feeling too dissatisfied if he misses the 3rd and final game. The other star player Yuzvendra Chahal has not been on his game either. With both star bowlers failing to cause the Australian batting lineup any major problems, coaches agree that they would be better off rested for this final game.

A possible replacement for the out of form Chahal could spell an opportunity for Kuldeep. The left-arm wrist spinner can bring another dimension to bowling and cause real problems for Australia’s top-order batsman. As for the batting department of the Indian ODI team, they will likely call upon the services of a fan-favorite batsman, Shardul Thakar. The man that will be dropped from the ODI XI will be Mohammed Shami. Taking an over 50 run option at 8/11 for the new batsman is a solid wager by any standards. All of this is happening as Indian gamblers will look to capitalize on legal online casinos in India.

Another player added to the squad for the upcoming third game in the ODI series is Indian bowler, T Natarajan. The young fast bowler will be trying to achieve what his compatriots could not, and that is to get out Glenn Maxwell. Australia’s fine boundary slashing batsman was in his best form of the year the past 2 months, and many will be betting on him to put in a similar performance in this week’s matchup.

Following their emphatic win in both ODIs up until now, the Australian starting XI is expected to receive a massive change. The Australian cricket team have enormous strength in depth, so finding a fresh look team at short notice won’t cause them any administrative problems.

Given the huge effort displayed by the Aussie bowlers, they will receive a well-earned rest for the upcoming 50 over game. Leading wicket-taker Pat Cummins won’t be involved in the final ODI, and it will be a wise choice to rest the prodigy bowler.

Australia has the option to change their opening batsman too with Matthew Wade heavily indicated to be lining up to fill the empty position. Mitchell Starc is probable to lead the Australian attack, and if he finds his line it will likely be a very quick finish in the final ODI of the series this week. 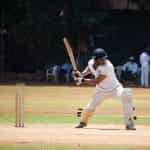