Is The NFL Finally Coming Around to Sports Betting? 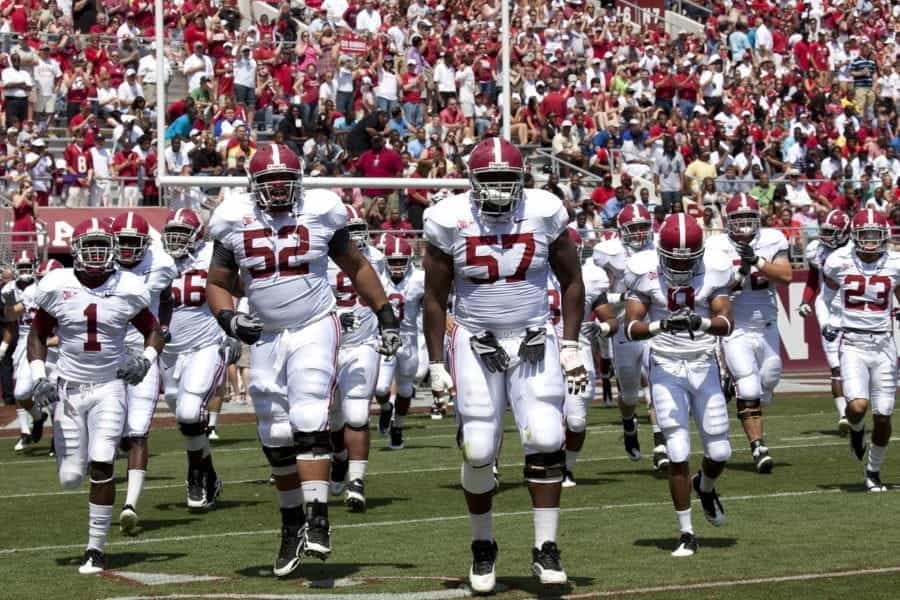 For the first time, US-based fans of football and sports betting alike will be able to do both in participating arenas. ©Pixabay/Pexels

Across 2019, The NFL Was Making Moves

According to Sports Business Daily, the latest decisions in regard to the NFL’s stance towards sports betting and the gambling industry generally came from a subset of the NFL known as the Sports Betting Committee.

In this latest release, the Sports Betting Committee made the landmark decision allowing NFL athletes to be endorsed by sports betting companies licensed in the US. Previously, athletes could be sponsored by companies with sports betting components, but not if that was the company’s sole focus.

For one example of this, the National Football League named Caesars Entertainment its Official Casino Sponsor in 2019 — already a sign that the league was beginning to change its policy in relation to gambling. Even then, though, the NFL clarified that the partnership was only in relation to casinos, not sports betting.

By September of 2019, nine months after the partnership with Caesars Entertainment, the NFL signed an agreement with DraftKings to be its Daily Fantasy Sports Partner. Some considered this to be a euphemism of sorts, as DraftKings is well-known for being a sportsbook for gaming enthusiasts as much as anything else.

That same month, the NFL signed a deal with Tabcorp Holdings, a betting operator based in Australia. This deal would allow Tabcorp the rights to manufacture and distribute NFL content to fans of Americans football in Australia.

Because of all these new developments, it came as less of a surprise for the NFL to announce its biggest, friendliest move toward the betting industry yet: allowing the creation of “betting lounges” in certain NFL stadiums located in states where gambling is legal.

“We’re allowing betting lounges. Similar to daily fantasy lounges today, in an adult, discreet area, there will be a betting setup, but we’re not going to have betting windows.”– Chris Halpin, Chief Strategy and Growth Officer, National Football League

In addition to not having the traditional betting windows, the novel sports betting locations in certain NFL stadiums will have to label sportsbooks with the word “sponsor,” and no advertising for sports betting will be allowed in the lower levels of the stadium, where they could be viewed by a wider audience.

So far, this new rule will effect stadiums in just 14 of the 50 US states, including Pennsylvania, Nevada, New Jersey, and Indiana. This is expected to be followed by several other regions known for their affiliation with the NFL, including Illinois, Colorado, Tennessee, and Washington, D.C.

A Major Turnaround for One of America’s Biggest Leagues

Many reporting on the numerable overtures to the gaming industry from the NFL have noted how surprising the turnaround is for a league known for its hostility towards gambling. As recently as 2015, the NFL was extremely cautious about becoming affiliated with the betting industry.

That year was a massive planned conference: the National Fantasy Football Convention, a three-day bonanza set to bring together fantasy football fans from around the world together. The event was supposed to take place in Las Vegas, and would feature close to 100 beloved players from the NFL.

These included names like Odell Beckham, Jr., Rob Gronkowski, and Tony Romo, as well as one well-known industry analyst, Michael Fabiano. Fans were eager for an opportunity to meet together for three days of games, exhibits, keynotes, panel discussions, and, of course, drafts.

Just over a month before the event was set to happen, though, the NFL seemed to look at the event a bit more closely — and, upon that, they started to get nervous. Like Chris Halpin noted, the industry sees the overlap between fantasy football and sports betting. Therefore, getting cold feet, the NFL pulled the plug on the event.

Similarly, as other sports leagues started to cozy up to fantasy gaming sites also known for their sports betting options like DraftKings and FanDuel in 2016. At that same time, the NFL created an ambivalent policy, allowing teams to deals with those sites on the individual, team-level, but would not make a universal league policy.

Why The Change of Heart?

As we know now, we can see how the NFL is working to keep up with the changing times. But one can only think to ask: why? Are they eager to turn around from some bad (or at least complicated) PR in the last year in regard to severe head injuries incurred from playing professional football?

At least for Chris Halpin, that doesn’t seem to be a motivating factor. Rather, according to him, the NFL is finally willing to face the music, and hear what their fans are saying. Halpin demonstrates a knowledge of and sensitivity to market trends, and says that if the market is going this way, they will follow! 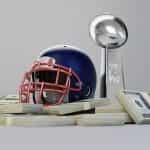