During the 2018 FIFA World Cup the Italian betting record for the event was broken despite the national team not qualifying for the first time in 60 years. 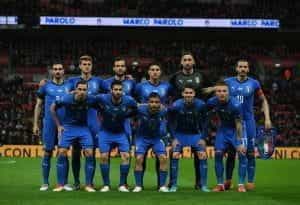 €466m was wagered by bettors in Italy which, according to the Agency of Customs and Monopolies, almost doubles the €270m wagered by Italians during the 2014 FIFA World Cup in Brazil where the national team placed third. These results contradict many experts’ predictions that the market would suffer from lack of national interest due to the Italian team not taking part.

The increase in bets is thought to be a result of the 2015 and 2016 Stability Law on tax amenities which authorised the opening of more (legal) betting shops in Italy. Recently, the Italian Government approved the Dignity Decree which will, amongst other things, enforce a ban on all gambling advertising and comes into effect in June 2019. It is yet to be seen how the country’s sports betting market will be affected by the decree. Deputy Premier Luigi Di Maio said, on the gambling industry targeted within the decree: “I think this is an industry that has become a bit too big, at the expense of people’s health and dignity. We are going to cut it down in size.”

A YouGov study found bettors in the UK were also very active during the tournament with 12% of the 2061 people surveyed having placed a bet. 30% of these bets were made with SkyBet making it the most popular bookie during the competition, closely followed by Paddy Power with 24% and Bet365 with 22%. The research found that more than three times as many bets were placed online than with traditional land-based betting shops.

The YouGov data also suggested that one in six of the bettors surveyed were new gamblers who had taken advantage of bookies’ favourable introductory offers for new customers while one in three bettors surveyed had opened a new account to avail of these offers. 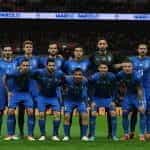