In its latest quarterly report, the International Tennis Integrity Agency (ITIA) has reported a decrease in unusual betting activity during the first three months of 2021, recording only 23 suspicious match alerts between January and March 2021. The agency recorded 38 match alerts during the same period from the previous year. 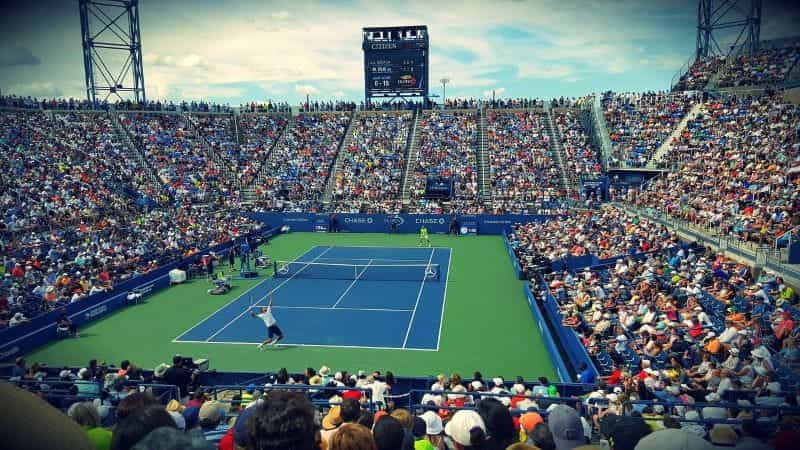 Following the release of its latest quarterly report, the International Tennis Integrity Agency (ITIA) has seen a decrease in unusual betting activity during the first three months of 2021, recording 23 suspicious match alerts between January and March. ©Pexels/Pixabay

Match Alerts Arrive from a Variety of Tennis Tournaments

The report revealed an overall decrease in unusual betting activity surrounding professional tennis matches and tournaments over the first three months of 2021.

The International Tennis Integrity Agency (ITIA) recorded only 23 suspicious match alerts between January and March 2021, as opposed to 38 match alerts during the same period the previous year.

The ITIA receives these so-called “match alerts” when there are indications that inappropriate conduct may have occurred during a particular tennis match or tournament, such as match fixing or unusual betting patterns.

Four out of the 23 suspicious match alerts arrived from the ATP World Tour 250 events, which are typically played by the highest-level players on that tour.

The remaining events which prompted the suspicious match alerts stemmed from the Challenger and Futures matches.

For its part, the ATP Challenger 80 events generated five suspicious activity alerts, according to the ITIA.

Most important, however, was that the authority emphasized how a match alert is merely an indicator that something inappropriate may have happened during a match:

“Every alert reported to the ITIA is recorded, assessed and followed up as an indicator that something inappropriate may have happened. It is important to note that an alert on its own is not evidence of match fixing.”

The group ended its statement by clarifying that “Where analysis of a match alert does suggest corrupt activity, the ITIA conducts a full, confidential investigation.”

In January 2021, the ITIA issued lifetime bans to two professional Russian tennis players, Sofia Dmitrieva and Alija Merdeeva, after the pair were discovered to be engaging in match-fixing.

Holding a highest singles ranking of 928 and highest doubles ranking of 644, Alija Merdeeva was found to be involved in at least two cases of match-fixing.

Sofia Dimitrieva, on the other hand, was accused of being involved in at least six incidents of match-fixing, as well as failing to cooperate with the ITIA’s investigations into her actions.

Dimitrieva held a career-high ranking of 1,191 in the WTA singles rankings and 939 in the doubles ranking.

The ITIA went onto note that two of the matches involved both Russian players playing together as doubles partners but it did not go into further details on any of the events in question.

Most recently, Slovakian tennis player Barbora Palcatova was issued with a three-year ban from the sport along with 15 months suspended, after she was found guilty of match-fixing.

Palcatova was the 10th tennis player to be banned by the ITIA this year, at least thus far.

She was found guilty of breaching part of the Tennis Anti-Corruption Program (TACP), which states that no person shall contrive or attempt to contrive the outcome or any other aspect of a given tennis event.

Formerly ranked the 86th doubles player in the world, Maytín eventually admitted to multiple breaches of TACP rules between 2017-2018, including the same section of code which Palcatova was also found to be in violation of.

While it may have gone under a different name until very recently, the supervisory body did not falter in its issuing of bans and severe penalties against professional tennis players found to be violating the rules of the Tennis Anti-Corruption Program (TACP).

The December 2020 banning of French line judge David Rocher also showed that the ITIA, which was still known as the TPU at the time, does not limit its investigations and bans solely to tennis players.

Rocher admitted to placing 11 bets on matches that took place between January and October 2019, as well as also being found guilty of refusing to cooperate with investigations.

He was subsequently issued with an 18-month ban and slapped with an additional $5,000 fine.

The banning of David Rocher in December 2020 was just the latest in a long string of bans courtesy of the International Tennis Integrity Agency (ITIA), with professional tennis playing Bulgarian brothers Karen and Yuri Khachatryan slapped with lifetime and 10-year bans respectively in November of the same year. 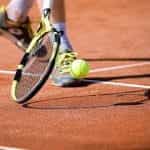