Television broadcaster ITV will this year show more of the world-famous Cheltenham Festival than ever before. Due to lockdown restrictions, it is expected that spectators will not be allowed to attend the event in person. To make up for that fact, viewers will be able to watch six daily races instead of the usual five. Organizer of the event, The Jockey Club has also announced a special partnership with charity WellChild. 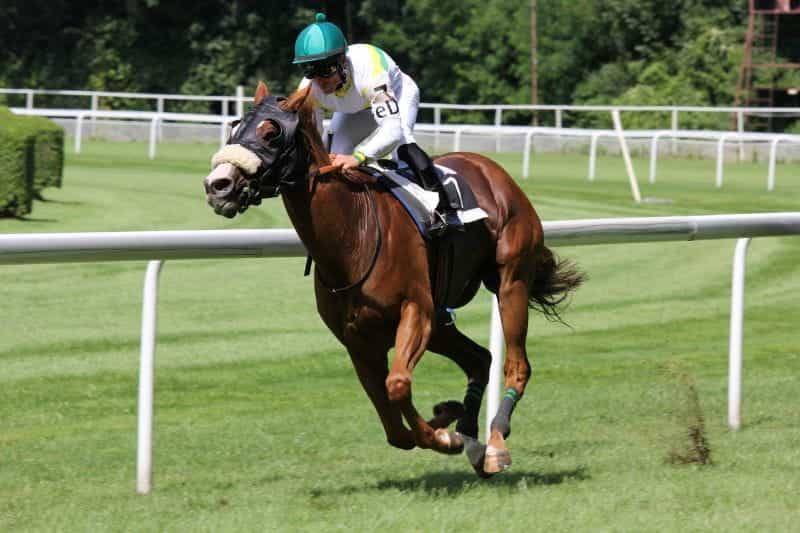 This year, viewers will be able to tune in and watch six daily Cheltenham races on ITV. ©Daniel/Pexels

For the first time, UK broadcaster ITV has been given permission to air six live races a day at the Cheltenham Festival. The move will ensure that horse racing fans don’t miss out, as the pandemic means that spectators are unlikely to be allowed to watch races in person. For ITV, this means more coverage of the world-famous event than ever before. It follows the broadcaster’s renegotiated contract with UK racing last May, after the Grand National was replaced by a virtual race.

The Racecourse Media Group, which manages the broadcasting rights of the event, has given ITV permission to air more races than usual this year. Up until now, ITV has only been contracted to show five daily races. However, taking into account the exceptional circumstances, RMG has this year agreed to hand over the rights to Cheltenham’s final contests as well. These races are normally only available to viewers who subscribe to Racing TV.

The decision has come as a one-off response to the coronavirus pandemic. While the most important event of the horse racing calendar has been given the green light to go ahead, without the crowds it is will not be business as usual. Last year the event was heavily criticized for taking place with spectators despite warnings that it could offer a breeding ground for the virus to spread. A year on, and the full extent of the COVID-19 has become clear.

To allow ITV to fit all six races into its daily program, the gap between races will be reduced from 40 minutes to 35 minutes. Programming will start at 1pm and air until 4:30pm. Each day’s opening contest will also be brought forwards to 1:20pm, with each card’s showpiece event set to air at 3:05pm. Regional managing director of the Jockey Club, Ian Renton commented:

“We’re really grateful to RMG and ITV for enabling all those who will be enjoying the festival from home to enjoy a sixth race in this one year.”

This year viewers can look forward to the Boodles Juvenile Handicap Hurdle, the Johnny Henderson Grand Annual Challenge Cup Chase and the Daylesford Mares’ Novices’ Hurdle, amongst other popular fixtures. Bookmaker Paddy Power has been named as the official backer of the Festival Plate Handicap Chase, which has now been renamed the Paddy Power Plate in honor of the sponsor.

Paddy Power also sponsors the mares’ chase as well as the Stayers’ Hurdle. That race was previously sponsored by Brown Advisory and Merriebelle Stable. They have not been left out though, having been upgraded to the RSA Novices’ Chase, now renamed the Brown Advisory Novices’ Chase.

This year’s Cheltenham Festival has also proudly welcomed a major new charity partnership. The Jockey Club has joined forces with WellChild, a charity for seriously ill children. As part of the sponsorship the charity has been named as the sponsor of the festival as well as its flagship race, the Cheltenham Gold Cup. In turn, WellChild will benefit from the millions of viewers that the event attracts.

This year’s event, billed as “The Festival supporting WellChild”, will begin on March 16th and reach its finale on March 19th. Viewers will tune in to ITV to watch the four-day event unfold, culminating in the WellChild Cheltenham Gold Cup. The event was previously sponsored in 2019 and 2020 by cider manufacturer Magners. What was initially supposed to be a three-year deal appears to have fallen through a year early though. No explanation has been disclosed as to why that deal was ended early.

Despite the change in sponsorship, the prize money for 2021’s event will stay the same, at £468,750. Al Boum Photo, trained by Willie Mullins, has already been pegged by some as the favorite to win. If he wins, he’ll become the fifth horse in history to win three or more times, joining Best Mate, Arkle, Cottage Rake and Golden Miller.

WellChild is a national charity, although its headquarters are in Cheltenham. It works to offer support to young people in the UK living with serious illness. There are over 100,000 such children in the UK, and without the help of WellChild, some must spend months or years in hospital. Children at home with special health needs also face challenging circumstances, often without consistent or adequate access to support. WellChild gives these children the opportunity to thrive, through its services and support.

A Boost for WellChild

WellChild has been badly impacted by the coronavirus pandemic, and has lost 60% of its predicted income. It has also been forced to adapt its services to fit the unique needs of families in lockdown. Many of the children that WellChild supports are particularly vulnerable to COVID-19, due to their illnesses, and have had to shield since last March. During the last 12 months WellChild has boosted its digital services and put more information online to help carers.

It also launched a crisis response service in just ten days, in order to get vital PPE to shielding families so that they could allow visits from external carers. Since then, it has provided over 289,000 PPE items to over 1,000 UK families. Chief executive of WellChild, Colin Dyer, welcomed the new partnership with The Jockey Club, stating:

“This has been a challenging year for our organization and the families we support, many of whom have felt hidden and isolated more than ever before. However, we have responded at every turn to ensure that families have access to the support and equipment they need to thrive at home. This partnership will bring a much-needed boost to our organization after a challenging period and will help to ensure that we are ready to respond again in 2021 and beyond.”

The Jockey Club hopes to raise awareness and donations for WellChild through its partnership. Together, the two organizations are planning to carry out a number of activities leading up to the Cheltenham Festival. This will include a competition for children learning at home, which will ask them to show off their creative skills.

ITV Racing’s Ed Chamberlin, who has been a WellChild ambassador for nearly a decade, also praised the pair for working together. He decided to support the charity on seeing the children’s cancer ward at Southampton Hospital. For him, the partnership combines two of his major life passions and he is pleased that racing is getting behind the worthy charity, after such a tough year. 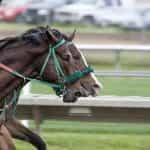