LeoVegas Casino has signed a three-year deal to become the principal partner of Norwich City Football Club, starting from July 2017.

The EFL Sky Bet Championship club will bear the Leo Vegas logo on its adult shirts and match-day training wear. The deal also involves a heavy presence of branding at the club’s home stadium, Carrow Road. 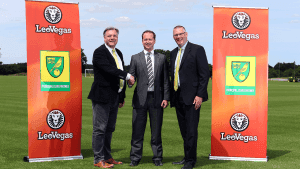 The Norwich City FC contract is the second in a month for the online casino, which only launched in 2012, after it announced a sponsorship deal with Brentford FC on the 20th June. The Swedish company also sponsors Leicester Tigers and professional golfer Mathias Schjølberg.

We’re very excited to be partnering with Norwich City, and this is a deal that cements LeoVegas’ presence in UK sport. We’re delighted to be working alongside the Canaries at the start of an exciting new era both on and off the pitch, and can’t wait for the new season to get started. – Jon Sinclair, Head of LeoVegas’ operations in the UK, speaking to Norwich City’s official website

Steve Stone, Managing Director at Norwich City FC, said: “It has been a positive summer for the Club commercially, and this partnership with LeoVegas will generate vital income into Norwich City. We very much look forward to working with them for the next three seasons.”

Details about the value of the LeoVegas contract have not been revealed, but it is expected to be a lucrative deal for the EFL club.

The deal between Norwich City and LeoVegas has been met with mixed emotions by the club’s fans. One supporter, a recovering gambling addict named Luke Jones, wrote an open letter to the club urging it to reconsider the deal.

In the letter, published on a local news website, Jones described his battle with gambling addiction after attending a Norwich City game as an 18-year-old and receiving a free £10 bet on an online gambling website. The letter ends: “I have lost my job, lost relationships, been declared bankrupt, please don’t let this happen to our fans even if it is just one.”

“It’s true what they say, the house always wins, but please don’t let them win this time.”

Norwich City Football Club has not commented on Jones’ appeal. 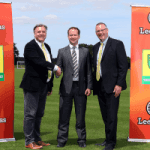 Rise in Problem Gambling in France 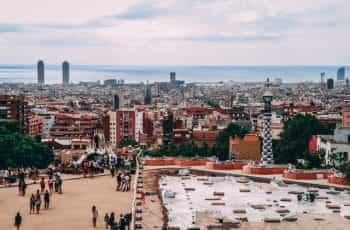