The grandfather of Bournemouth midfielder Lewis Cook won the windfall from the £500 bet he placed in 2014 after Lewis made his England debut against Italy at Wembley. 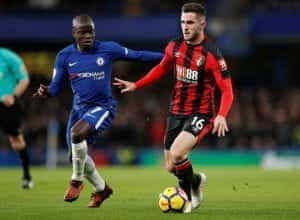 Trevor Burlingham made the bet at William Hill soon after his grandson broke into the first team at Leeds in 2014, and the bookmaker in Tadcaster, North Yorkshire gave him odds of 33/1.

To win the bet, Cook had to make his debut before his 26th birthday, and he came off the bench for the final 20 minutes in the 1-1 draw against Italy at just the age of 21.

Speaking before the midfielder took his England bow, William Hill spokesman Joe Crilly noted how the company was expecting to be making the payout sooner rather than later, having previously been called up to represent his country without making an appearance.

Lewis has obviously already had one call up but didn’t win a cap and it now looks like a case of when, not if his grandfather is repaid for the faith he showed in his grandson. He has been in fine form this season and is well deserving of a call up, so let’s hope he can go one better and bag a cap in the next few days. – Joe Crilly, Spokesman, William Hill

The bet is far from the first time a sports stars’ relative has won big because of their success. Goalkeeper Chris Kirkland’s father Eddie, made a £100 bet at 100/1 that his son would appear for the Three Lions one day. The keeper was just 12 at the time, but made his bow 13 years later at the age of 25, netting his dad £10,000. 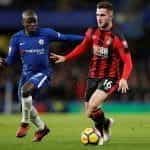