Matchroom Boxing is close to finalizing a nine-figure deal with sports streaming platform DAZN. The deal will see DAZN take over from Sky Sports as Matchroom Boxing’s exclusive broadcast partner in the UK. The deal comes as Eddie Hearn is promoted to Chairman of Matchroom Sport. 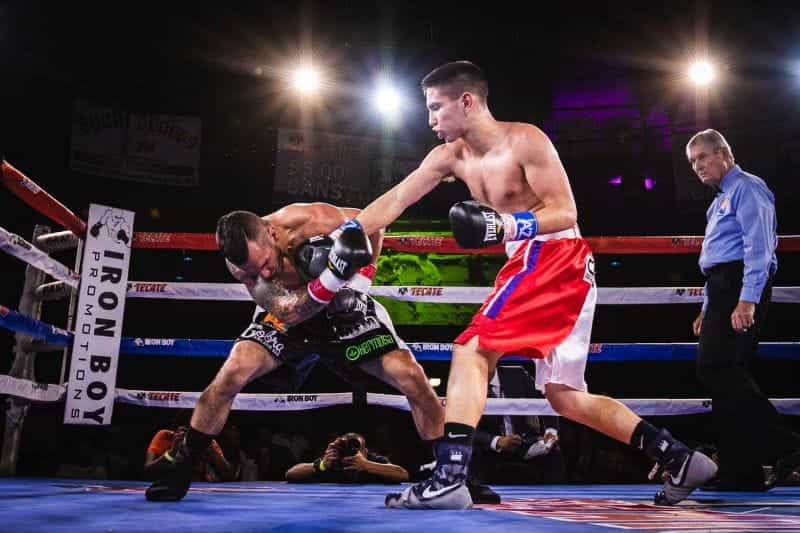 DAZN has helped Matchroom Boxing to establish a new audience in the US. ©Sides Imagery/Pexels

The new deal between Matchroom Boxing and DAZN is reported to be worth more than £100 million, and will see the streaming platform replace Sky Sports as its UK broadcaster. Matchroom has been partners with Sky Sports for nearly ten years, after first collaborating in 2012. A six-year contract was agreed in 2015, with Sky showing 120 fights annually.

Now that the broadcaster’s deal is about to time out, Matchroom has opted to look elsewhere to fulfill its broadcasting needs. DAZN will take the reins from July 1st, after Sky has aired two more events. On May 15th, light heavyweight Joshua Buatsi will headline Manchester’s AO Arena. Sky Sports’ final night of broadcasting with Matchroom Boxing will take place in June.

DAZN’s new five-year contract marks the latest in a string of joint ventures with Matchroom. The deal will give the sports streamer a foothold in the UK and access to some of the biggest names in British and Irish boxing, including Callum Smith, Katie Taylor and Lawrence Okolie. However, two of the biggest stars of boxing, Anthony Joshua and Dillian Whyte, have not been included in the deal.

Chairman of Matchroom Boxing, Eddie Hearn is pleased to partner with DAZN, a company that he has previously described as “the future of boxing”. DAZN is one of the most successful UK tech companies in recent years, after experiencing a meteoric rise. The streaming service was only founded in 2015, but now caters to more than 200 countries.

In the first half of 2019, DAZN became the highest-grossing sports-related mobile app, knocking Major League Baseball from the top spot. Despite a decade of success with Sky Sports, it is no wonder that Matchroom is keen to partner with a more modern broadcaster. In January, CEO of Entain Shay Segev also spotted the potential of DAZN, joining the streaming platform as co-CEO.

Eddie Hearn was recently named as the new Chairman of Matchroom Sport, taking over from his father. Barry Hearn OBE held the role for nearly forty years, but will continue as President of the Group. That is an advisory role, in which he will mainly be occupied with event strategy and global development.

Barry Hearn, now in his seventies, has stepped back his duties. Hearn founded the sports promotions company in 1982. After finding success in the snooker market, Matchroom went on to lead in boxing, pool, darts, tenpin bowling, and other popular sports. Under Hearn’s leadership, Matchroom became renowned for thinking outside of the box when it came to attracting viewers.

That is a trait shared by his son Eddie, who now aims to take Matchroom to even greater heights. After joining Matchroom Sport in 2004, Eddie has been responsible for growing the firm’s poker and online gaming operations. He has also held the position of Chief Executive of the PGA EuroPro Tour. Announcing his new role, Eddie Hearn said:

“My father has dedicated his life to the company and since I joined in 2004 I have done the same. Now a greater responsibility falls on my shoulders and I am very proud to continue his great work and lead the business and the incredible team that we have built at Matchroom.”

Eddie is best known for his work in promoting Matchroom Boxing. He has an array of respected, world-class fighters under his belt, including World and Olympic Champions. Hearn has promoted some of the sport’s biggest fights, including Joshua vs. Klitshcko at Wembley Stadium, which attracted 90,000 spectators.

More controversially, Hearn promoted a 2019 professional boxing match which saw rival YouTubers KSI and Logan Paul face off in the ring. It was a rematch after an initial fight in 2018 wound up in a draw. Boxing fans were critical, claiming that the two fighters were too inexperienced and that Hearn shouldn’t promote publicity stunts. Nevertheless, the match, which was won by KSI on a split decision, became DAZN’s third most-watched fight that year.

Eddie Hearn is largely responsible for cultivating the close relationship between Matchroom and DAZN. Hearn first called on the streaming platform’s services in 2018, in order to pursue the US market. Now it seems that the favor is being returned, albeit with a nine-figure price-tag. If DAZN is able to coax viewers over from Sky, it will receive a lucrative corner of the UK’s sports viewing market.

With a wealth of experience and a great track record, Barry Hearn has left the family firm in a safe pair of hands. Hearn explained that he wanted to see the company through the pandemic, before handing over his responsibilities, and that now was the right time for him to step back. Thanking staff, Barry Hearn stated:

“I could not be prouder of the Matchroom Group of Companies and the outstanding teams that operate in a highly competitive marketplace. Matchroom has grown from two employees operating in an office under a snooker hall in Romford in 1982, to the global powerhouse it is today due to the efforts and performances of all our staff, contractors, broadcasters, and partners.” 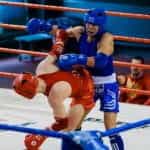