Two separate bills that seek to legalize sports betting in Missouri have been given the green light to be pre-filed before next year’s legislative session. The moves were made after a Special Interim Committee on Gaming found that sports gambling could be beneficial for state tax coffers. 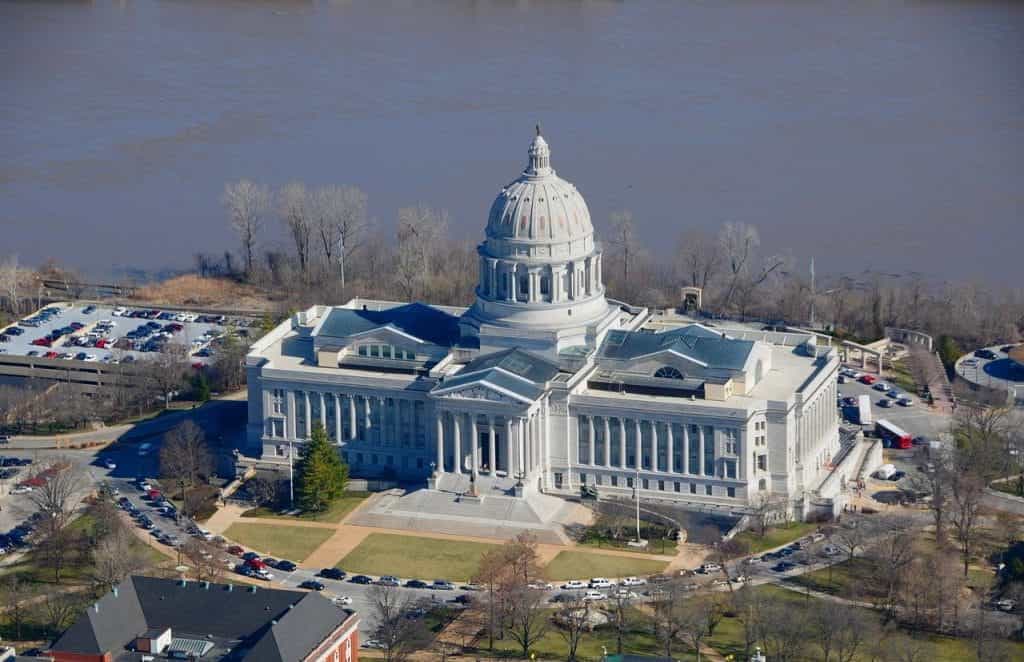 Two sports betting bills have been introduced to Missouri’s house of representatives after members of Missouri’s Special Interim Committee on Gaming gave the motion a green light. ©David Mark, Pixabay

However, the bills have not been without controversy, with many pointing to their inclusion of “integrity fees” as potentially detrimental to their chances of passing. These fees would see a percentage of gaming revenues taxed and given to the governing bodies of the sports leagues that bets were placed on.

The two bills are set to compete for the favor of Missouri lawmakers. The first, SB 567, is authored by State Senator Denny Hoskins and seeks to allow the state’s 14 riverboat casinos to apply for a sports betting license at a cost of $25,000.

The bill would also allow the riverboats to partner with an online sportsbook for an additional $25,000 fee. A tax on gross gaming revenue would be set at 9 percent, while an integrity fee of 0.25 percent would apply.

The alternative bill, SB 754, is authored by State Senator Tony Luetkemeyer. This bill would allow riverboats to apply for a license at a lower price of $10,000. Similarly, licenses for partnerships would cost licensees an additional $10,000.

While the tax on gross gaming revenues would also be set at a lower rate of 6.25 percent, the integrity fee would be set at a much higher 0.75 percent rate. It is uncertain whether or not house representatives will support either option, with two bills seeking to legalize sports betting that included integrity fees already failing earlier this year

So far, no other states that have legalized sports betting include league or integrity fees in their language. Many are surprised to see the inclusion of them in both pieces of legislation, with everyone from academics to industry professionals panning integrity fees for being ineffective or unsustainable.

The most vocal proponents of these fees are the big four sports leagues themselves, who have lobbied extensively for their inclusion since the federal ban on sports betting was overturned. The NFL argued that congress “has long recognized the potential harms posed by sports betting to the integrity of sporting contests and the public confidence in these events.” The fee, it was argued, would help to protect the integrity of the league.

However, their efforts have since stalled after a number of reports revealed legal sportsbooks would struggle to turn a profit if they were included due to the way in which the fees would be applied. One such 2018 study into integrity fees by Oxford Economics was commissioned by the American Gaming Association.

It found that “because the League Fee is calculated on handle (amount bet), which represents a large volume of offsetting stakes, rather than the gaming revenue a potential sports book might earn after paying winning bettors (also referred to as gross gaming revenue or GGR), the League Fee has a large impact on effective tax rates.”

Due to the addition of the tax on the entire amount bet as opposed to the revenue, this fee would increase the tax rate by 16.7 percentage points. “For example, a state tax of 16 percent of gaming revenue, plus a 0.25 percent federal handle tax, is equivalent to an effective tax on gaming revenue of 20.2 percent. When the League Fee is added, the effective tax rate increases substantially to 36.8 percent,” the report found.

This is why many were surprised to see that Missouri’s Special Interim Committee on Gaming gave the green light to bills that included these clauses. When gaming operators met with the committee in October, Chairman Dan Shaul acknowledged that there was little support for integrity fees amongst those in attendance.

The Potential of Missouri’s Bills

It is clear that lawmakers in Missouri are interested in legalizing sports betting across the state, but there are still a few hurdles to overcome. Outside of deciding on the intricacies of both bills, there is exists some heated debate as to who should regulate sports betting activities.

According to a report by the committee, “regulation by the Missouri Lottery, the Gaming Commission, or by a new agency are all valid options for consideration, but the main goal should be to avoid unnecessary competition among state agencies and provide revenue for education.”

Sports is a major institution in the state, with four professional sports franchises calling Missouri home. Estimates of annual tax revenues generated from sports betting are currently around $37 million. This is based on the estimate that Missourians will spend up to $5.5 billion a year on sports wagering.

“The committee views the legalization of sports betting as a legitimate opportunity to increase state revenues and to direct such revenues in a manner similar to the Missouri Lottery and casino gaming so that the bulk will help to fund education.”– Dan Shaul, Republican Representative, Missouri House of Representative

Outside of sports gambling issues, the committee’s report also named the need to address the legality of special gambling machines that have become widespread in Missouri. There are now some 14,000 of these so-called “gray machine” video gambling terminals that exist across the state.

While they have for some time been allowed to flourish in a legal limbo due to them being not technically slots, opponents have argued that they still constitute gambling and should be regulated and taxed accordingly. The two pre-filed bills do not address these machines. 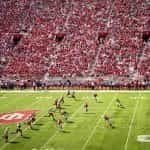