Mr Green Teams Up with Gamingzone Entertainment for Esports Venture

The pair announced plans to ‘create a new community for esports fans with focus on entertainment, news and gaming possibilities’. 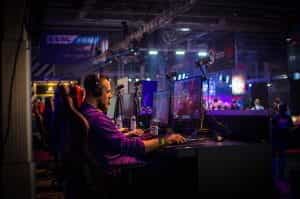 An esports gamer at the helm.

Gamingzone Entertainment is a big player in the esports and gaming entertainment market, while Mr Green is a protagonist in the European online gambling scene, with a penchant for embracing new trends and technologies.

Cakste believes his new venture is well-positioned to advance on existing esports betting possibilities and offer new entertainment possibilities to fans. He said: “Entertainment and betting within esports is still immature. We are convinced that there are interesting and entertaining ways of offering the fans something better than what we have seen so far.

“We are happy to partner with Mr Green which is an established, knowledgeable iGaming company that acts responsibly and is long-term.”

He continued: “Our main ambition is to create a community where esports fans from the entire world love to spend time. People of the age of 18 and older who want to bet will in due time be offered that opportunity under just and safe conditions”

Group CEO of Mr Green, Per Norman, is evidently also excited about the new venture.

Esports is a quickly growing, global phenomena and an increasing number of fans is spending time on gaming as well as different kind of videos. Experts believe this can become as huge as traditional sports. We want to be part of this development and create a presence among all its fans. In Gamingzone, we have found a partner who understands esports, content and entertainment– Per Norman, Group CEO, Mr Green

It is not the first time Mr Green has sought to expand its portfolio in a new and original direction. Earlier this year the company partnered with software developer NetEnt to launch a live 3D virtual casino experience. 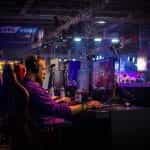