Nevada and New Jersey have posted record September earnings from gambling, in large part due to the first full month of legal sports betting on the NFL. While Nevada earned a whopping $52 million in revenue from sports betting over the month, New Jersey brought in $37.8 million. 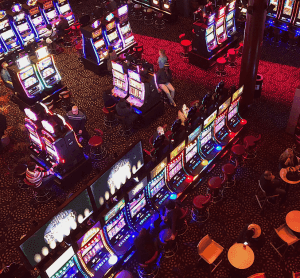 Both Nevada and New Jersey have posted record September earnings from gambling activities. ©
Chuma A on Unsplash

The reports, posted by the Nevada Gaming Control Board, have suggested that Nevada has continued to reign supreme as the gambling capital of the nation, despite earlier predictions. In total, Nevada’s casinos reported a gross gaming revenue (GGR) of $1.059 billion  from its 447 gaming floors.

This figure, the highest of any September GGR takings in the state, marks a 6.8 percent increase on September 2018 . But it wasn’t just sports betting, which stipulates a 9.5 percent tax on revenue, that has bolstered Nevada’s record-breaking gambling figures.

This year has seen a huge surge in popularity of Baccarat , which has become the high-roller game of choice. The table game has seen a 54 percent year-over-year increase in GGR earnings, with its 19.5 percent tax on revenue bringing over $108 million for the state.

New Jersey, on the other hand, owes most of its growth to the sports betting market which continues to challenge Nevada  for nationwide domination of the industry.

However, while its total monthly takings of $455 million on sports wagering is the highest state figure since sports betting began in June 2018, it is still no match for the $546.3 million posted by Nevada this month, or even the record-breaking $600 million Nevada posted from sports bets in March this year.

According to New Jersey’s Division of Gaming Enforcement, the state’s casinos and racetracks benefited hugely from the return of NFL  and college football, with both generally attracting high betting figures. The reliance on internet gambling has also proved to be crucial to New Jersey’s growing sector.

The Figures in Detail

While Nevada has broken previous monthly records, there has been concern expressed that the tides may be shifting for the state.  Despite the high performance of both sports betting and baccarat, Blackjack revenue was reported to be down 10.3 percent.

Still, the biggest earner for the state’s casinos continues to be slot machines, which generated a staggering $690.2 million  from punters. This was an 8.3 percent rise on last year’s figures.

Also threatening Nevada’s industry was a recent controversy surrounding rising fees issued by Las Vegas’ resorts and casinos. These charges are not just added to hotel stays but drinks at the bar.

For example, stays at luxury resorts such as the Venetian, Bellagio or Palazzo resorts can now incur a fee as high as $45 a night. On top of this, MGM and Caesars have recently removed free parking from their premises and now charge customers to park.

Despite the backlash, this hasn’t seemed to stop gamblers and holidaymakers pouring into the state to try their luck. Casinos located in Clark County casinos have reported earnings of $913.5 million in September while casinos on the Las Vegas Strip properties have reported a GGR of $584.2 million.

The same, however, cannot be said for New Jersey. Despite their high-performing sports betting industry, Atlantic City’s casinos reported a 3.2 percent drop in their revenues from table games and slots, bringing in a GGR of $225.5 million.

If it wasn’t for the sports revenue and the record-breaking month for internet gambling in the state, the casinos would have failed to achieve its total overall revenue increase of 4.1 percent, bringing them to $283.2 million.

While some casinos reported major revenue increases, others didn’t fare so well. Although collectively the nine casinos in Atlantic City posted an increase, six of them saw their individual monthly GGR decline. These figures have not inspired, too much concern from officials, who say the collective increase points to a healthy industry.

“While operators continue to face strong competition for gaming and leisure customers, the increase in total gaming revenue shows the industry has grown for the betterment of both Atlantic City and New Jersey as a whole.”– James Plousis, Chairman, New Jersey Casino Control Commission

So far this year, sports betting has generated $190.6 million in revenue for the casinos and tracks and raised $23 million in state taxes. 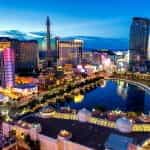