The Jockey Club has announced that Nevin Truesdale has been promoted to the position of Group Chief Executive. The move follows the suspension of Delia Bushell from the role earlier this year, following an inquiry into her behavior. Truesdale will take the reins from January 1st. 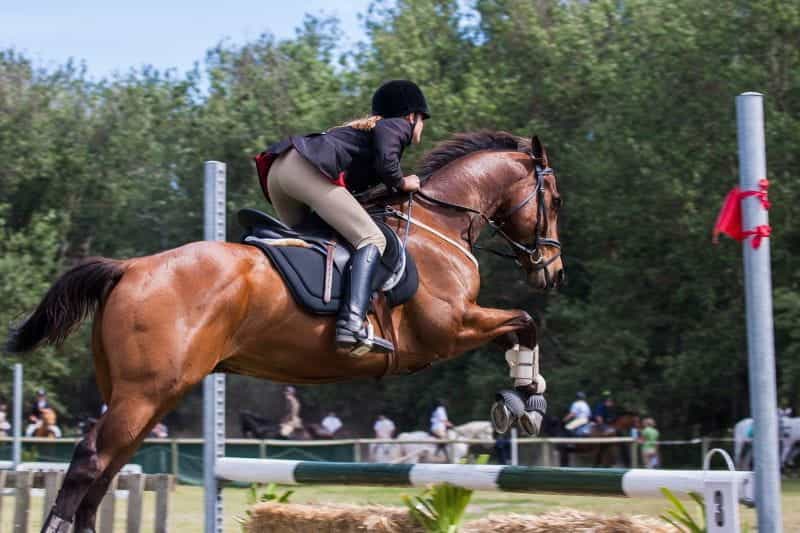 Truesdale is a passionate racing fan, and is part of a syndicate that owns novice hurdler, Bendy Bow. ©Jean van der Meulen/Pexels

Truesdale’s appointment as the Jockey Club’s new CEO marks the end of a difficult chapter for the Jockey Club. Truesdale has led the horseracing firm since late August, when his predecessor Delia Bushell was suspended from the role.

An inquiry led by an independent barrister supported allegations made against Bushell, which made her position at the Jockey Club untenable. Allegations included racist comments about the Black Lives Matter movement, sharing offensive material and bullying. Over the course of the investigation into her behavior, evidence of witness tampering also came to light.

Bushell strongly refuted the claims made against her, alleging that that a group of male co-conspirators had plotted against her. Friends like TV sports presenter Clare Balding spoke out in her defense, but it was not enough to save Bushell’s position. The board stood by its decision and Bushell resigned from the role.

Since then, Truesdale has led the Jockey Club in an “acting” capacity. Despite not yet holding the official title of CEO, the last four months have been some of the busiest in the history of the organization. The Jockey Club has undergone its largest internal reorganization in the last ten years. As part of this process, it has been implementing its new strategy for the future. In a year like no other, the pressure was on for it to update its practices.

The coronavirus pandemic has had a huge impact on the horseracing industry, both in the UK and worldwide. For much of the year, racing has had to take place behind closed doors. With spectators unable to attend events, race courses really felt the pinch as revenue streams like ticket sales and casual spending at the grounds dried up. It was still an improvement on the beginning of the pandemic, when empty sports calendars left bookmakers with few betting opportunities to offer.

Now spectators have been allowed to return to racing, with strict safety measures in place to inhibit the spread of the virus. Up to 2,000 visitors are permitted in Tier 2 areas of England, although the first races to take place at Haydock, Kempton, Lingfield and Ludlow saw crowds number in the hundreds. Following two failed pilot events at Doncaster and Warwick, it has been a relief for fans of the sport.

The Jockey Club, of which the Queen is a patron, is the UK’s largest commercial horseracing organization. It owns fifteen of Britain’s best-known racecourses, including Aintree, Cheltenham and Epsom Downs. The organization used to be responsible for overseeing the regulation of the sport, but those responsibilities have since been handed over to the British Horseracing Authority.

In years gone by, the Jockey Club would see around four million visitors at its courses. It stages some of the most prestigious events in horseracing, including the Randox Health Grand National, the Derby Festival and the Cheltenham Festival, which came under fire earlier this year as it went ahead despite COVID-19 fears.

One of the Jockey Club’s more unexpected ventures has been in the music industry. The Jockey Club Live is the UK’s sixth largest music promoter, producing large outdoor concerts at its racecourses. Since its launch in 2014, it has held more than 120 concerts, entertaining more than a million fans with international acts such as Kylie Minogue, Sir Tom Jones and The Rolling Stones.

As CEO, Truesdale will oversee all of this, as well as The National Stud and the Jockey Club’s racehorse training centres at Epsom Downs, Lambourn and Newmarket. Senior Steward of the Jockey Club, Sandy Dudgeon welcomed Truesdale’s appointment, saying:

“The Board are delighted to appoint Nevin as our Group Chief Executive. He has demonstrated excellent leadership of the whole business over the last few months and first-class performance as a senior executive over several years. He and his senior team have now completed a significant reorganization program designed to set The Jockey Club onto a firm footing for innovation, growth and sustainability for the future, and I wish him every success in the role.”

Truesdale has been a senior executive at the Jockey Club for the last seven years. He first joined the organization in 2013, when he took on the role of Group Finance Director. Prior to that, he held the position of Finance Director at Centrica plc, where he was responsible for British Gas’ £9 billion Residential Energy division. Truesdale has also worked with The AA and Ernst & Young, following his degree studies at the University of Cambridge.

Truesdale’s passion for horseracing is evident outside of his work too, as he even owns his own racehorse. He is part of a syndicate that owns Bendy Bow, a five-year-old novice hurdler trained by Mark and Sara Bradstock. He is on the Board of Jockey Club Racecourses, as well as the Racecourse Media Group, The Racecourse Association, The National Stud and Jockey Club Catering.

Speaking in a press release, Truesdale was pleased to officially take on the top role. Praising the hard work this year of those employed at the Jockey Club, Truesdale vowed to push the organization forward, stating:

“Over the past few months I’ve enjoyed strengthening working relationships and making significant progress for the industry with our diverse range of stakeholders and commercial partners. Collaboration and strong relationships are so important to delivering success, as is listening to your customers, providing fantastic experiences for all and constantly embracing change and innovation. We’ll be working hard to continue our success in these areas in the years to come.” 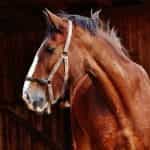