Recent reports suggest that New Jersey is poised to replace Nevada as the largest sports-betting market due to the state’s allowance of mobile betting. While sports betting laws are gradually introduced across the nation, many are yet to tolerate mobile betting, a feature that is proving to be more popular amongst gamblers. 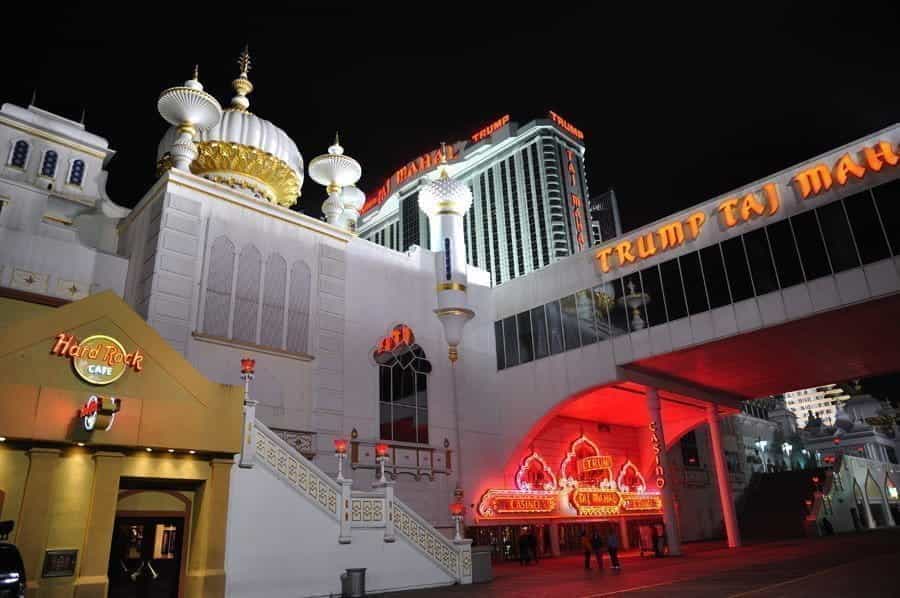 Casinos such as the Trump Taj Mahal in Atlantic City aim to challenge Nevada’s dominance in the industry © introducingnewyork.com

States that have opted entirely out of mobile sports wagering require gamblers to place bets at physical locations like casinos and designated kiosks, while some other states allow sports wagering on mobile phones as long as they are in the immediate vicinity of a racetrack or a casino.

These limitations could prove detrimental to these states earning potential as proven by what is happening in New Jersey. Online gaming now accounts for roughly 80% of legal bets placed on sports in the state, which according to figures posted in May, topped Nevada’s earning for the first time.

New Jersey legalized sports betting in 2018 after a long landmark Supreme Court battle gave them, along with all states, the right to decide on the legality of sports betting. The ruling set off a domino effect of other states in the nation who have followed New Jersey’s lead in legalizing sports wagering.

While mobile wagering is a common practice in countries with legalized sports betting, many believe that the freedom of remote activity could lead to problem gambling. On the other hand, others point to the convenience of smartphone betting figures such as those recently posted by New Jersey as an example of why mobile wagering should be allowed.

With mobile sports betting widely available through illegal apps and international websites, it has been argued that legalization and regulation is the best way for states to receive tax revenue whilst ensuring the protection of consumers. The American Gaming Association reports that bests lost to illegal gambling are valued at roughly $150 billion a year.

News about New Jersey’s high-performing mobile wagering industry comes after the state reported that $3.2 billion was wagered by state residents during its first year of legality. This number is expected to be vastly surpassed this year once football season recommences.

While many casino operators in New Jersey have welcomed sports betting as a means of building revenue, the main beneficiaries are DraftKings and FanDuel. These platforms started out with fantasy sports offerings and have since dominated the mobile sports betting market since its legalization last year.

Whether New Jersey surpasses Nevada as the highest-earning mobile sports betting destination remains to be seen. Despite overtaking the state in May, Nevada still reigns supreme when it comes to sports betting on singular sporting events like the Super Bowl and College Basketball Championships.

”This is a product that wants to live online, where a significant amount of its customer base wants to interact online, and it’s a product that frankly makes more sense online.”– Chris Grove, Managing Director, Eilers & Krejcik Gaming

Mobile Sports Wagering Across the USA

There are currently twelve states that have passed legislation to allow sports wagering, with online and mobile wagering allowed in five, including New Jersey, Nevada, West Virginia, Iowa, and Nevada. Three more states permit online wagering but are yet to launch, while four prohibit mobile wagering entirely.

A number of other states are looking to legalize sports betting, though when they may progress remains to be seen. Chances are, many are looking to the effectiveness of the laws within each legal state, and how much mobile sports wagering is involved in the accumulation of tax revenue.

This would mean considering states like Mississippi, who last year legalized sports wagering but prohibited mobile betting. This July, the Mississippi Gaming Commission reported a decline in tax revenue and amounts wagered on sports in the state.

The total wagered in July came in at $13.83 million, with $1.05 million of that gained as tax revenue. This was down from $15.19 million in June with a taxable revenue of $1.62. While the earnings are still substantial, there is no doubt that the lack of mobile betting has hindered the earning potential of sports betting in the state.

Tennessee, on the other hand, will soon trial an online-only mobile wagering system due to the fact there are no casinos located across the state. Although it has been announced, there has yet to be a start date set for the test. 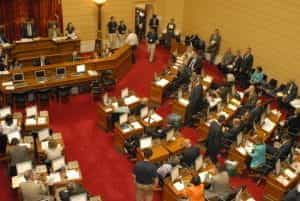 Meanwhile, residents in Rhode Island await a court verdict on the legality of mobile sports wagering in the state. When it was first passed, the state’s sports betting law stipulated that physical location wagering would begin at two of its casinos before expanding to mobile. While some lawmakers debated that the convenience could be a problem, others like State Senate President Dominick Ruggerio stated that the long lines at a physical location during big events would turn potential gamblers away.

Later, former mayor candidate Daniel Harrop brought a case against the state in an attempt to halt the rollout, claiming that the laws were unconstitutional. A decision on the matter is expected in the following week, which if in favor of mobile betting would then allow for the immediate rolling out of online wagering across the state. 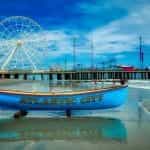