The Premier League has confirmed that it will continue to air all February matches on television. Following on from the decision to continue play behind closed doors, this news means that fans will still be able to watch their favorite teams play through the lockdown. 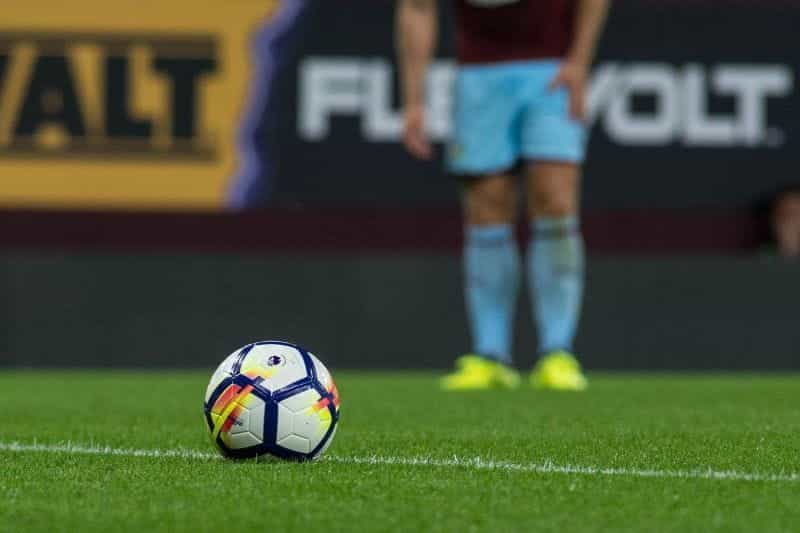 The Premier League is also set to trial concussion substitutes in its upcoming games. ©KelvinStuttard/Pixabay

The impact of the coronavirus pandemic on sporting fixtures throughout 2020 was huge. That disruption seemed set to end with the government’s surprise announcement last December, that fans in England would finally be allowed to return to the stands to watch home teams play in person. The rollout of the tier system in England meant that up to 4,000 fans could attend matches in tier one areas, while in tier two areas that number was revised down to 2,000.

That news offered some hope that the sporting calendar might return to normal in time for the new year. However, the return of fans was short-lived, as the UK and much of the world has now gone back into lockdown. For many Britons, this has meant working from home, homeschooling children and going on furlough. The rollout of the Pfizer/BioNTech and Oxford/AstraZeneca vaccines has been positive news, despite some logistical difficulties.

Professional sport is one of the few sectors that has been allowed to continue, in line with government guidelines. Some big changes have been necessary though, including testing players before matches. However, close contact pitch celebrations have raised eyebrows amongst fans and the sport has not been free from criticism.

All Premier League matches have been broadcast live since the season began in September. In a controversial move, it was announced in October that some matches would air in pay-per-view format. That decision was not received well by fans, who felt that they would have to miss out altogether due to the £14.95 cost per game. In protest, fans instead donated that fee to charities such as food banks, and the plan was swiftly scrapped.

For fans, some uncertainty over how they will be able to watch future matches has remained. When the pay-per view plans were binned, the league only committed to reversing the decision for matches playing from November into January. As such, the announcement that all Premier League matches will now continue to be televised for free has come as a relief.

In a press release, it was confirmed that all league fixtures set to take place from Saturday, January 30th until the final weekend of February will be broadcast live for UK viewers. Thanks to the extended arrangement, fans can tune in to watch with the Premier League’s existing broadcast partners, the BBC, Sky Sports, BT Sports and Amazon Prime Video.

Further details of broadcast selections have also been released, so fans can check which teams are playing against each other, when and where to watch. At present, the Premier League says that it is too early to offer confirmation for the following fixtures, up until Matchweek 26. Continuing what has already been an unpredictable season, news on these fixtures will follow shortly.

The Premier League has underlined its commitment to entertaining fans and will ensure that access is continued, in one form or another, to future matches. Through working closely with its broadcast partners this has been made possible, although there is no doubt that those working within the sport and the fans themselves are eager to return to stadiums.

Most of the upcoming matches will be aired on BT Sport and Sky Sports, with the only exception being West Brom’s match against Fulham. That will be aired live on the BBC, at 15:00 on Saturday, January 30th. Both teams were only promoted last season and are fighting off relegation. Manchester United’s 0-0 match against Liverpool broke viewing records, as an estimated 4.5 million fans tuned in to watch the stiff competition take place on Sky Sports.

It’s good news for fans who like a flutter too, as the continuation of the season means that sports betting operators can continue to offer betting odds to customers. During the first lockdown of March 2020, bookmakers struggled to offer wagering opportunities, as the sporting calendar dried up. Punters were forced to think outside the box, and resorted to betting on niche and unusual competitions, such as marble racing and ESPN’s “The Ocho”.

In other news, the Premier League has also agreed to trial concussion substitutes. The top 20 clubs agreed in principle to the change before Christmas, and it has now been passed through following a vote. The Premier League is still in talks with FIFA and the International FA Board over the finer details, but if decisions are reached soon substitutes could come in quickly.

It would mean that clubs would be allowed to bring in two permanent substitutes if a player has gained a concussion, on top of the three changes teams are already allowed to make. If this happened, the opposing team would also be allowed to make changes at the same time. The FA Cup will also trial the new changes once it has come to an agreement with IFAB. The change in the rules comes in response to concerns raised by campaigners and health specialists over connections between head injuries and dementia in football, as well as other contact sports like rugby.