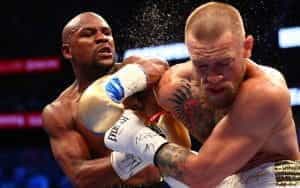 A boxing fan who bet $1.2 million dollars (£936,000) on Floyd Mayweather defeating Conor McGregor has won almost a quarter of a million dollars after the American emerged victorious from Sunday morning’s super-fight in Las Vegas.

It is the largest revealed bet on the highly-publicised clash between the boxing and UFC superstars, and with odds of -500, the gamble netted the anonymous punter $242,000 (£187,000).

Las Vegas bookmakers made a record haul on the fight and consequently, Nick Bogdanovich, Director of Trading at William Hill, was unperturbed by the ticket.

We are thrilled to pay it. We needed the same result – Nick Bogdanovich, William Hill US Director of Trading

Another mega-bet was placed by the billionaire Maloof brothers, who wagered $880,000 (£681,000) on undefeated Mayweather to stretch his record to fifty victories without tasting defeat. In the UK, around £250 million was placed on the outcome of the fight, with 80% of punters putting their money on McGregor. If McGregor won the fight, UK bookmakers would have had to pay out £300 million in total.

One wealthy Londoner waged as much as £100,000 on the Irishman, and Alexander Kostin, spokesman for British bookmaker Bet Bonus Code, claimed that UK-based sports bettors have been more likely to plump for the underdog ever since Leicester City completed an unlikely triumph by winning the Premier League in 2016. Around 28% of sports bets are now wagered on long-odds.

The hit the bookies took back in 2016 has actually turned out to have been a great marketing opportunity for sports betting, as proven by the Mayweather vs McGregor fight, that ended up working in the bookies favour. – Alexander Kostin, Bet-Bonuscode.co.uk

The fight proved to be the richest in history, raking in over half a million pounds, while Floyd ‘Money’ Mayweather pocketed around a staggering £230 million from the fight and related promotions.

Meanwhile, almost 20% of total bets in the UK were placed by women, which is completely unprecedented in sports betting. 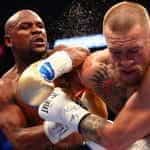