Ex-England football captain Wayne Rooney has been criticised for agreeing to wear the number 32 shirt as part of a sponsorship deal with gambling operator 32Red. Richard Caborn, former Minister for Sport who helped create the 2005 Gambling Act, has called the decision “crass” and the partnership “embarrassing”. 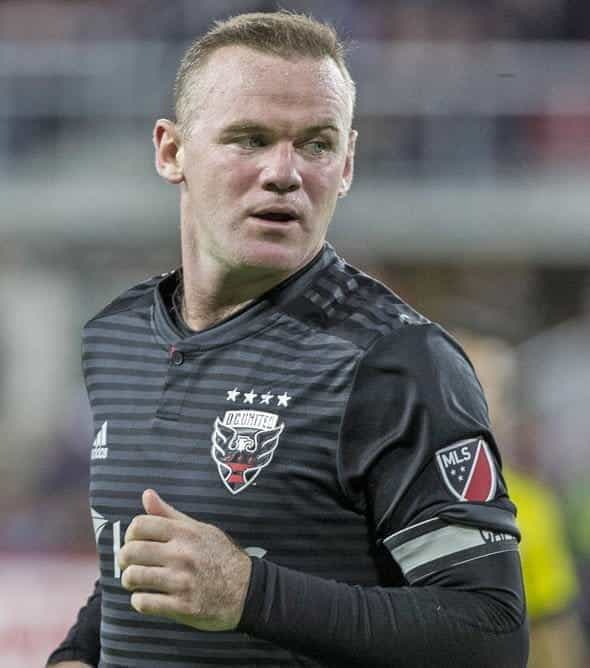 The Daily Telegraph revealed on Monday that Wayne Rooney would be returning to English football in January 2020 as a player-coach at Derby County, working under manager Phillip Cocu. Rooney left British football in June 2018, when he signed a three-and-a-half-year deal with DC United of Major League Soccer in America.

What should have been an exciting and positive moment was somewhat ruined, however, when it was also announced that Rooney will wear the number 32 shirt as part of the club’s partnership with the betting operator 32Red. Many have already pointed out that shirt numbers 7, 12, 13, 15, and 18 (Rooney’s shirt number when he first played for Everton) are all available.

The deal comes at a time when many other clubs are phasing out gambling sponsors from appearing on shirts. Paddy Power has recently launched its Save Our Shirt campaign, where it is “unsponsoring” Huddersfield Town, Motherwell, Newport County, Southend United, and Macclesfield Town by taking their logo off the shirts. Similarly, GVC announced earlier this year that they were pulling all stadium and shirt sponsorships.

Mel Morris, owner of Derby County football team, made a proud statement on the matter: “On the back of Wayne joining the club, we have just been offered a record-breaking sponsorship deal with our principal shirt sponsor, 32Red. We are keen to leverage Wayne’s involvement and the support of 32Red with our community initiatives, expanding the work such as the Team Talk mental health programme which is supported by our Community Trust and 32Red. These are key initiatives to us as a club and demonstrate the benefits of commercial initiatives that are truly aligned to the objectives of all parties, club fanbase and community.”

Morris has said to other news outlets that he believes bringing in such a well-known and successful player as Rooney is a “no brainer”. When asked if he thought that the publicity Rooney brings with him would be a distraction to the club, Morris answered, “People will only be able to answer that when the deal is done. Why wouldn’t you want a player with his background? His career has been phenomenal, he’s shown his leadership qualities in the USA and who wouldn’t want the chance to sign him? I can guarantee Cocu is as excited as I am.” The general manager at 32Red, Neil Banbury, released a positive statement regarding the deal: “We are delighted that our commitment to the club has allowed Derby to bring in an England legend who will not only improve the first team, but add invaluable experience to an already strong coaching set-up. Our partnership with Derby County Community Trust, and the extended relationship with Derby County Football Club, shows a new model for football club sponsorship is possible. 32Red are leading the way in becoming a sponsor of choice for a club and its community.”

Rooney himself seems rather unfussed by all of the negative attention. He said: “To be honest, the number that I wear is not a big deal. I’ve worn many numbers throughout my career: number 18, 8, 9, 10, 23, now 32. For me, the important thing was to come back and help the team, the number isn’t a big deal, whatever it is.” 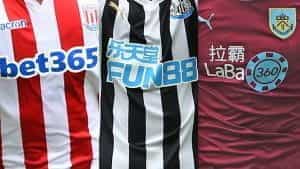 Others are viewing the partnership between Derby and 32Red in a far less positive light, especially regarding the football star’s part in it. Richard Caborn said: “It’s not very clever this – it all seems a bit crass. Wayne Rooney, who has got kids himself, should perhaps know this is not the brightest. The gambling companies need to be doing themselves favours at the moment, but this is not going to go down well with football authorities or the Government.”

Dr Dan Plumley, a football finance expert and senior lecturer at Sheffield Hallam University, told BBC Sport that football’s reliance on gambling operators is “one of the big issues” in the sport. He reported: “There is a big moral issue with gambling at the minute. This is no coincidence. And it is right to be pointed out. The ethical issues, especially with the wider societal problems with gambling, has led to a lot of talk about it. What clubs will come back and say is that this is a business and they need a sponsor for that business. There are a lot of providers in the gambling market and, if they are the best sponsorship package on the table, is it the club’s responsibility to really turn that down? It is an issue that is on everyone’s agenda. People want to see money put back into players and the club, and this revenue needs to be generated.”

The Gambling Commission, which is in charge of regulating all gambling in the UK, also released a statement on the subject. It reminded operators that “sponsorship arrangements must be undertaken in a socially responsible manner”. The Commission has strict rules to ensure that deals must not be “likely to be of particular appeal to under-18s” or “associated with youth culture”.

Derby County are actually one of sixteen clubs in English football’s second division whose primary sponsor is a betting operator. Fifteen of these clubs have the gambling logo displayed on the front of their shirts. 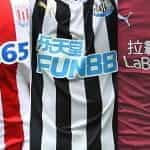 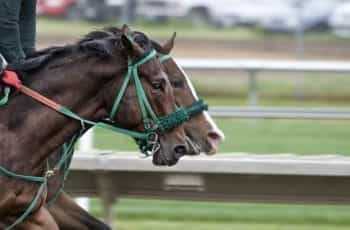