Michigan’s first month of sports betting has delivered disappointing results after the spread of coronavirus forced most major sports leagues to close. The low figures have inspired some lawmakers to act, with one considered possibility to boost revenues being the early commencement of mobile wagering.

Michigan’s sportsbooks have posted meager takings after their first full month of legal sports betting was disrupted by the spread of coronavirus. ©1848983/Pixabay

Michigan’s laws currently only allow for physical sportsbooks to open. The first two opened on March 11 at the Greektown Casino and the MGM Grand Detroit. One day later, the Motor City Casino opened its book just in time to accept bets for the March Madness NCAA basketball tournament.

The buzz around legal March Madness betting was painfully short-lived, with the NCAA canceling all of its remaining games hours later on March 12. All three casinos shuttered their doors on March 16 as a response to state mandates to minimize social gatherings to stifle the spread of coronavirus.

This marked the official closure of the state’s sportsbooks. However, despite the short duration of their operating, the three casinos collectively generated $105,548 in retail sports wagering revenue. Considering most other major sports leagues were shut down in this period, gamblers had very little to wager on.

The MGM Grand Detroit was the most successful of the three, taking in $84,695 in sports betting revenue. Penn National’s Greektown Casino followed with $15,904 in takings, with MotorCity Casino taking a meager $4,949. In total, the three casinos saw a year-over-year revenue decline of 59.1% over the same period.

The casinos collectively brought in $57.4 million in total gaming revenues this March, which was down 52.8% from the $121.7 million made in February. The figures are likely upsetting to local industry members, whose early reports on casino takings for the first quarter were pointing to a profitable year.

Before the sportsbook closures, Richard S. Kalm of the Michigan Gaming Control Board (MGCB) praised the efforts of local staff in launching the new sports wagering systems.

“The casinos and their suppliers helped us by their timely efforts to share information we needed to authorize the gaming. This new gaming opportunity has been highly anticipated, and we hope citizens will enjoy it and see benefits from additional revenue to both the state of Michigan and the city of Detroit.”– Richard S. Kalm, Executive Director, Michigan Gaming Control Board

However, according to House representative Brandt Iden, who introduced the bill to legalize sports betting last year, the government may have another option to help recoup the losses. Initially, the state was set to allow physical sportsbooks a year head start to launch before mobile sportsbooks could commence in 2021.

Now, Iden has said that he and other lawmakers are working with gaming regulators to help speed up the process to launch mobile betting so that the state can allow many homebound bettors to wager. Iden pointed to a clear “pent-up demand” amongst these gamblers that could be satiated to capture some of the lost revenues.

The progress of mobile betting will depend on the orders of Governor Gretchen Whitmer, who has already previously instructed the MGCB to not use emergency rules to speed up the launch. This was before the coronavirus pandemic affected the industry however, with emergency rules being allowed in the case that the state’s welfare is under threat.

In another example of unfortunate timing, Governor Jay Inslee signed Washington sports betting into law during the closure of the nation’s casinos. The bill, which will still need to be approved by the state’s voters, has not been without controversy, with some parties opposed to its numerous restrictions.

As the bill stands, retail sports betting will only be allowed on tribal lands. These restrictions were disputed by members of Washington’s cardroom industry, who cited that the law would unfairly favor the tribes. It was their preference that both statewide mobile and outsider operators be able to offer sportsbooks.

One such cardroom operator is Maverick Gaming CEO Eric Persson, who promised to sue the state in the case the bill passed. The grounds of the case challenges the emergency provision that was adopted by lawmakers in fast-tracking the bill – the same kind of provision blocked by Michigan’s Governor.

The tribal groups, on the other hand, have praised the efforts of the government, outlining the emergency need for sports betting to raise funds for the critical needs of tribal communities. One such highlighted looming threat is “the devastating impacts of the coronavirus pandemic”, which is expected to put an overwhelming strain on American tribes’ essential services. 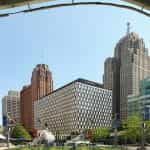