Sorare, an international fantasy football provider, has officially entered the Latin American market after partnering with Argentine soccer club Gimnasia La Plata. Sorare, a company based in France, is a free, blockchain-based fantasy sports tournament with prizes awarded weekly. According to Sorare’s website, it has more than 40 partnering teams worldwide. As of now, all of Sorare’s partnerships are with international soccer (also known as football) teams, and Gimnasia La Plata is the latest. 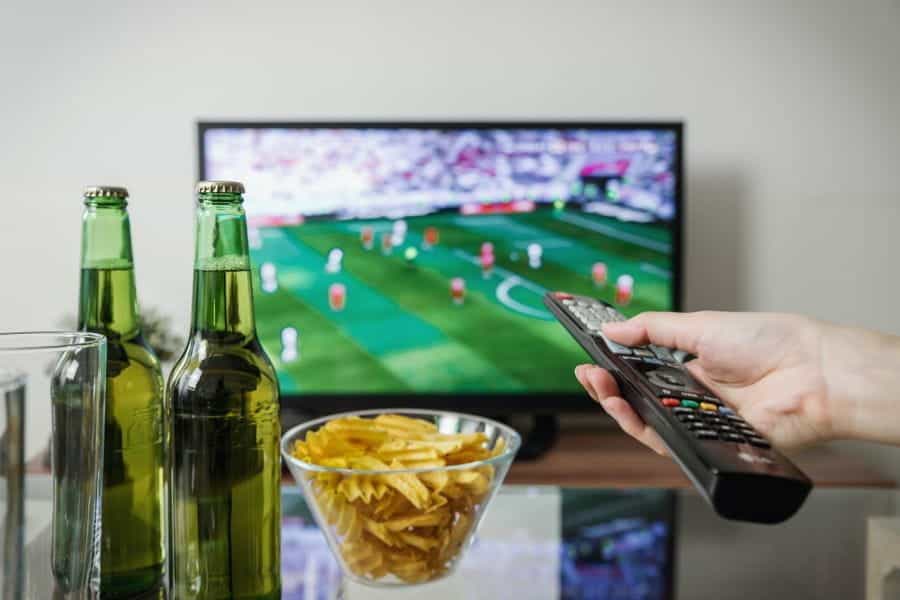 The latest deal between Gimnasia and Sorare offers an entertaining diversion for Latin American soccer fans — there’s just one thing: will there be games? ©JESHOOTS.com/Pexels

How Does Sorare Work?

Sorare allows players to participate in fantasy football leagues, with the unique twist of giving players blockchain cards. These cards, like grown-up versions of Pokemon, Ninjago, or Yu-gi-oh! cards, are tied to not only specific currencies but also specific players from designated soccer teams.

These cards can vary in their rarity: from the unique (only one); super rare (10 copies in circulation); and rare (100 copies). The rarer the card, the more power it has in a given fantasy game. By bringing together the fantasy sports model with a blockchain twist, Sorare catapults fantasy football, and, by extension, sports betting, into the future.

In order to play using Sorare, players must activate at least five cards, each designated for a different role on the fantasy soccer field. This includes goalkeeper, midfield, defense, and forward, and a player must have at least one of each. Players may only be used once. Once fantasy players have been chosen, your team has officially been created!

Each week, there are four different weekly challenges that players can enter: the Weekly Challenge, the Training League, the Under 23 league, and the All Star League. Sorare also explains a number of ways in which players need to be fairly matched in order to face off — that is to say, they should have comparable values in terms of the rarity of their cards.

Then, the total score of a player in their match is paired to the real-time scores of a given player. This score is then factored in relation to the card score of the given player. Players are also given additional points if they have played for longer minutes, total, than their competitors.

The latest deal between France-based Sorare and Argentina-based Gimnasia La Plata marks Sorare’s official entrance into Latin Americaa. This is certainly a big deal for the company, particularly given the extreme love of soccer held across Latin American countries. One can only wonder which soccer club deals will come next!

In an exciting addition, Gimnasia La Plata’s coach, Diego Maradona, will be the first time a coach card has been made available through the platform. Through this deal, Sorare will relate 111 unique Maradona coach cards, and according to some reports, some of these cards have already been purchased for more than $2,000 (USD).

The history of one of Argentina’s most beloved soccer teams goes back more than a century. Club de Gimnasia y Esgrima La Plata, also known as Gimnasia La Plata or simply Gimnasia, was founded in 1887 in La Plata, a city located in Buenos Aires, the capital province of Argentina.

Though Gimnasia in this instance refers to the soccer team, coached by Diego Maradona since 2012, the club more broadly contains a wide range of sporting activities, from basketball to tennis, gymnastics, volleyball, and fencing. Interestingly, the official uniform of Gimnasia has been unchanged since 1910.

Historically, Gimnasia has been the soccer team of the local working class, with ardent supporters from the La Plata region. Over the years, more than 800 different skilled soccer players have represented Gimnasia, most recently including Sebastián Romero, Lucas Licht, Mariano Messera, Lucas Lobos, and more.

Sorare — and Fantasy Football — During COVID

While the opportunities offered by Sorare are certainly exciting, it does raise the question of how these games will be affected when international sporting matches have been dramatically impacted by the ongoing coronavirus crisis. Still, certain countries have re-instituted legal soccer matches, so long as no fans are present.

No Fans, No Problem?

In Europe, for one example, the financial losses from coronavirus-related game cancellations has been devastating. According to accounting firm Klynveld Peat Marwick Goerdeler, Europe’s soccer players could expect a €6.6 billion drop in value.

This extreme loss is anticipated because sports games around the world have elected to go back into action, but with a noticeable difference: the absence of fans. In the UK, for example, live sports returned just a few weeks ago, allowed to take place without any cheering, screaming, or singing — or watching IRL at all — from June 1.

The Current State of Sports in Argentina

Soccer fans in Argentina were likely gutted when, at the end of April, Argentina’s official soccer federation cancelled the remainder of the season due to the ongoing coronavirus pandemic. At the time, a league spokesman said the season may not resume until January, 2021.

The problem has not been limited to soccer: as travel restrictions prevail around the world, Argentina’s rugby team, the Jaguares, may not be able to play at all this season. Even though New Zealand and Australia have eased their coronavirus restrictions, the exponential increase of new cases in Argentina mean travel is impossible. 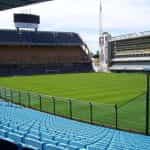