Researchers discovered a “wisdom-of-the-crowd” after analysing millions of Premier League-related tweets and betting prices from bookmaker, Betfair. The data suggests Twitter posts provide a more accurate prediction of winners and losers immediately after the game kicks off. 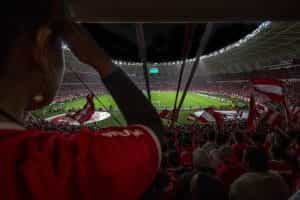 Could social media help you make a more accurate bet?

Mathematicians at the University of East Anglia’s School of Economics analysed 13.8m tweets during the 2013/14 Premier League season, which amounted up to 5.2 tweets per second. The data was compared against betting prices at Betfair to see whether punters who were guided by Twitter predictions would earn more on average for their wagers.

Twitter users made an average return of 2.28% from 900k bets. Meanwhile, from over four million bets staked on 372 matches, there was an average loss of 5.41%. Different betting strategies were incorporated in order to quantify the extent of mispricing that social media predicts.

We find that Twitter activity predicts match outcomes, after controlling for betting market prices. Much of the predictive power of social media presents itself just after significant market events, such as goals and red cards, where the tone of tweets can help in the interpretation of information. In short, social media activity does not just represent sentiment or misinformation. If sensibly aggregated it can, when combined with a prediction market, help to improve forecast accuracy. – Dr Alasdair Brown, Lead Researcher, University of East Anglia’s School of Economics

Dr James Reade, a sports economist at the University of Reading, co-authored the study and believes it’s good news for football fans as long as they know which parts of the crowd to pay attention to. He claimed that the general mood on Twitter, along with betting prices, can paint a very accurate image of what will happen in the match, in real time.

The findings of the study, published in the Economic Inquiry journal, add to recent discoveries about the usefulness of social media as a forecasting tool. “There is evidence that social media output, both on Twitter and on financial message boards, predicts future stock returns. At first glance, this may be surprising, as we might think that an individual in possession of valuable information would bet or trade first, and post later. However, if we think that valuable information is dispersed among a number of individuals, then we might understand why social media content leads market prices, as it does in this study and elsewhere,” added Dr Alasdair Brown. 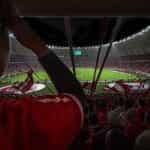