Tabcorp UK Limited, which trades under the name Sun Bets, has been fined by the UK Gambling Commission for failing to manage risks associated with ‘novelty’ bets after it allowed 100 self-excluded customers to gamble.

The operator offered odds of 8/1 that Sutton United’s reserve goalkeeper, Wayne Shaw, would eat a pie during an FA Cup fifth-round tie against Arsenal back in February last year. Shaw was fined £375 by the FA and banned for two months from all footballing activity for successfully consuming a pie during the game. He was deemed to have intentionally influenced a football betting market and acted with improper conduct. Sun Bets, which sponsored the match, said that it paid out a five-figure sum to one winner who took the bet.

The UKGC found that Tabcorp had allowed self-excluded gamblers to open duplicate accounts to place bets. The commission also punished the company for offering a market on whether or not a streaker would enter the pitch. The bet was deemed as having potential to induce committing a criminal offence.

Richard Watson, programme director at the Gambling Commission, said gambling firms must ensure the systems they have in place are protecting their customers effectively.

Novelty betting markets, such as the market Tabcorp UK offered on last year’s FA Cup tie between Sutton United v Arsenal, may seem like a bit of fun but the consequences were serious – with the potential to encourage someone to commit a criminal act or breach a sports governing bodies’ rules. – Richard Watson, Programme Director, UKGC

The 46-year-old goalkeeper Shaw told BBC Radio 5 live that his world had fallen apart following the incident. At the time, many raised concerns about football’s relationship with the gambling industry.

The fine is broken down into £50,000 in lieu of financial penalty to charities for socially responsible purposes, £24,174 to be returned to affected customers and £10,000 towards the Commission’s investigation costs.

As a result of the Commission’s ruling, the following additions have been made to Tabcorp’s gambling licence:

a) The Licensee shall ensure that all “novelty” betting markets (“novelty” does not include any standard occurrence during a sporting event) are appropriately risk assessed and are only created and approved in line with the Licensee’s written novelty markets procedure. Such procedure shall ensure that improper “novelty” betting markets are not offered, and that an audit trail identifies a named individual who takes responsibility for the approval of each such market.

b) The following betting markets will not be offered by the operator:

i. Novelty markets which are dependent on an event which would be a breach of the relevant sports governing body’s current and publicly accessible rules; or

ii. Any markets which are dependent on an event which would involve the commission of a criminal offence. 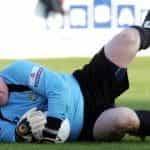 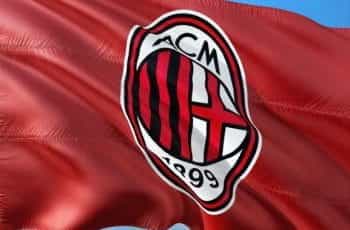