The Tennis Integrity Unit, commonly known as the TIU, has handed out its latest ban of 2020 — this time to French line judge David Rocher. He has received an 18 month ban and has been slapped with a $5,000 fine after having admitted to betting on 11 tennis matches. 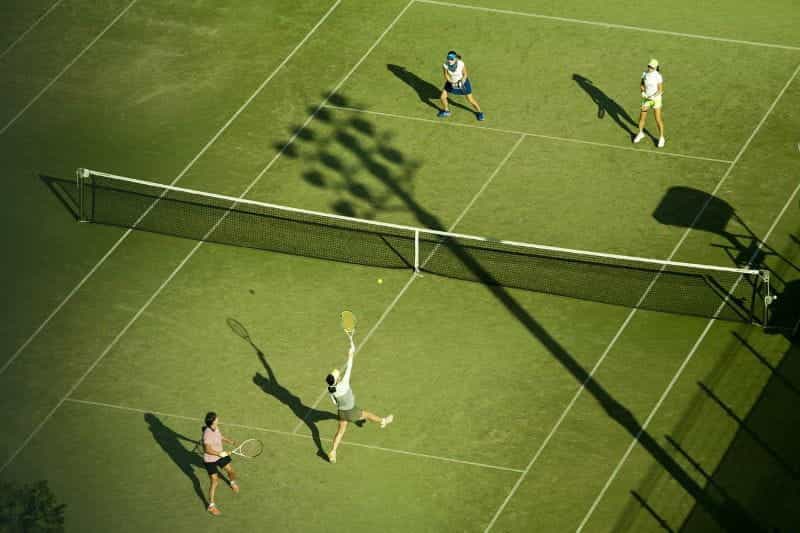 French tennis line judge David Rocher has received an 18 month ban and a $5,000 fine from the Tennis Integrity Unit (TIU) after admitting to betting on 11 tennis matches. ©HeungSoon/Pixabay

French line judge David Rocher has admitted to placing 11 bets on matches that took place between January and October 2019. Added to Rocher’s list of infractions was his failure to cooperate with an investigation into his match betting, despite him initially contesting the charge. As a result, Anti-Corruption Hearing Officer Ian Mill QC found Mr. Rocher guilty.

The investigation concluded that Rocher violated section D.1.a of the Tennis Anti-Corruption Programme (TACP), which stipulates that “no Covered Person shall, directly or indirectly, wager on the outcome or any other aspect of any Event or any other tennis competition”.

Rocher was also discovered to have broken section F.1.b of the same rulebook, which states that “all Covered Persons must cooperate fully with investigations conducted by the TIU”.

The consequences for Rocher’s infractions are relatively severe. He is facing a six month ban for the betting offences and an eighteen month ban for his part in failing to cooperate with the investigation — of which four will be suspended. Seeing as bans in this sphere often run concurrently, the total length of Rocher’s ban is 18 months with four suspended and starts on the 6th of December 2020.

The 6th of February 2022 is therefore the date starting from which Rocher may once again participate in tennis events sanctioned by the sport’s governing bodies, such as the ATP, WTA and ITF. Finally, the French line judge was also fined $5,000, of which $4,000 will be suspended.

The ban of French tennis line judge David Rocher is the latest in a long line of bans issued by the Tennis Integrity Unit (TIU) in the last five weeks — not to mention during the year 2020 itself.

At the beginning of November, a set of professional tennis playing Bulgarian brothers, Karen and Yuri Khachatryan, were slapped with lifetime and 10-year bans respectively. Their convictions ranged from five cases of match-fixing, to nine cases of soliciting other players to not use their best efforts while competing in a match, as well as a repeated failure to cooperate with the TIU’s investigation.

Karen Khachatryan, who is ranked 2,514th in the International Tennis Futures (ITF) world rankings, is now banned from participating in any events recognized by tennis’s governing bodies and must pay an additional $250,000 fine. He had already been provisionally suspended since the launch of the investigation in June 2019.

His younger brother Yuri was handed less severe penalties, though still significant in their scope. Having been ranked 3,126th in the ITF rankings, Yuri was found to have made “corrupt approaches” to another player, delaying in complying with the TIU’s investigation, providing devices with which he had tampered to the TIU, betting on tennis matches and having facilitated other people’s gambling on tennis. For these infractions, Yuri will receive a 10-year ban and a whopping $50,000 fine.

The Khachatryan brothers were in severe violation of Section D of the Tennis Anti-Corruption Programme, which forbids “solicit[ing] or facilitat[ing] any other person to wager on tennis, attempt[ing] to contrive the outcome” of a tennis match, soliciting a player to not use their best effort or offering a player money or benefits to not use their best efforts (i.e. match fixing). The two brothers also violated Section F of the regulation, which states that players must cooperate with investigations launched by the TIU.

As if the case of the Khachatryan brothers were not enough already, the TIU banning campaign continued full steam ahead in November, with few signs, if any, of slowing down.

Fellow Bulgarian tennis player Aleksandrina Naydenova, winner of 14 International Tennis Federation (ITF) titles, has likewise been issued with a lifetime ban from the sport after an investigation by the Tennis Integrity Unit.

The unit found Naydenova guilty of partaking in match-fixing activity on numerous occasions over a roughly 4-year period, between 2015 and 2019. And just like the Khachatryan brothers, she was also found guilty of failing to cooperate with the TIU investigation and subsequently faces an impressive $150,000 (£112,294/€ 126,057) fine, alongside the lifetime ban.

The Tennis Integrity Unit’s bans for 2020 did not stop there. Directly preceding the most recent ban of French line judge David Rocher was the banning of Spanish player Enrique López Pérez on the 1st of December.

Pérez, who reached a career-high ATP singles world ranking of No. 154 in 2018 and doubles ranking of No. 135, was handed an eight-year ban, as well as a $25,000 fine, after the Tennis Integrity Unit found him guilty of three individual match-fixing events in 2017.

Joining Pérez on the long list of banned players are Britain’s George Kennedy and Ukrainian player Stanislav Poplavskyy. After admitting to placing bets on tennis matches from accounts registered in his own name, as well as on behalf of another individual, Kennedy has received a ban of seven months along with a $10,000 fine, $9,000 of which is to be suspended for the period of the ban.

Ukrainian player Stanislav Poplavskyy, for his part, faces a lifetime ban for match-fixing and courtsiding activities, with the player having already accepted all charges levied against him. As of the 1st of December, Poplavskyy is prohibited from playing in or attending any tennis event authorized or sanctioned by the sport’s governing bodies. He has also been issued with an additional fine of $10,000. 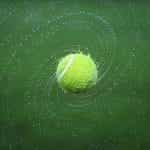