The government has given a limited number of bookmakers at racecourses the green light to reopen, as part of a two-week trial. Betting services will be open at selected tracks from August 18th. However, a pilot to allow the return of spectators to racetracks has been postponed by the government, due to the rise in local lockdowns. 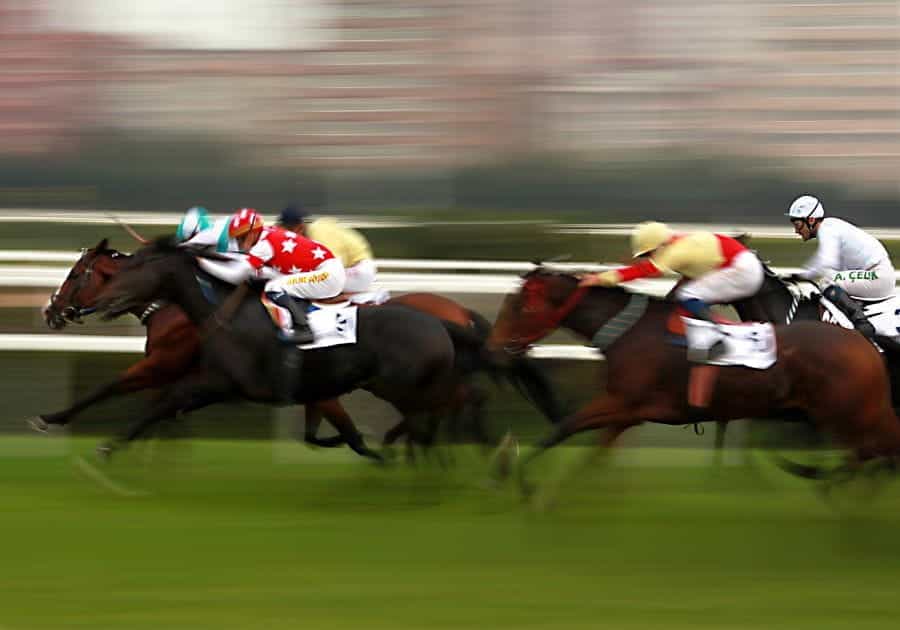 Bookmakers will be allowed to open at tracks as part of a two-week trial, although a pilot scheme to bring back spectators has been postponed. ©Babilkulesi/Pixabay

Bookmakers have been given the go-ahead to offer bets, starting with meetings at Beverley, Fontwell and Kempton on August 18th. At the moment, fans are still not allowed to attend races. However, opening bookies for owners will serve as a valuable exercise in making sure that services can be offered safely.

Over the course of the next two weeks, officials will be eager to see that social distancing can be maintained. The safety of staff and customers is paramount, so special measures will be put in place to prevent any potential spread of COVID-19. This will include the use of PPE and hand sanitizer. Card payments will be encouraged, although cash will still be permitted with hygiene protocols. Paul Swain, of the Racecourse Association, welcomed the decision:

“We recognise the importance of betting on-course. This is an important step forward for all betting operators and a further enhancement of the experience on-course for owners, to whom we are grateful for their continued support. The two-week trial will allow for important conditions to be tested and the safety of all on-course remains our priority.”

The trial has been granted following a consultation with the British Horseracing Authority and the DCMS. Once the two-week trial is over, the Racecourse Association and its Betting Advisory Group will review the trial. If all has gone well, the trial could be extended, bringing back another element of normality for the sport. This process could also help in the eventual return of spectators to the tracks.

Bookmakers have not been able to conduct their business at courses since March, when the lockdown brought racing schedules to an abrupt halt. Racing has been allowed to take place behind closed doors since June 1st in England and June 22nd in Scotland. Bookies are certainly enthusiastic to be back in business, as Christopher Hudson of the British Racecourse Bookmakers Association explained to the Racing Post:

“We’re very pleased at this positive move. It gives some hope to long-suffering bookmakers who haven’t had any work for months. We’re also thrilled that cash will be permitted for bets.”

The announcement is good news for those eager to continue stepping down the lockdown restrictions on racing. There had been high hopes at the beginning of the month that some spectators could be allowed to attend races, as part of a trial. A pilot event had been put forward to take place at the Goodwood meeting on August 1st.

Those races did take place, but unfortunately the government withdrew its permission for the pilot, which would have allowed up to 5,000 attendees. Concerns over the national infection rate drew a line through those plans. On July 31st the government postponed all pilots involving larger crowds until at least August 15th. The Goodwood Estate’s Managing Director of Sport, Adam Waterworth stated:

“We have been led by the Department of Culture, Media and Sport throughout and whilst we are disappointed by the news, the health and safety of attendees, customers and staff is of paramount importance.”

The RCA explained that the cancellation of the trial had not occurred over any failures on Goodwood’s behalf. It also added that it would continue to work with the DCMS and public health authorities to reschedule the pilot when it is safe to do so. Chief Executive of the RCA, David Armstrong, explained:

“The RCA is very disappointed to learn that the pilot event at Goodwood Racecourse scheduled for tomorrow has been postponed. We understand and respect the issues raised within the Prime Minister’s announcement and have always maintained that public health has been paramount to any event, be it racing resuming behind closed doors or with crowds.”

In a blog post published on the BHA’s website, Chief Medical Advisor Dr. Jerry Hill explained why the current restrictions at racecourses will have to remain in place for a while longer. While racing has been at the forefront of the resumption of British sports after lockdown, the increase in local lockdowns mean that it is not time to loosen regulations just yet.

At the moment, only essential personnel are allowed to attend the ‘green zone’, which includes the weighing room and the parade ring. Social distancing cannot always be guaranteed here, so the limited few that are allowed in are medically screened beforehand, must wear masks and have their temperatures checked.

Due to the nature of the sport, jockeys and handlers who must be allowed in this area often come from all over the country. The green zone idea has allowed racing to return as part of the government’s plans for sports behind closed doors. However, COVID-19 still poses a significant risk, so restrictions cannot yet be relaxed further than this.

Critics have questioned why restrictions have been loosened for other businesses, such as pubs and restaurants, but it is not possible to allow more movement between the green zone and the owners’ area. Dr Jerry Hill explains:

“If the integrity of the green zone controls is not maintained, there is a risk of infection being carried into the area where participants are present, leading to the transmission of the virus and a positive test for one or more individuals present.”

This scenario would mean that everybody in the green zone, including jockeys, trainer and staff would immediately have to go into quarantine for two weeks, causing huge disruption to the racing schedule. If movement had been allowed between the green zone and the owners’ area, then a quarantine would have to be imposed on those present in both areas.

Sticking to the current restrictions will prevent the risk of a further coronavirus outbreak, and safeguard those who work in the racing industry. Compliance is key primarily for safety, but also in providing the confidence to be able to relax restrictions when it is finally safe to do so.