The online casino announced it would be scrapping playthrough requirements on all bonuses applied to deposits made from 15th October 2017 onwards.

Players receiving bonus bankroll after the middle of next month will be allowed to withdraw the funds immediately as real cash. The new terms also apply to BGO’s sister site powerspins.com. The company accused the online casino industry of ‘over bonusing’, with promotions carrying 200% to 400% wagering requirements common.

During the announcement, BGO recalled that when it entered the market in 2001, a 100% match bonus with a 20x wagering requirement was the standard casino sign-up offer. “Now we are seeing, 200%’s 400%’s, no deposit bonuses, free spins, higher turn requirements, max bets and non-contributing games,” said BGO’s CFO, Hannah Westley. 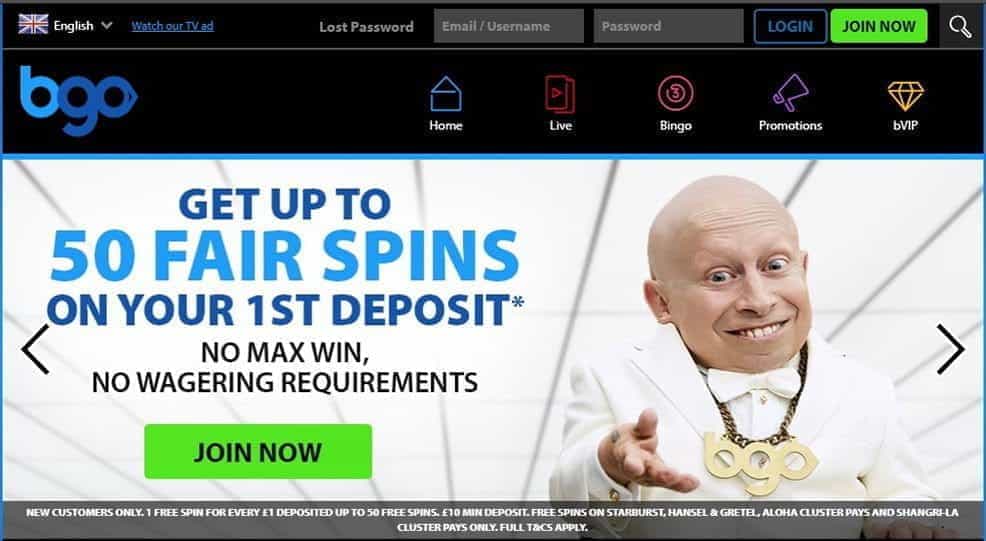 BGO attributed the decision to a recent in-house review of its own customer service. The study revealed that a lot of queries were being generated because of wagering requirements. “We obviously list them in the t’s and c’s but your average player doesn’t immediately understand what a turn requirement means and can become frustrated easily when not being able to withdraw immediately after a win with an active bonus,” added Westley.

However, the move is not purely a customer service issue, or just a simple attempt to gain a competitive advantage in a crowded online casino space. BGO Entertainment CMO, Allan Turner, revealed that bonus terms and conditions, and in particular playthrough requirements, are becoming more regularly discussed with regulators such as the UK Gambling Commission (UKGC).

He said: “The recent changes to the regulatory environment in the UK means we are spending time with various parties, be it the UKGC, the CMA [Competition and Markets Authority], or the ASA [Advertising Standards Authority]. We are at a cross-roads where we need to make the right decision for both the company and the consumer.”

In May 2017, BGO was fined £300,000 by the UKGC for using misleading adverts on its own websites and via three affiliate platforms. The sanction was the first advertising-related financial penalty that had been issued by the UKGC

For a while now we have felt the online gaming market is over bonusing. – Hannah Westley, CFO, BGO Entertainment

The move will still be considered a bold one amongst rival companies, but it is a strategy that will certainly grab the attention of this market. BGO is taking a risky spin by removing all restrictions on the withdrawal of bonus cash, but it could result in a jackpot for the mid-table operator if customers flood to its platform, lured by the kind of promotion that was, until now, unheard-of in the iGaming business.

Whether or not the move will become industry standard remains to be seen. BGO’s recent fine and subsequent need for positive PR has made the play easier to make. However, Turner wants his competitors to follow. He said: “Hopefully BGO can demonstrate to the industry that restrictive bonus wagering conditions are not the way to go and we can make them a thing of the past.”

BGO’s welcome bonus offer, for players who sign-up before the 15th October, is a 200% match bonus up to a maximum of £200 subject to a 50x wagering requirement. Players claiming this deal are given only three days to complete the requirements before bonus funds are forfeited.

The new offer after 15th October will consist of up to 50 fair spins upon your first deposit. The standard terms of the new bonus are as follows: New customers only. 1 free spin for every pound deposited on first deposit up to 50 free spins. £10 min deposit. Free spins available on Starburst, Hansel & Gretel, Aloha Cluster Pays and Shangri-la Cluster Pays games only. Full t&cs apply.