The newest release from Curaçao-based games developer Booongo is “Moon Sisters,” a virtual slot with an Asian-inspired design set in a dreamy nighttime space. This marks Booongo’s latest game since it released “Book of Sun: Choice”, a virtual slot with an Egypt-inspired aesthetic, which hit the market on April 30, 2020. Moon Sisters was officially released May 28, 2020, though it was supposed to be released in April of this year as well.

Moon Sisters is just the latest in the Hold and Win series by Booongo, a series which also includes games like Great Panda, Sun of Egypt, and Dragon Pearls. In Moon Sisters, players can access 10 paylines in this starry, 3×5 slot. In total, players can collect up to 15 unique bonus symbols before their gameplay is finished and the possibility to win big money!

In Moon Sisters, two beautiful, unnamed women — referred to by critics as the Red Lady and the Blue Lady, respectively, based on their outfits — anchor this mystical-feeling slot. When a player lands on a Red Lady player, they can access a value of 50 for a five of a kind combo. For a five combo of Blue Lady, a player wins a 40 value.

Other Symbols of Moon Sisters: Inspired by Asian Design

The other images present as symbols in Moon Sisters pull from stereotypical icons of Asian design, including lotus flowers and koi fish. The women in the game have lotus flowers in their hair or hold fans, and the backdrop of the game looks as though it’s in a Japanese flower garden, complete with low-hanging lanterns.

The koi fish represent the Wild symbol in the game. The koi, big, bright orange fish, appear as a pair, and will replace all of the regular characters of the game except for the bonus symbols, represented by the Moon. This is a progressive bonus game with a possible cash jackpot of $600.00.

The Final Symbol: The Moon

The final, and most significant symbol of Moon Sisters is the Moon itself, which represents Bonus features. When a player manages to get six moon symbols on the grid, they have unlocked the bonus game. When this happens, players can get 3 respins where moons are locked in place and only bonus symbols appear.

Booongo Keeps Up The Pace During COVID

Even as the global coronavirus pandemic has forced brick-and-mortar casinos worldwide to close, Booongo is continuing to keep fresh content cranking out each month as the crisis continues. The latest releases from the Curaçao-based company were Book of Sun, Great Panda, Gems Fiesta, Three Gems, and 777 Gems Respin, released in January.

Each month, Booongo releases which games have been the top five played during the previous four weeks. While the company has not yet released the numbers for May 2020, the April top five Booongo games played were Dragon Pearls: Hold and Win at number one, followed (in order) by Sun of Egypt, Great Panda, Tiger’s Gold, and Book of Sun.

As such, it should come as no surprise that Booongo has elected to follow with the Hold and Win series in making Moon Sisters. The game came out at the end of May 2020, so we should know soon if Moon Sisters holds up to the high popularity standards of the games which preceded it.

Booongo first launched its Hold and Win series with Dragon Pearls, another slot which pulls from Asian-inspired design. In this series, players must collect a certain number of symbols — in the instance of Moon Sisters, at least 6 Moons — and then Hold these symbols to unlock a series of respins up to 1000x their original payline!

In addition to consistently keeping the new content coming, Booongo has also been making big deals for the last year. In 2019, Booongo partnered with SoftGaming and iSoftBet, two of the biggest names in the international gaming industry. Even more recently, on May 12, 2020, Booongo announced a partnership with Pronet Gaming, also based in Curaçao. 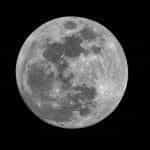