LeoVegas Has More Changes for Its Group Management Team

Swedish operator, LeoVegas, has made additional changes to its group leadership team, appointing a new COO, and Deputy CEO on the back of a new CFO in May.

According to LeoVegas, the company is making the changes to its Group Management structure with the hopes of finding new efficiencies and optimising workflows while also shifting more resources onto its responsible gaming and LeoSafePlay arrangement.

The gaming group, which was recently fined £600,000 by the UK Gambling Commission for accepting bets from problem gamblers, has appointed Richard Woodbridge as the new LeoVegas Chief Operating Officer (COO), replacing Marcus Nylén. Woodbridge will take over responsibility for the entire operations at the group’s Malta offices. Though there is no confirmed start date as yet, Woodbridge will assume his position no later than 7 January 2019.

LeoVegas is the leading GameTech company in the industry, and I have a passion for working with fast-growing tech companies. – Richard Woodbridge, COO LeoVegas

“I am looking forward to being part of LeoVegas’ continued journey of growth and optimising LeoVegas’ operations, with sustainability as a guiding principle,” Woodbridge continued.

“Richard’s background and personality are a perfect fit for LeoVegas as we continue to focus on growth and sustainability. Overarching responsibility for operations is growing increasingly important now that we have some 750 employees, of whom 400 are based in Malta. LeoVegas is a data-driven company in which we use a number of key metrics to further improve ourselves and increase our productivity. This has become even more crucial as we have begun acquiring companies and working with multiple brands. With his experience and capacity, Richard will make a major contribution to our growth going forward.” 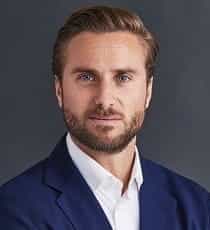 Richard Woodbridge will take over the role of LeoVegas COO.©Ellos Group

Woodbridge will also take on the responsibilities previously assigned to Chief Commercial Officer (CCO), Rikard Ljungman, who is leaving the position as well as the Group Management to instead focus on LeoSafePlay.

“Rikard was one of the initiative-takers behind LeoSafePlay, and with his strong product background, including as CPO for the software company Episerver, he has the exact right expertise to take the next step to make LeoVegas the leader in responsible gaming technology and strengthen our position as a GameTech company,” Hagman said.

Once Woodbridge takes over the role, Nylén will leave the Group Management and instead focus his efforts on a role heading up the LeoVegas global expansion. According to a LeoVegas press release, Nylén will continue in this role due to his “relationship as a closely related person to Louise Nylén”.

Louise Nylén, meanwhile, has been promoted from her role as Chief Marketing Officer to the newly-created position of Deputy CEO of Leovegas Mobile Gaming Group. She will be located in Stockholm and will work alongside Group CEO, Hagman, as of 10 July 2018. As part of this role, she will work on strategies for sustainability and value creation in the business. Her previous role will be broken up and the tasks disseminated among other positions and thus will cease to exist.

In my new role as Deputy CEO I will have a broader platform to work from, which will enable me to promote sustainability, growth and value for the Company. I am very excited to have this trust and opportunity to continue contributing to LeoVegas’ rapid development. – Louise Nylén, Deputy CEO, LeoVegas

Hagman said, “Louise has been with LeoVegas and based in Malta since 2013, holding the position as CMO since 2015. In that role, she has built up a data-driven and effective market team that is responsible for LeoVegas’ customer acquisition and global brand-building. Much of the approach in this work can be used across a broader front in the Company. Louise has also played a key role in building our company culture and driving sustainability, and I look forward to work with Louise and all other employees to achieve our financial targets for 2020 of at least EUR 600m in revenue and at least EUR 100m in EBITDA.” 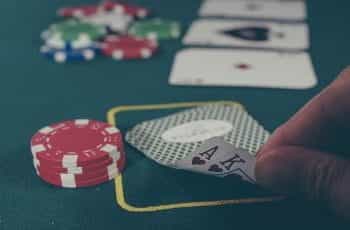