Isle of Man based software provider Microgaming has unveiled an impressive selection of jackpot games to be released this month. Fans of the leading developer can look forward to exciting new WowPot games, as well as new Mega Moolah titles. Microgaming works closely with a network of independent game development studios, and has earned a reputation for creating innovative and top quality games.

Microgaming has shown off an array of new games to be released this month, including an exciting range of progressive jackpot slots. ©Aidan Howe/Pexels

Since the company’s launch in 1994, Microgaming has expanded to become one of the world’s most popular and highly regarded software providers. Over a quarter of a century later, it has one of the most impressive portfolios of casino products on the market available in the best online casino sites. Now, Microgaming has revealed its newest selection of games to be released throughout this month.

On September 3rd, Snowborn Games’ futuristic offering ‘Stellar Portals’ went live. The studio has already made a splash with Microgaming, when it released ‘Miami Glow’ in July. On September 9th, SpinPlay Games released ‘Almighty Aztec’, telling the story of Aztec god of wind and wisdom, Quetzalcoatl. Just For The Win, a studio that has already cemented its reputation with titles like ‘Deco Diamonds Deluxe’ and ‘Tiki Vikings’, will release the spooky ‘Spectre Estate’ on September 15th.

September will also see Microgaming release a pair of new table games from acclaimed Switch Studios. ‘No Commission Baccarat’ will come out on the 17th, while ‘Sic Bo’ will be released on the 24th. Microgaming will also add a number of titles to its portfolio from its roster of content partners. Players will be able to try out hotly awaited titles like ‘One Million Megaways™ BC’, ‘Magic Merlin Megaways™’, ‘Star Clusters Megaclusters™’ and ‘Cubes’.

Perhaps most exciting is the array of progressive jackpot games that Microgaming is set to release this month. This software provider’s jackpot games already boast a huge global fan base and have even made history, earning a place in the Guinness Book of World Records. Microgaming is adding new titles to both its WowPot and Mega Moolah jackpot networks.

Some eagle-eyed gamers may have already spotted ‘Book of Atem: WowPot’, as it was given a special early release through the Kindred Group. It’s no surprise that the slot has proved popular with players. Building on the success of the original game, ‘Book of Atem: WowPot’ adds a progressive jackpot for even more opportunities to win.

The progressive jackpot comes in a range of sizes; WowPot, Major, Minor and Mini. The jackpot wheel appears during free spins, which can be triggered by landing three or more scatter symbols on the reels. Players can look forward to a high-volatility game, built on a layout of 5×3 reels and ten paylines. Special features include free spins and expanding symbols.

‘Book of Atem: WowPot’ is only the second game to feature Microgaming’s WowPot jackpot. ‘Wheel of Wishes’ was the first title to offer this jackpot, which seeds at €2 million. In this game, the Major jackpot seeds at €50,000. Created by the talented team at All41 Studios, the new game was launched network wide on September 1st.

The latest Book of Atem title isn’t the only game to come out this month featuring the thrilling WowPot jackpot. ‘Sisters of Oz™: WowPot’ was released on September 7th, after an early release through Betsson. From the minds at Triple Edge Studios, this game is sure to enchant new players.

With twenty paylines and a frame of 5×4 reels, ‘Sisters of Oz™: WowPot’ is overflowing with innovative features. Jumbo Block symbols synchronize the reels, boosting player odds. What’s more, each spin during free spin rounds guarantees Jumbo Blocks. To trigger the jackpot Bonus Wheel, players simply need to land a Golden Oz coin on the reels. Once this is done, players are guaranteed a win on one of the four progressive jackpots.

WowPot is not the only progressive jackpot in town. Long before this layered jackpot came onto the scene, players have been trying their luck with the world-famous Mega Moolah jackpot. This jackpot has earned its place in the Guinness Book of World Records twice, after granting the largest online casino payouts.

“From everyone at Lucky Casino, it is a historic moment – to be able to call our lucky winner and announce that the third largest euro jackpot win ever in Mega Moolah has gone to one of our customers in Sweden is something we could only dream of.”

This Swedish player is already the eighth millionaire to be created by Microgaming’s jackpot network this year. With more new Mega Moolah titles to come this month, players are bound to be keen to play for their own chance at a record-breaking win.

‘Fortunium Gold: Mega Moolah’ is the latest title to join Microgaming’s flagship progressive jackpot network. The steampunk style slot, developed by Stormcraft Studios, will go live on September 22nd. This unique game follows the adventures of Victoria, an intrepid explorer, and eccentric inventor Maximillian. Players join the pair in their search for riches in this 5×5 reel slot with forty paylines. Special symbols abound, so players are urged to stay alert for Mystery symbols, Mystery Reels and the Win Booster.

Neon Valley’s ‘Noble Sky’ will also offer players a chance at the Mega Moolah jackpot, from September 29th. Built on 5×3 reels and twenty-five paylines, this game takes the steampunk theme to the skies. In true Microgaming style, this game is not short on groundbreaking features. Players can look forward to the Airship Wild Respins feature, which boasts a multiplier trail of up to 10x. There’s also the Vault Bonus feature to play for, offering a win potential of up to 5,000x out of the Grand jackpot. 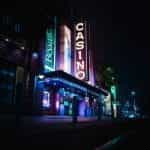