Software developer and live casino provider, Playtech, has lifted the curtain on a new live dealer version of its popular Age of the Gods Roulette game.

The game, which is the first in what the company is calling the ‘Live Casino Playtech ONE experience’, retains the four-tiered progressive jackpot offered across the Age of the Gods slots and software-based roulette games. The launch marks the first time that players can gamble to win progressive jackpots across both Playtech casino and live casino products. Playtech calls this the ‘ultimate cross-sell gaming experience’. 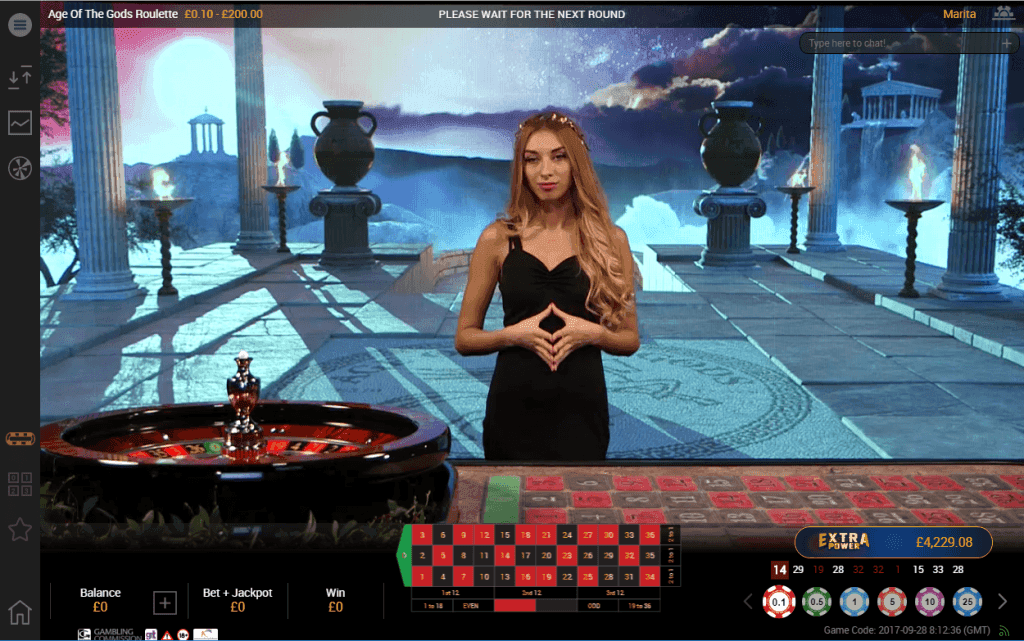 A screenshot of a Live Age of the Gods Roulette game being played at Betfair Casino.

The company, which recently finishing moving operations into a modern 8,500-square metre live casino studio in Riga, Latvia, announced that Live Age of the Gods Roulette is the first of many Playtech ONE experience games that will feature jackpot functionality.

Like the slots games in the franchise, a small percentage of a player’s stake goes towards a four-tier progressive ‘Mystery Jackpot’ with every spin. The base game mechanics of roulette are unaltered, but in a bid to create a roulette equivalent of free spins, Golden Coins have been added.

A live dealer hosts the new game in front of a 26-metre custom-built video wall, which works in a similar way to a green screen, allowing Playtech to render imagery to support the game. The menus have also been revamped with added limits and statistics options. The resolution of Playtech’s live service has also significantly improved since its investment in the Riga studio.

Playtech has again demonstrated its determination to lead the Live Casino market through innovation and by working side-by-side with our leading licensees. And yes, there is much more to come! – Shimon Akad, COO, Playtech

Shimon Akad, COO of Playtech, said: “Age of the Gods has been a phenomenal success in casinos across the industry and continues to drive incredible growth for Playtech and our valued partners.

“The innovative and market-first launch of our new Age of the Gods Live Roulette linked to a four-tier progressive jackpot that offers massive cash prizes, will significantly increase the cross-sell of the product for our licensees across both channels and enhance the gaming experience for players.”

The four-tier progressive jackpot was originally part of the Marvel slots series and roulette games. Playtech was forced to re-brand the series of games after Disney decided to distance itself from gambling products. Disney acquired Marvel in 2009 for $4 billion, and has since made moves to re-shape the superhero franchise in its family-friendly image. 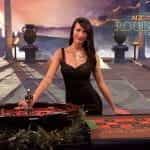