Raskin, who has won more than $2 million in professional tournament poker, was arrested in New York after police seized 358 pounds of marijuana, hash oils and drug paraphernalia at two locations, charging the 49-year-old with criminal possession.

The marijuana has a street value of more than half a million dollars. A 2016 Land Rover Range Rover, a 2016 Corvette, $100,000 worth of artwork and $140,000 in cash were among items also confiscated. Officers also found a loaded shotgun, a Taser and a notebook containing Raskin’s customer list and prices during the raid. The hash oils found were tested by forensic specialists and were determined to contain PCP. 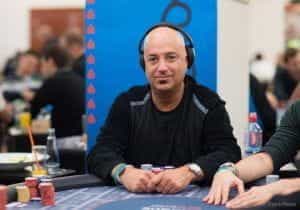 Raskin is alleged to have received drug shipments at locations on Long Island and stored them in both his Old Westbury home, and a Garden City storage facility. It is believed a courier delivered them to customers in Baltimore, Washington D.C., Virginia and New York. Police suspect the defendant has been operating for several years.

The arrest and seizure is one of the biggest ever marijuana-related busts in Nassau County, New York. Madeline Singas, District Attorney for Nassau County District, said that Raskin’s high-roller lifestyle has come to an end.

With this seizure of more than 350 pounds of marijuana and huge quantities of hash oils, this alleged dealer’s time living the high life selling drugs is over. – Madeline Singas, Nassau County District Attorney

Micah Raskin has been on the professional poker circuit for more than 10 years, playing in televised tournaments and high-roller cash games. On 28th January this year, Raskin cashed at the $3,500 entry No Limit Hold’em WPT Borgata Winter Poker Open in Atlantic City. He won £6,399 for a 134th place finish. Raskin’s record cash was for first place in the Borgata $500k Guaranteed Deep Stack Tournament in 2009, where he took home $320,231. His total live earnings to date are $1,947,157. 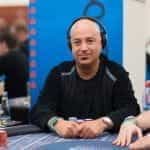