LeoVegas Sponsor Who Wants to Be a Millionaire?

The award-winning operator has extended its connection with the game show following the launch of Big Time Gaming’s Who Wants to Be a Millionaire Megaways slot.

Jeremy Clarkson, of Top Gear fame, is returning to host Ireland’s relaunch of the famous game show Who Wants to Be a Millionaire? which is being sponsored by LeoVegas. This follows his successful seven-episode run of hosting the British version of the show’s 20th anniversary special in 2018 on ITV. Clarkson replaced former host Chris Tarrant who had hosted the show for 15 years until the final episode in 2014.

On the 20th anniversary special, ITV’s Head of Entertainment, Siobhan Greene said: “It felt like a no-brainer to celebrate the show that was a trailblazer of its time and broke the mould. “In doing this one-off special week, I hope Millionaire will be introduced to a whole new generation. And with TV legend Jeremy Clarkson asking the questions, frankly anything could happen. I can’t wait.”

On presenting the show, Clarkson said: “I have always loved the show and am thrilled to be involved with its rebirth… I’m a big fan of quiz shows and I’m looking forward to hosting this iconic TV show and hopefully making a few millionaires!”

The new season of the Irish Who Wants to Be a Millionaire? is being played on the Virgin Media One network. The season is ten episodes long and began airing began on the first of January, though it is set to be re-aired on the fourth of March.

On sponsoring the show LeoVegas Marketing Manager, Meghna Khanna said: “The sponsorship is the perfect extension of the brand-new Who Wants to Be a Millionaire Megaways slot game which launched exclusively on LeoVegas in November and has seen great success thus far, so it’s a pleasure to sponsor the show furthering our commitment to customers and fans of the programme.”

“Who Wants to Be a Millionaire? is a much-loved TV game show with a legion of fans across Ireland and around the world, so we’re thrilled to be supporting the show as it returns in the new year.”Meghna Khanna LeoVegas

The Megaways slot game was created by top industry software developer Big Time Gaming and was launched exclusively at LeoVegas on the 14th of November 2018, though it is now available on other casino sites. The software developer fought off competition within the industry to win the Who Wants to Be a Millionaire? licence from Sony Pictures Television.

The slot game features an unconventional structure, coloured gem symbols and 1,620 ways to win. Players can spin three Millionaire scatter symbols to unlock eight free spins and start the Hot Seat Free Spins Gamble round. In this round, players can win up to 50 free spins by answering a question with answer A, B, C or D. Just like in the game show, players can choose between three Lifelines if they need assistance answering the question. These are 50:50, Phone a Friend and Ask the Audience. 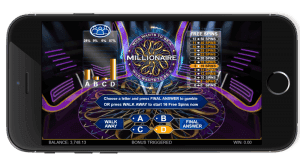 Big Time Gaming CEO, Nik Robinson said: “We are delighted to be launching Who Wants to Be A Millionaire? exclusively with LeoVegas, as we have done with previous titles Danger High Voltage and White Rabbit… Who Wants To Be A Millionaire? is a next level branded product; it combines a hugely successful and recognisable brand with our patented and trademarked mechanics such as MegaWays™ to deliver a unique and compelling player experience.”

Who Is Jeremy Clarkson?

Jeremy Clarkson is a British public figure best known for his 25 years hosting Top Gear, a motorsport programme on the BBC, between 1988-2000 and 2002-2015. Following some controversy with Top Gear producers and a decision to not renew his contract, Clarkson left the show along with fellow hosts Richard Hammond and James May to host The Grand Tour on Amazon Prime Video.

The television star has been involved in several other television series over the decades, seven of which were named after him such as Jeremy Clarkson’s Extreme Machines and Jeremy Clarkson: The Greatest Raid of All Time. While Clarkson has made headlines countless times for controversial behaviour both on television and in public, he is much loved by the British people. This, in addition to his decades of hosting experience, contributed to his selection as the Who Wants to Be a Millionaire? host which has been well received by the public. 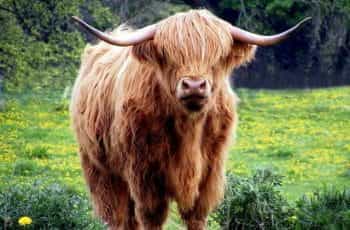