Leading betting and gaming operator Entain has announced that its latest partnership is with McLaren Racing. Entain brands PartyCasino and PartyPoker have signed a multi-year agreement with the racing team, in time for the 2021 Formula 1 season. The Entain brands will join McLaren’s roster of global sponsors, and branding will be featured on the team’s cars and helmets. 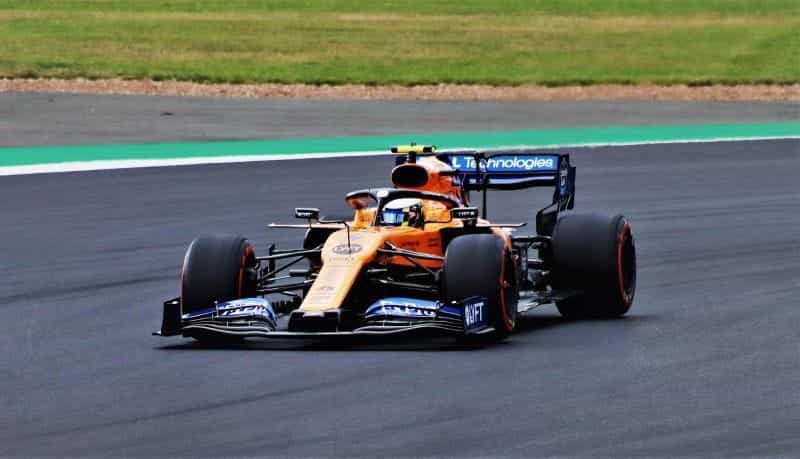 Daniel Ricciardo and Lando Norris will be racing for McLaren in this year’s Formula 1 competition. ©Randomwinner/Pixabay

The latest brands to join McLaren Racing’s portfolio of famous sponsors are two of Entain’s most popular brands, PartyCasino and PartyPoker. A multi-year partnership deal has been signed, so that Entain’s brands will be visible on the race-track for years to come. It comes as the UK-based motor racing team prepares for the upcoming Formula 1 season.

The partnership will officially launch with the start of the racing season at the Monaco Grand Prix, on May 23rd. Racing fans will be able to spot PartyCasino’s branding straight away, as it is set to appear on the halos of McLaren MCL35M cars. It will also feature on McLaren driver Daniel Ricciardo’s helmet.

In their own distinctive ways, both McLaren and Entain are global leaders in entertainment. McLaren is a historic British racing team, and is the second oldest active team. After being founded by New Zealand driver Bruce McLaren in 1963, the team competed in its first Formula 1 race in 1966.

It has since won twenty Formula 1 World Championships, cementing its position as one of the best racing teams in the world. McLaren is second only to Ferrari in terms of success, having won 182 Formula 1 Grands Prix races. McLaren Racing has also won twelve Drivers’ Championships and eight Constructors’ Championships.

Meanwhile, Entain is one of the biggest sports betting and gaming companies in the world, and is listed on the FTSE100. Some of the operator’s most well-known online and retail brands include Coral, Ladbrokes and Foxy Bingo. While Entain is based in the Isle of Man, the company is also making waves in the US sports betting market, thanks to a partnership with MGM Resorts.

Together, Entain and McLaren Racing hope to build on their record of providing world-class entertainment. Innovation is at the heart of what both companies do, as is safety and a responsible outlook. Entain has already committed to using the partnership to explore new ways of promoting safer betting and gaming.

In this respect, Entain will benefit from McLaren Racing’s existing wealth of experience in managing risk and maintaining control. Under the title “PartyResponsibly”, Entain is looking to develop how it educates customers, while working to minimize risk and improve choice. The operator is keen to do all of this, while also prioritizing fun and safety for players.

The new partnership will offer fans of the operator’s brands access to exclusive Formula 1 themed products. For the first time, Entain will offer a range of special experiences and dedicated content via a brand new activation platform, called Access.

Access will feature McLaren themed casino content and access all area games through Entain’s PartyCasino and PartyPoker sites. There will also be exclusive competitions, offering participants the opportunity to win access to the McLaren Technology Centre. That’s where the racing group is headquartered, and it was designed by celebrated architect Norman Foster.

Both Entain and McLaren Racing will use their social media channels to highlight shared promotions. The companies have also worked together to produce marketing content. CEO of Entain, Jette Nygaard-Andersen, has praised the new partnership, stating:

“We are immensely proud to be partnering with McLaren Racing, a team who are synonymous with creating thrilling entertainment by constantly innovating and staying at the cutting-edge of technology. This is the same approach we take in providing moments of excitement for our customers and we are truly excited about the opportunities we have to create new content for our PartyCasino and PartyPoker customers as well as bringing these great brands to new audiences.”

Like many other sporting events, the 2020 Formula 1 Championship was heavily impacted by the coronavirus pandemic. Many of its races were forced to be cancelled, and the twenty-two strong schedule of races was rearranged. For the first time ever, some races were run back-to-back under a different Grand Prix title.

Over the course of the year, more races were announced. The season drew to an end at the Abu Dhabi Grand Prix on December 13th, after seventeen races. Races, such as the Eifel, Tuscan and Sakhir Grands Prix, were named in honor of their locations. 2020 also saw the return of the Portuguese and Turkish Grands Prix races.

The 70th Anniversary Grand Prix marked the anniversary of the first ever Formula 1 World Championship race, and took place at the legendary Silverstone Circuit. The race was won by Red Bull-Honda’s Max Verstappen, while runner-up Lewis Hamilton matched the record for most Formula 1 podiums.

Now 2021’s Formula 1 World Championship is about to begin, and the excitement is mounting. Having won at last year’s events, Lewis Hamilton and Mercedes are defending the World Drivers’ and World Constructors’ titles. Twenty-three Grands Prix have been scheduled, and are set take place at courses all around the world.

Racing for the McLaren F1 team will be Daniel Ricciardo and Lando Norris. Ricciardo has joined McLaren for both the 2021 and 2022 seasons, after leaving Renault. CEO of McLaren Racing, Zak Brown, has welcomed the return of the competition, as well as McLaren’s new collaboration with Entain. He said:

“We look forward to starting our partnership with Entain from this weekend’s Monaco Grand Prix and the activity we have planned together in creating moments of excitement for fans and customers.” 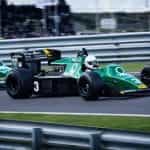