The international iGaming brand, LaBa360, is set to become the Premier League club’s new principal partner with after signing a “record-breaking” deal. 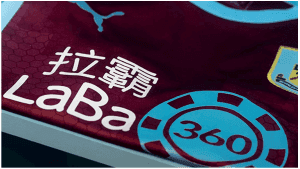 At the end of last month, Burnley’s two-year sponsorship deal with the Philippine-based Dafabet ended which allows Laba360 to take over as the Claret’s new principal sponsor. After signing a multi-year deal LaBa360’s logo will be featured in all competitions appearing on both the home and away kits of Burnley Football Club. The company’s logo will also surface on the Premier League club’s various social media platforms, both internationally and in the UK. In addition, the betting platform will receive pitch-side branding at Turf Moor Stadium.

Fans of the Premier League will surely note that this sponsorship has come at an opportune time for both the club and LaBa360. After a hard fought seventh place finish in last year’s season (their best result since the 1973-74 season), Burnley will embark on their first European journey in over 50 years.

Anthony Fairclough, the Commercial Director at Burnley Football Club states that: “This is the largest financial deal in our history…[and] demonstrates the growing global appeal the club offers companies overseas thanks to our Premier League [performance].”

Angelika Tang, Director of LaBa360, also noted how advantageous the timing is when saying this about the deal: “Built on solid foundations and following a stellar season, we are certain the club will provide us with the platform to launch this new, international iGaming brand”

The deal will allow Burnley FC to engage with a larger audience, while giving LaBa360 exposure in the most watched league in the world. Both parties hope for a profitable relationship for yeras to come. The football club unveiled their new kits this week: 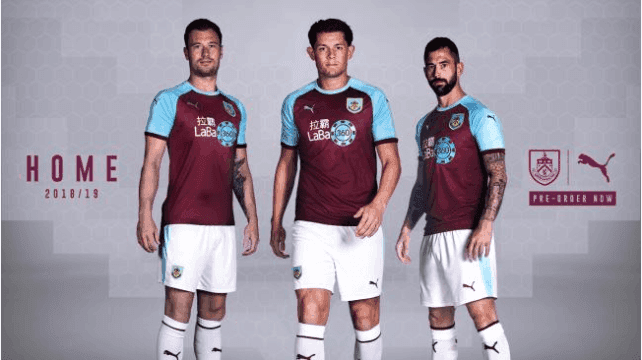 This deal serves as further evidence of the changing face of premier league sponsorship. Once a rare site, ads from gambling companies appear on nearly half of today’s Premier League kits. Due to the firm connection between gambling and sports, football kits offer valuable ad-space for gambling companies because they provide a direct way to get in touch with their core patrons. 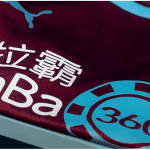