At the Tokyo Game Show on September 12th, the Konami Group announced the launch of the Konami Creative Center Ginza (also known as the KCC Ginza). This is a new venture for the Japanese firm, which is designed to boost its position in the ever-expanding eSports market. 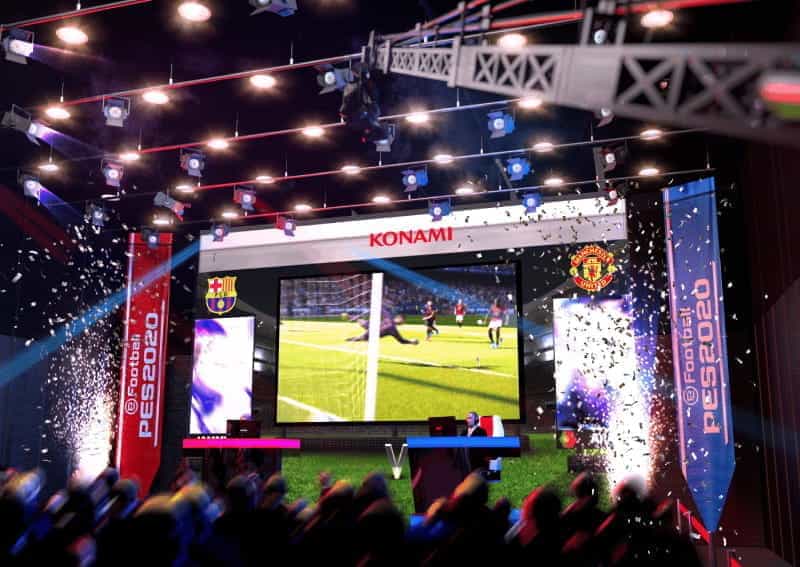 Konami, the Japanese conglomerate known for titles such as the eighties classic Frogger and the stealth combat series Metal Gear, have revealed that their new project will be based in their existing premises, located on the famous, up-market shopping street of Ginza in Tokyo. The complex will hold a variety of functions, with the intention of encouraging and expanding its stake in the eSports industry.

Konami might be best known as a company that develops video games – amongst their most widely played titles are Pro Evolution Soccer, Silent Hill and Yu-Gi-Oh! These days, since the exit of designer and producer Hideo Kojima, the company has taken a different direction. Konami has recently taken developed projects in mobile gaming, casino machines and, unusually, gyms. While the change in direction might seem surprising, it is also proving financially successful.

eSports is a fitting addition to Konami’s portfolio. The rise of eSports has been so rapid, that you’d be forgiven for being hazy about what they actually are. Simply put, eSports is competitive gaming – a scene that has grown so large in recent years that there are even many thriving e-sports betting sites out there. Konami is a company that has built its reputation on being on the front line of gaming entertainment. Some diehard fans of the producer may not be thrilled about aspects of the company’s new direction, but pushing into eSports should turn out to be more popular. Now Konami is, yet again, in the vanguard of an exciting new wave for modern gaming.

What is KCC GINZA?

KCC GINZA will consist of three main elements, carefully designed to encapsulate what the company is all about. If the current scheme goes ahead on time, the complex will be open to the public in early 2020.

“In 2020, all eyes will be on sports and Tokyo, thanks to the upcoming Olympics, and Konami intends to be the leader for esports on a global stage.”

A State of the Art eSports Studio

The star in the crown of KCC Ginza will be the ‘eSports GINZA studio’. The studio will be primarily used for streaming eSports competitions. Equipped with state of the art technology, the ‘eSports GINZA studio’ will be a draw for competitors from around the world. A global community is very much at the heart what Konami is all about, as cutting edge translation equipment will make live streams accessible for all. There are also plans to install kit that will assimilate CG into live-action footage. While eSports is clearly the main function envisaged for ‘eSports GINZA studio’, this does mean that it could also be used as an exciting venue for music and theater productions. We’ll have to wait and see, but it looks like the KCC GINZA studio is going to be home to some exhilarating entertainment.

Players who want to get into eSports, or are already avid fans, will need to get their hands on some special products. That’s where the ‘eSports GINZA store’ comes in. It will be a place where people can buy the eSports products they need – computers and gaming and streaming equipment. The store will actually be a showroom, so customers can take a look at the latest products and try them out. The ‘eSports GINZA store’ will be the most public-facing element of the KCC GINZA complex. Its shop front will face out one to Ginza street, a popular shopping destination in Tokyo. As such, it will be an effective way for Konami to project its image as a leading competitor in the eSports market.

In other news, Konami Amusement Co., Ltd will be expanding their business of marketing and retailing amusement machines. They will move into designing and selling gaming equipment, such as PCs and their peripherals. This is exciting news for a brand that is concreting their position in the eSports market. Players visiting the ‘eSports GINZA store’ will be able to purchase Konami’s very own gaming products.

The GINZA School: Education for Players and Professionals 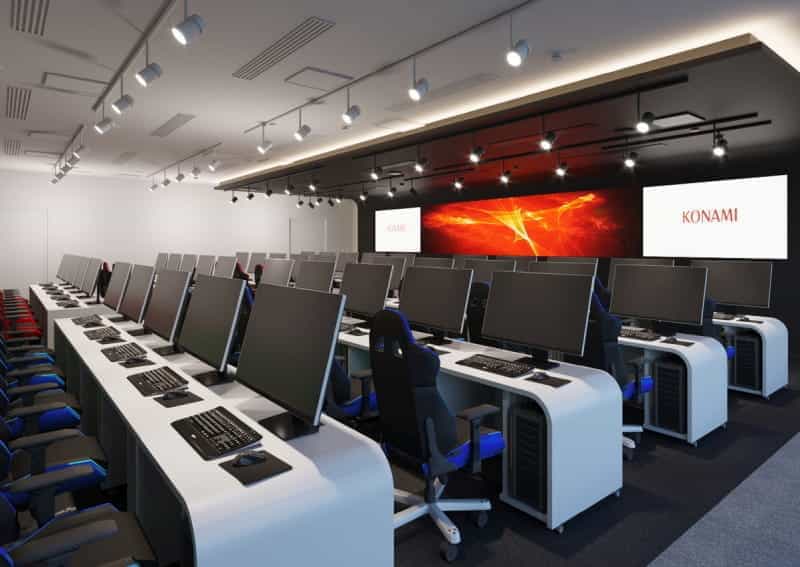 Last but not least, the ‘eSports GINZA school’ will help to foster new and existing talent in the eSports industry. The Konami Company has a rich gaming history and a wealth of expertise for players to draw from. eSports players and those working in the industry will find an exciting environment where practical learning and cutting edge resources enable individuals to further themselves and the world of eSports as a whole. 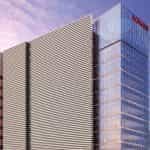