The multi-year deal, which covers both the men’s and women’s teams at Man City, involved the online bookmaker providing matchday betting via branded kiosks.

Marathonbet will also provide the Premier League club with exclusive digital content that will tie in with the fixtures and pre-match shows. The Betting kiosks and content will be ready for the start of the 2018/19 season in August. The Marathonbet logo will also appear across the Etihad Stadium and on matchday interview backdrops.

Marathonbet had previously had an agreement with Manchester United, which ended last month.

Senior Vice President of partnerships at City Football Group, which owns Manchester City, Damian Willoughby, said the deal will improve the matchday experience for fans: “We are delighted to welcome Marathonbet to Manchester City. Marathonbet shares our commitment to providing fans across the world with the best possible matchday experience, whether that’s at the Etihad Stadium or following around the world through digital platforms.

Marathonbet has a great history of innovation and we excited by their plans to engage with City fans through this new partnership.– Damian Willoughby, Senior Vice President of partnerships at City Football Group

Chief Executive Officer at Marathonbet, Natalia Zavodnik, said that the announcement was a marker of the bookmaker’s intention as a global brand: “We are delighted to be able to announce this global partnership with one of the most exciting clubs in world football. The club shares our ideas of innovation and providing their supporters and football fans alike with extraordinary odds, markets and experiences; something we saw with their record-breaking 2017/18 season.”

Zavodnik hinted that Marathonbet would be offering enhanced odds for Manchester City fixtures for fans betting at the stadium during fixtures next season. 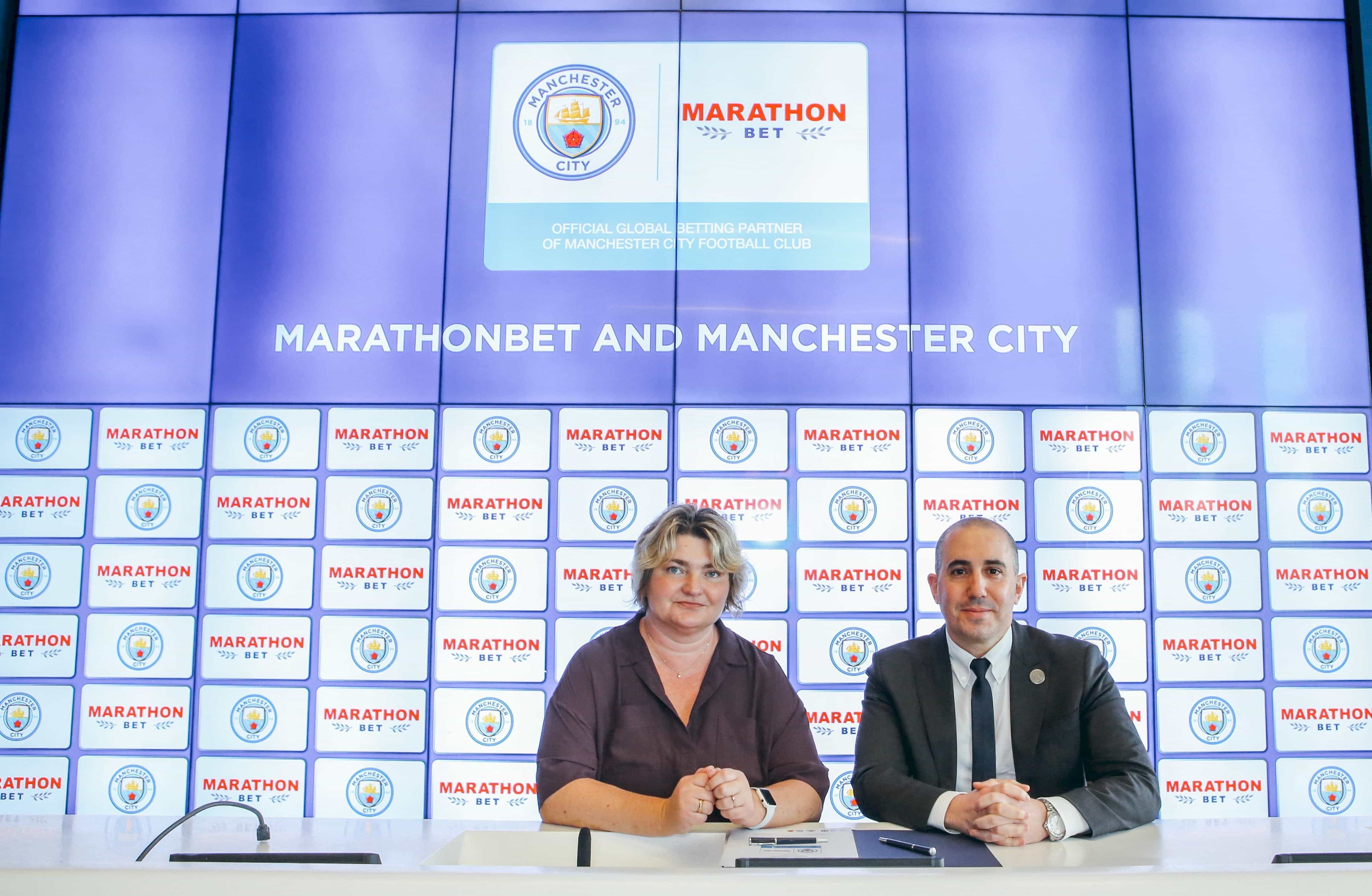 Marathonbet launched in 1997 and currently has commercial partnerships with other football clubs including Hibernian FC, CF Malaga and Dynamo Moscow. The company was the shirt sponsor for Fulham FC between 2013 and 2015 whilst holding a sponsorship spot on the back of Dynamo Kiev’s shirts during the same period. The company also has 50 licensed retail shops in Belarus. 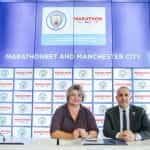