The Weird Laws of Nevada – What Can’t You Do?

Las Vegas, Nevada is a city shrouded in myth, where the laws of nature just don’t apply. Ever heard the phrase ‘What happens in Vegas, stays in Vegas?’ There’s a reason people say that. It’s a place of twinkling lights, endless casinos and fabulous entertainment. There’s more to Vegas than just that though. It’s a place that attracts a certain kind of anarchy, which you might well remember from Hunter S. Thompson’s epic ‘Fear and Loathing in Las Vegas’. As a matter of fact, there are a whole bunch of weird laws in Nevada. Behind every crazy law, there’s a crazy story – and Nevada ain’t short on those.

Lotteries Are Illegal in Nevada

You may think this odd, as Nevada is famously THE gambling hub of the USA but when it comes to the lottery you’re better off going basically anywhere else (especially to online lotteries). There are only six states in America that have banned lotteries and Nevada is one of them. The sale of any kind of lottery ticket is prohibited across the state, and a state lottery is banned by the constitution. For those Nevada residents who just can’t bear another week without getting their hands on a ticket for the next Powerball, the state has no problem with them driving over state lines to get their hands on one. 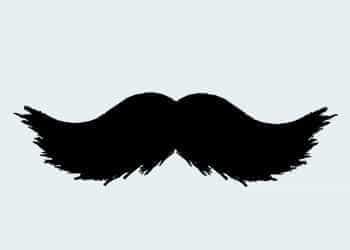 In the town of Eureka, Nevada, there is a very strange law concerning facial hair. It comes from a time in the 1800s when laws against messy facial hair were quite common. In the past, if you were a guy trying your luck with the ladies, you’d better not be rocking a Selleck mustache, or you’d find yourself in trouble with a different kind of fuzz.

Don’t ask us why, but somehow this antiquated law never got rewritten. Boys, don’t go reaching for the razor just yet though! You’re safe to stroll the streets of Eureka with the biggest mustache in town these days, though that decision may make for some strange looks. No one’s enforcing this law, so it remains simply as a historical quirk.

Everyone in Elko Must Wear a Mask

This has to be one of the strangest laws on this list. It might seem pretty random, but there was actually a really important reason for this law. Elko is a city in the heart of northeast Nevada. Back in 1918, the small town suffered a horrendous outbreak of influenza. In an attempt to contain the disease and save lives, this law was passed. The idea was that if you were wearing a mask, you might not inhale the deadly disease. This law is completely ignored now, so you’re safe to visit Elko without a mask – you probably won’t even catch so much as a common cold!

If you’re a pigeon, you might want to find somewhere else to go on vacation. You’re likely to find yourself a bit on the peckish side in Las Vegas, since it is now illegal to feed the pigeons there. Unlike other weird laws in Nevada, this one isn’t a hundred years old. In fact, this law was passed unanimously in October 2018. So what gives? Apparently, the growing pigeon problem presents a health risk to the general public. It’s not just the pigeons, but also their droppings that could be harboring diseases. Even if a cute bird gives you the puppy dog eyes, you won’t want to risk it. Feeding the pigeons carries a lofty fine of up to $1,000, plus up to 6 months behind bars! Just because you’re a pigeon fancier doesn’t mean you have to be a jailbird!

Camels off the Highway!

Camels reading this article – look away now. You might face a little prejudice in Nevada, even if you’re just trying to get from A to B. Camels are not allowed on the highway, either on hoof, or stashed in a van. Back in 1800s, camels became a bit of a problem on the roads. They were used as a method of transport and to carry goods. Maybe it was because they were great at coping with that famous Nevada heat, but camels became incredibly popular. We’d like to imagine that there was such a thing as ‘camel jams’ that caused gridlock and mayhem on the highways – but this isn’t exactly true either. Camels are feisty creatures with independent spirits who desire the same thing as all Americans – freedom. Clearly, loose camels caused traffic mayhem.

You Can’t Pawn Your Dentures in Vegas

If you’re considering pawning your dentures, then perhaps it’s time to call it a night. It seems as though someone out there wasn’t so sensible though. Why else would a law like this be written? Seems like someone wanted just one more game, but it’s pretty strange that law got involved. It’s also very strange to imagine any pawnshop wanting someone’s old dentures, but who are we to say. If you are planning a trip to Las Vegas and you do have an abundance of dentures that you’re keen to capitalize on, then you’ll simply have to pawn them before your trip. Las Vegas pawnshops are strictly a denture-free zone.

No Hula Hoops on Fremont Street

This weird Nevada law is founded on logic – although that might not seem apparent at first. Fremont Street, also known playfully as ‘Glitter Gulch’, is one of the most famous streets in Las Vegas. It’s a huge draw for tourists as there are loads of famous casinos there. You might even recognize this legendary street from the movies. It’s iconic twinkling lights featured in ‘Viva Las Vegas’ and ‘Diamonds Are Forever’. Anywhere that attracts tourists will also attract street performers – and that’s where hula hoops feature. Many of these street performers don’t have permits, posing a problem for the city council. Apparently, the hula-hoop performers blocked pedestrian traffic, which had a knock-on effect on local business. The solution? A complete hula-hoop ban. A ban might seem extreme, but it is justified according to one councilman – ‘These aren’t little Hula-Hoops. They’re big Hula-Hoops’.

We’ve included this weird law, although it has actually been recently repealed. In 1965, a law was passed to prohibit communists from being employed in the state of Nevada. These days that might seem pretty extreme, but it really wasn’t so long ago. The Cold War blew over with the collapse of the Soviet Union in 1991, so why did it take so long for this law to be repealed? The U.S was in the grip of the Red Scare during this era, and many people feared a rise in communism. This fuelled anti-communist feeling, causing such laws as this to be put in place.

You Can’t Throw Items out of a Chairlift

This really should go without saying, but you are absolutely not allowed to throw objects out of a chairlift. You cannot throw your ski boot at your sister. You cannot throw your Popsicle at a snowboarder. You absolutely, cannot hurl tennis balls at a field trip of kindergartners. You name it; you’re not allowed to throw it. Who knows why this had to be passed into law. However, for every weird law in Nevada, there’s an outlaw who just wants to do something stupid. 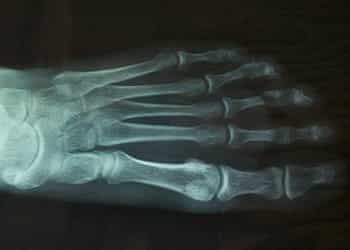 There are some pretty weird laws in Nevada, but when it really comes down to it this one is probably the weirdest. There is a good reason for this law though. The shoe-fitting fluoroscope, also known as an x-ray shoe fitter, was invented around 1920. It was basically a wooden box containing an x-ray machine that you’d put your feet into. The customer would wiggle their toes, while the salesperson looked at the x-ray to see how much room was in the shoe. This was a really brilliant invention, especially for children. It had one big drawback though – radiation. The amount of radiation emitted per fitting was small, so the device didn’t have any noticeable effect on customers. It was the employees at the shoe store who suffered, as they’d be exposed to the harmful radiation on a daily basis. Radiation exposure causes burns, and in one terrible case, a shoe model had to have her leg amputated. As a matter of safety, the shoe-fitting fluoroscope was shelved and its use made illegal.

This is a law that we definitely think Las Vegas has got right. The vuvuzela. This unassuming piece of plastic might look innocent, but it has some seriously bad qualities. The habitat of the vuvuzela is the arena – the bigger the better. When gathered on mass, the sinister power of the vuvuzela becomes clear. Its death cry will haunt your dreams and might even pop your eardrum to boot. It’s a pointless plastic banshee that is at best litter, and at worst, pestilence. We thoroughly agree with the UFC president who said “This decision was pretty simple. Vuvuzelas make the most horrific sound I’ve ever heard. I’d rather let [someone] punch me in the face than hear 15,000 people blow on those things.”