Renovations are set to begin within months as the famous Casino and Hotel resort located just of the Las Vegas strip is set to become one of Sin City’s premier hotel experiences. The property will eventually come under Branson’s Virgin Hotels brand of which there is only one other currently located in the United States at this moment.

The entrepreneur with a net worth of $5.1 billion spoke at a press event outside the hotel to reveal his excitement of the Las Vegas purchase.

Virgin is all about fun, entertainment, not taking ourselves too seriously. Virgin Atlantic has had a lot of fun flying tons of people to Las Vegas from Britain for many years. Virgin America has done the same, and we wouldn’t have just come to Las Vegas unless we could’ve found the property that was very Virgin, and I think that’s what we’ve achieved. – Sir Richard Branson, Founder, Virgin Group

It remains to be seen what the impact of the purchase of the 23-year-old property will be for the Las Vegas casino industry. The casino-hotel promises to be one of the Strip’s luxurious attractions as the business mogul pledges to spend hundreds of millions of dollars on the renovation. 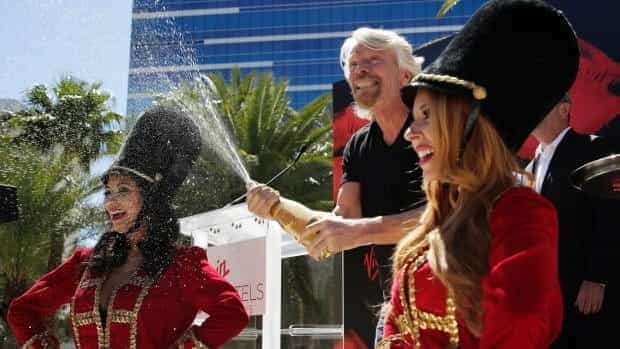 Branson celebrates with champagne at the announcement of the acquisition in Las Vegas. ©The Washington Post

The entrepreneur is no stranger to Sin City having taken both of his children there to educate them about money and the ‘perils of gambling’. In his autobiography, ‘Finding My Virginity’, Branson explained how giving his kids $40 in gambling chips and watching them lose it all very fast is a fantastic example of how everybody thinks they can win, but you will eventually lose. Perhaps the crux of the education is apparent now as Branson went on to say.

“There’s a saying in Vegas, the house always wins. And that’s true; the only people who make any money out of casinos are the owners. And they make plenty of it.” 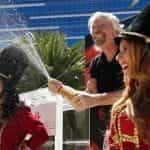