The online lotto gambling site has launched the UK’s first Bitcoin lottery with a jackpot of 1,000 Bitcoins available.

The current value of the main prize is £14,212,536 but the volatile cryptocurrency could be worth even more by the first draw tonight (Monday 18th December). Since just September this year, a single Bitcoin has risen in value from £2,700 to £14,100. 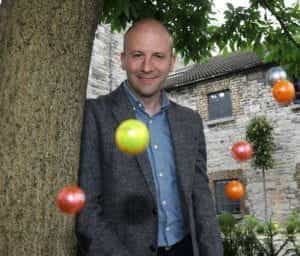 At the start of 2017, Bitcoin was valued at just over £800 per coin. Its remarkable rise has brought fame to the deregulated, blockchain digital currency.

The Lottoland draw will take place every day except Sunday, and is open to Irish gamblers. The format is based on the Irish lottery, where players must choose six numbers out of a pot of 49. The odds of winning are roughly 14 million to one.

Graham Ross, Lottoland’s Irish country manager, said it presented a chance for customers to jump onboard the Bitcoin bandwagon.

The Gibraltar-based Lottoland entered the Irish market in March 2017 but will be looking for new products after the UK government announced a ban on third-party EuroMillions bets earlier this month. The company had revenues in the region of €300 million (£26m) last year and reported having more than six million customers worldwide. However, UK regulators made the call to put an end to third-party betting on the outcomes of lotteries which take place outside of the UK.

At the time of the decision, Nigel Birrell, CEO of Lottoland, said the company was reviewing its options before deciding on its next steps.

Bitcoin is a worldwide phenomenon, and Lottoland is giving our customers the opportunity to get involved in the big league. Graham Ross, Country Manager for Ireland, Lottoland

Bitcoin launched in 2008 by an unknown creator known only as Satoshi Nakamoto. It is completely decentralised and is, therefore, free from any government regulation or control. The cryptocurrency has been criticised in the past as being a vehicle for organised crime and dark web transactions.

Other vocal opponents of the currency have warned of a ‘Bitcoin bubble’. Axel Weber, the board chairman of big bank UBS, warned on Sunday 17th December of a currency crash. He also called for increased regulation of Bitcoin, with an increasing number of small investors jumping on the bandwagon. 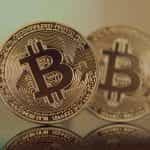