Wealth is pouring into Singapore at a rate never witnessed before in the city’s history. Exacerbated by the pandemic, China’s wealthiest families and business people are spending billions on real-estate, luxury depreciating assets, healthcare, and leisure. Singapore’s premier casino, Marina Bay Sands, has reported a surge in gross-gaming revenues in the latest financial period, helping analysts quantify the super-wealthy’s appetite for casinos and gambling products. 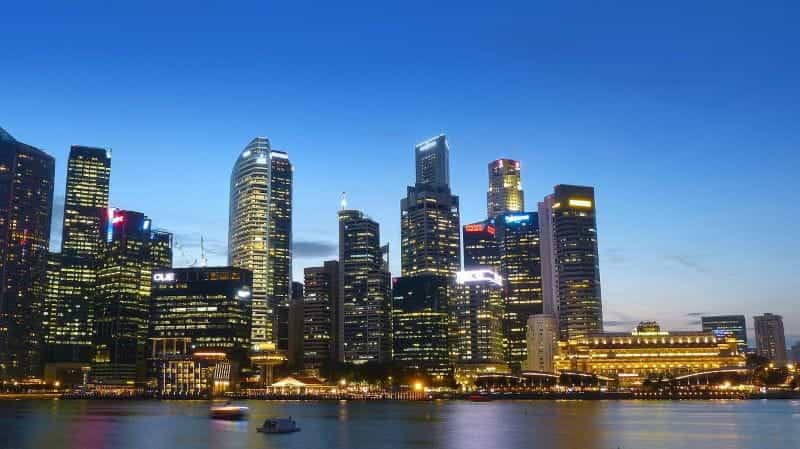 The night sky over Singapore has become one of the most valuable commodities in global real-estate. The city is experiencing a surge in interest which is fueling a major surge in gambling activities, with big boosts coming to the income statement of the city’s number one casino, Marina Bay Sands. ©cegoh/Pixabay

Singapore has a unique appeal for wealthy Chinese, Malaysians, and Indonesians. For a long, while it has been an attractive location to enjoy a shopping vacation, come and get a medical check-up, or play cards and roulette at the city’s luxury casinos. The pandemic has transformed this outlook, making Singapore not just a nice vibrant holiday destination, but a permanent residency location for Asia’s highest net worth individuals.

The evidence of this change in behavior is clear, one check at the Singapore real-estate price developments can see that the city has been rising sharply since the end of 2018, all whilst other major hotspots including London, New York, and Paris have seen residential property prices on a downwards trend. The services that attract these people are also seeing massive increases in fees, from golf club memberships to 50th floor wine clubs; the city’s appetite for supreme wealth is growing.

Helping this trend gather momentum is the comprehensive response to the pandemic being delivered by Singapore’s authorities. The vaccine rollout has been rapid, and already some 45% of the population have received at least one dose of the vaccine. This high completion rate is allowing the city to control infection rates, and keep its booming leisure industry going whilst other parts of Asia are reeling from new strains and out of control infection rates.

One of the biggest and most popular casinos in Asia is the Marina Bay Sands. The highly recognizable and iconic venue have enjoyed the benefits of the wealth influx to Singapore over the past 2 years. Whilst the pandemic did put a dent in their revenue generation, future prospects look immense as Singapore is quickly becoming flooded with foreign wealth that often finds its way into the coffers of local-leading businesses.

Marina Bay Sands hasn’t been without incident though, and during the previous months, it has been forced to shut down its venue following a couple of positive COVID cases within its staff. Following a deep-clean, during the middle of May, the casino was declared safe to open again, and an enhanced testing scheme has now been implemented for all staff working in the enormous venue.

In light of the Singaporean efforts to mitigate the effects of COVID the casino has drastically stepped up its containment efforts in recent weeks. These measures include moving over 3,000 employees into remote roles, rather than having them work from the central office. In operational terms, there have been fundamental changes to the way things are managed. Electronic gaming terminals at the casino have been separated by at least 1 meter, and no more than two customers are allowed to play simultaneously at the same table.

Staff that do remain working in the casinos will be upholding the highest standards of hygiene, cleanliness, and sanitation. On top of already being subject to regular testing before they are placed to work a shift, staff members will all be required to wear masks, cover their hands with plastic gloves when handling chips, and regularly sanitize high-touch areas around the venue.

Despite these stringent measures being introduced at the casino, there has been a surge in popularity and customers will be enjoying the new freedoms that come with being vaccinated. In this capacity, we fully expect to see a huge return on the tables for Marina Bay Sands going into the second half of this year. 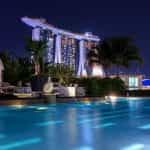