Shortly after partnerships in Venezuela and the Dominican Republic, Pragmatic Play continues its Latin American business via a deal with BetPlay. Colombian gamers may know BetPlay via its connection with Corredor Empresarial, the national lottery operator for Colombia. This partnership means that BetPlay users will now be able to access Pragmatic Play’s entire catalog of online slots. This is not Pragmatic Play’s first venture into Colombia: in November 2020, it also partnered with local platforms Luckia and Zamba.

In a statement about the partnership, the Vice President for Pragmatic Play’s Latin American business, Victor Arias, referenced that Colombia’s gambling market — while much newer than in many other countries — is one of the strongest to watch in Latin America, thus explaining why the company has continued to grow its business there.

Pragmatic Play is well-established for having an impressive online catalog of hundreds of virtual slots (in addition to its video slots and table games). The developer is known to release around five new games per month, and some of its newest titles include Gates of Olympus and Hot To Burn: Hold & Spin.

Other popular games made by Pragmatic Play include The Hand of Midas, Big Bass Bonanza, Mysterious Egypt, Emerald King Rainbow Road, Dragon Kingdom: Eyes of Fire, Eye of the Storm, Pirate Gold Deluxe, and Star Bounty. BetPlay users will now be able to access all of this — and many more!

BetPlay is the online gambling site founded by Corredor Empresarial S.A., one of the leading gambling companies in Colombia. BetPlay users have a choice of a wide variety of gambling options, from sports betting (football, tennis, basketball, and live betting) to slots, poker, roulette, holdem, and baccarat.

BetPlay (on behalf of Corredor Empresarial) was able to secure a license to operate online gambling in Colombia in 2017, just a short time after the nation’s government elected to make regulated online gambling legal. As such, it was one of the first companies given such certification.

The last year has seen Malta-based games developer Pragmatic Play build an impressive presence across multiple countries in Latin America. In just the last few months of 2020 and the beginning of 2021, the company struck deals with operators in Colombia, Peru, Venezuela, and the Dominican Republic.

The reason for Pragmatic Play’s success in striking deals with Latin American gambling operators is due to its LATAM Hub, which is currently overseen by Marcos Ford and Victor Arias. Pragmatic Play announced that it would be establishing a LATAM Hub in June 2020, and its initial business began in Argentina.

In addition to its work with BetPlay, Pragmatic Play’s games catalog is already familiar to some Colombian gamblers, thanks to partnerships with Zamba and Luckia established in 2020. The deal between Pragmatic Play and Zamba came in October 2020, coming just shortly after Zamba also aligned with games developer Booongo.

Just a short time later, in early November, 2020, Pragmatic Play announced another partnership in Colombia, this time with Luckia, a local online gambling operator. This deal meant that Luckia users would be able to access Pragmatic Play’s portfolio of more than 200 online slots, with 5 new titles added each month.

Building A Presence In Venezuela

One of the more interesting international developments for Pragmatic Play was the company’s move toward growing its footprint in Venezuela, a country often overlooked in the Latin American gambling market, possibly due to the ongoing economic crisis and political upheaval in the country.

In just a few short weeks from November to December, 2020, Pragmatic Play announced partnerships with two separate companies in Venezuela: Parley.com.ve and Triples.com.ve. Pragmatic Play’s deals meant that the developer’s live casinos and slots options were available on both sites.

A Deal In DR

One of the more recent alliances between Pragmatic Play and a Latin America-based company came in mid-February, 2021, when the Maltese games developer announced that it had struck a deal with Dominican gaming platform Superbets. The deal meant that Pragmatic Play’s slots would be available first to Superbets users, with more to follow. 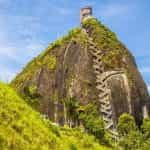