The online gambling multi-millionaire, who was an early investor in the digital currency Bitcoin, says he will fund his $100 million five-star resort entirely with money he made trading crypto coins.

Ayre, a Canadian-born gambling entrepreneur, says that work has already begun on the tourist resort on Valley Church beach, where he was appointed Antigua and Barbuda’s special economic envoy last year. The resort will accept Bitcoin Cash as various point-of-sale terminals spread around the property.

The prime minister of Antigua and Barbuda, Gaston Browne, said he is excited by the prospect of the project.

We expect the resort’s novel and exciting concept to broaden Antigua and Barbuda’s tourism product and bring a new category of tourists to our islands. We look forward to working with Mr Ayre on this resort and the many other investments he has made in Antigua. – Gaston Browne, Antigua and Barbuda PM

Ayre, who pleaded guilty to a federal misdemeanour last year has previously spent 10 years on the run from US authorities. The charge related to being an accessory after the fact relating to the transmission of gambling information in violation of the Federal Wire Act. The charges were filed against Ayre, the company he founded Bodog Entertainment Group, and three other Canadian men. The group had originally been indicted by the US Attorney for Maryland on charges of illegal gambling and money laundering. 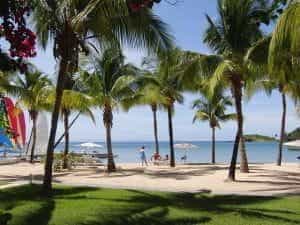 Carlisle Bay Antigua, a luxury resort on the island. ©Bitcoinist.com

The 56-year-old, who was granted the title of “his excellency” by Antigua and Barbuda, said: “This resort will attract a totally new market segment of tourism on the island — successful wellness-seekers who also want to have fun. The property will not be an all-inclusive destination. Instead, its amenities will be available to residents of Antigua and Barbuda and visitors alike.”

He added that in his discussions with the local Government about the project, he had agreed that the new resort would be in keeping with the government’s strategy of further upscaling tourism development.

Calvin Ayre is no stranger to life in the public eye. Having originally being barred as acting as a director of a public company following a share-trading scandal in the 1990s, he built one of the largest online gambling brands in the world. His success led to him judging televised lingerie contests during the Super Bowl and when Playboy magazine featured him in a six-page profile, he bought 3,000 copies of the issue himself. Calvin Ayre’s Twitter feed is also colourful.

In 2006, Forbes magazine ran a cover story profiling Ayre under the headline: “Catch Me If You Can: Calvin Ayre has gotten very rich by taking illegal bets over the internet.” 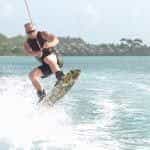